Feliciano to leave Cebu for Iloilo and Bacolod; EOC remains 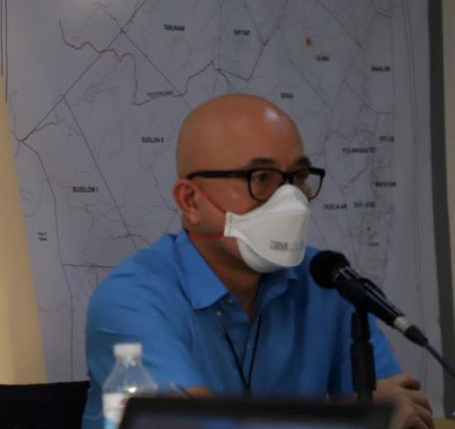 Assistant Secretary Jonjie Gonzales said on his Facebook page that Feliciano was set to leave Cebu on September 1, 2020 to manage the COVID-19 response in Western Visayas.

The announcement was made by Presidential Assistant to the Visayas, Secretary Michael Lloyd Dino, during a meeting with Bacolod City Mayor Bing Leonardia on Thursday, August 27, 2020.

Feliciano will be dividing his time between Bacolod and Iloilo as the COVID-19 cases in the two highly urbanized cities are increasing.

For Cebu City, the Emergency Operations Center (EOC) established by Feliciano, will continue his work in monitoring and controlling the spread of the COVID-19.

EOC czar, Councilor Joel Garganera, will be left with the task to maintain the “flattened curve” of cases in the city.

In an interview on Thursday, Garganera said there were more to be done even with the flattened curve as occasional spikes of the cases were still observed weekly.

The most recent number of new cases in the city has reached 37 based on the reports of the Department of Health, with two additional cases based on EOC data, a total of 39 new COVID-19 cases for one day.

The 39 cases are considered a slight spike in the flattened curve, which Garganera said was expected from time to time and would remain to be the city’s challenge in the fight against the coronavirus.

At least 23 of the new cases have already been isolated and contact tracing has been conducted. Their households or compounds have been locked down as well.

These cases come from 16 barangays in the city, and two of the barangays were previously declared COVID-free already. This means that only 33 barangays are left COVID-free in the city as of now.

The police force also recorded additional cases. On Wednesday, August 26, 2020, the Cebu City Police Office (CCPO) announced that the CCPO’s last policeman being isolated had already recovered and had been found negative of the virus.

However, on Thursday, three more policemen caught the infection.

“This is why we continue to work hard, we continue to urge our public to maintain social distancing, wear masks, and disinfect because it never ends until it ends,” said Garganera.

The EOC is now working together with the Business Processing and Licensing Office (BPLO) in monitoring workplaces and establishments, which have become the new concentration areas for transmission.

Garganega said this new trend of transmission must be controlled to avoid a second wave or another rise of the COVID-19 cases. /dbs