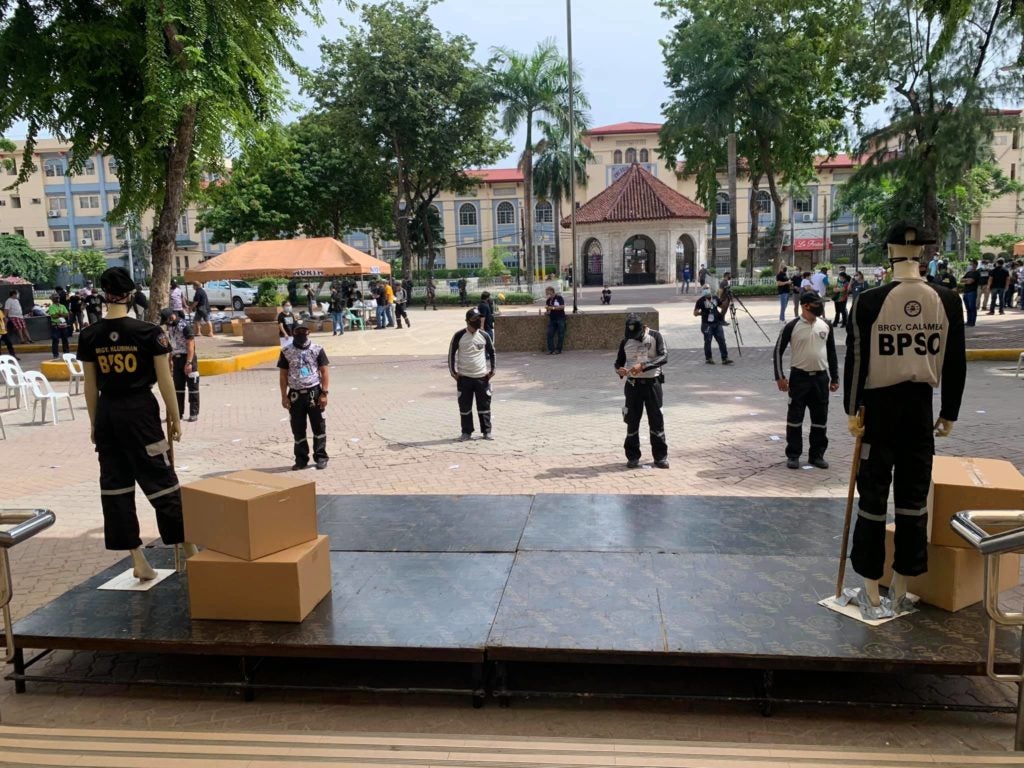 The Cebu City government has released new uniforms for the barangay tanods in the city. | Contributed photo

CEBU CITY, Philippines — Cebu City Mayor Edgardo Labella encourages the barangay tanods to ensure that the quarantine protocols are maintained in their barangays.

Labella’s call was made when the city government distributed uniforms and cudgels to 1, 600 barangay peace and safety officers (BPSO) or tanods through the Liga ng mga Barangays (LNB) on Saturday morning, August 29, 2020.

Labella, who led the distribution, told the tanods that the uniform would provide them a sense of authority and make them different from the rest of the residents.

READ: In Photos: Cebu City tanods to get new uniforms

This authority should be used to uphold peace and order in the barangays especially at the time of the quarantine.

(General Roy Cimatu texted me that we may be downgraded to an MGCQ by September. What I am asking is that we help each other maintain peace and order.)

The cudgels are one meter in length and Labella said this was for the tanods to be able to measure the proper social distancing between people while they go on their rounds.

He reminded them that the batons should not be used for violence and only for necessary defense. The tanods must also uphold human rights in their barangays.

The city government promised the tanods that after the uniforms and cudgels, they would be provided with shoes next./dbs