What to expect in Talisay City under MGCQ

After two months of being placed under General Community Quarantine (GCQ), Talisay City residents can now experience a slight relief from the strict quarantine protocols due to the coronavirus pandemic.

Under EO 28, more businesses are now allowed to open in the city under the MGCQ including barbershops at 50 percent operating capacity, art galleries, libraries, and museums.

Below is the complete list of establishments allowed to operate under the MGCQ in Talisay City and their allowable operating capacity: 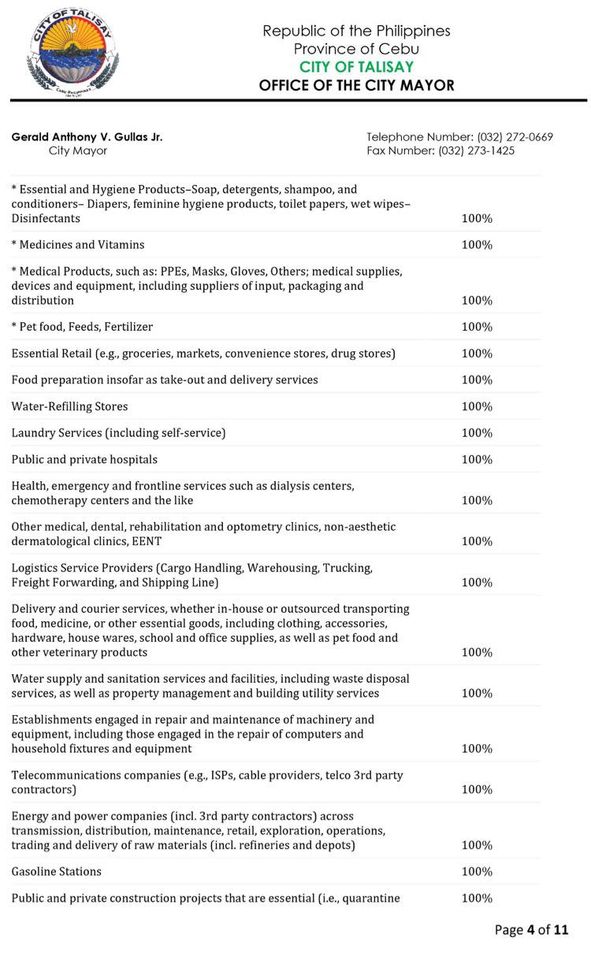 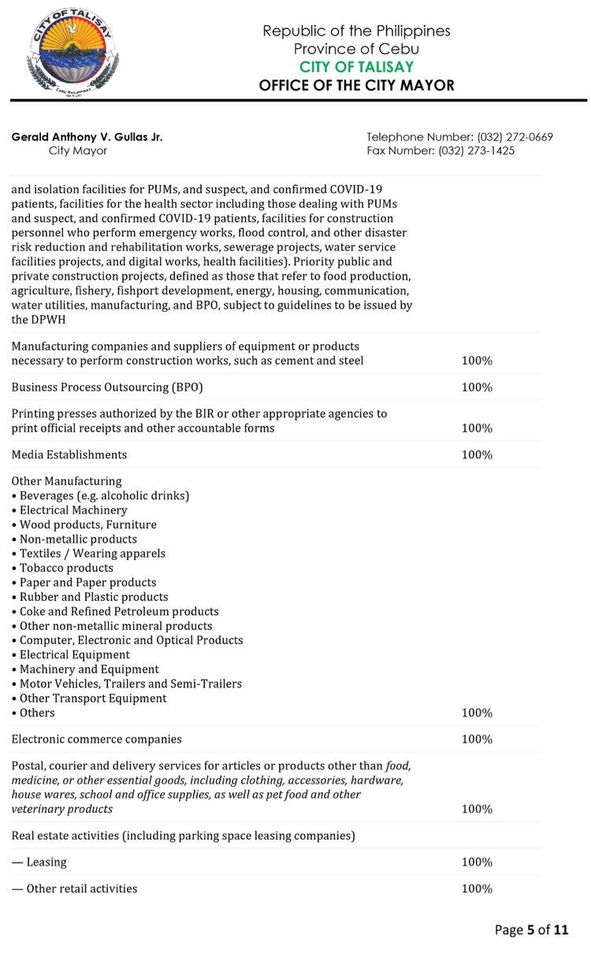 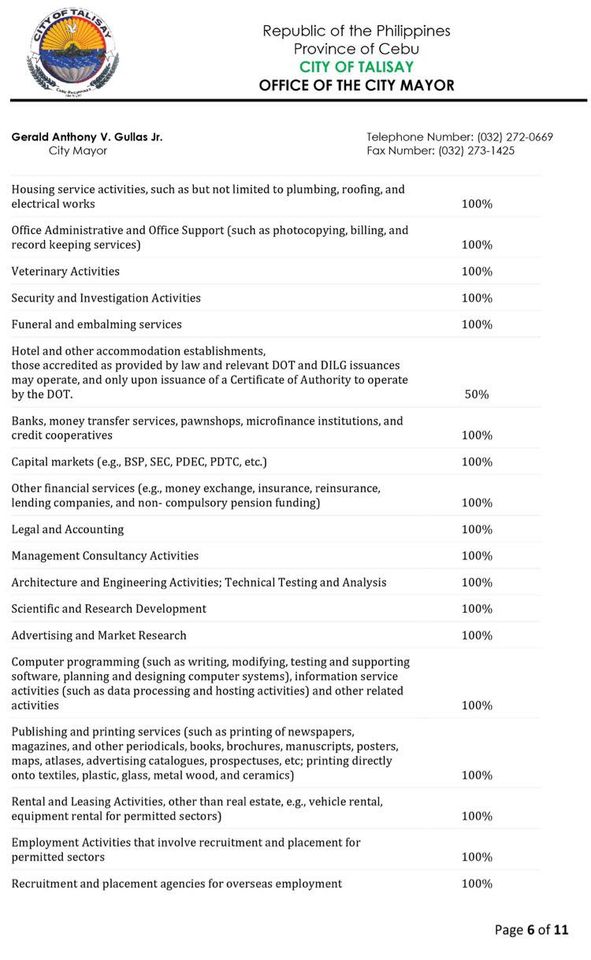 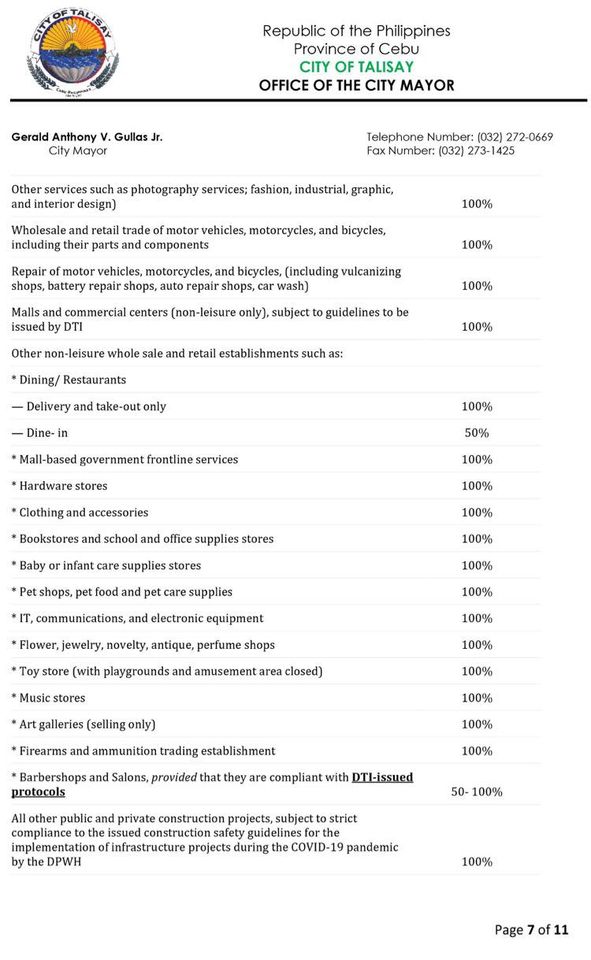 Dine-in restaurants can only accommodate up to 50 percent and they are encouraged to allow dine-in customers to eat at an open space.

If they do not have an open space, the restaurant must install an air purifier to avoid the spread of droplets carrying potential coronavirus in the air.

Buffet or self-service styled dining is not yet allowed in the city even under MGCQ.

The EO 28 also details the new market schedule, which would allow half of the barangays in the city to go out three times a week.

Gullas promised to reevaluate the stay-at-home Sundays, but as of now it will be maintained weekly.

All forms of gamblings are also prohibited within the city and those who will be caught violating such will face sanctions or even charges.

Residents who are working in Cebu City may enter Talisay City anytime through any of the borders. However, no person shall be allowed entry to Talisay City for the sake of leisure.

Gullas mandated all agencies in the city especially the barangays to uphold the quarantine protocols. He also urged the public to follow the protocols and consciously abide with the guidelines to prevent another spike in the number of cases. /bmjo

Read: Bulacao entrance to Talisay opens from 5 p.m. to 9 p.m.