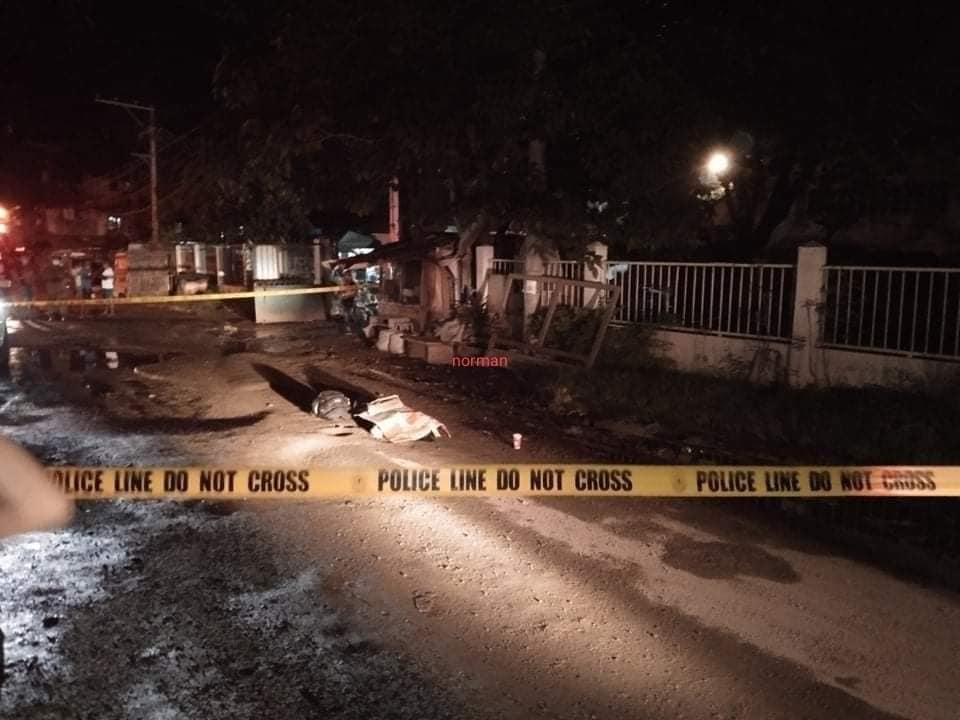 One of the suspects of the 2019 J Center Mall robbery was shot dead this evening, September 14, 2020, along Sitio Superior, Barangay Looc, Mandaue City. | Contributed Photo via Norman Mendoza

CEBU CITY, Philippines — One of the suspects of last year’s robbery at the J Centre Mall in Barangay Bakilid, Mandaue City, was shot dead this evening, September 14, 2020. Julivyn Terante, 43, has just posted bail and has just gotten out of the Mandaue City Jail when he was killed.

Terante, who temporarily resides in Barangay Subangdaku in Mandaue City, died a few meters away from the Mandaue City Jail in Barangay Looc, Mandaue City after two unidentified gunmen shot him in the head and stomach at past 6 p.m.

Police Staff Sergeant Wilken Enricoso, investigator of the case, told CDN Digital that Terante was walking home with his common-law wife after being released from the Bureau of Jail Management and Penology facility when he was attacked.

Initial investigtion showed that Terante was waylaid by two armed assailants when he was about seven meters away from the BJMP facility. The assailants emerged from a gray Toyota Innova, blocked the path of Terante and his common law wife, and shot Terante several times. After seeing Terante fall to the ground, they then hurriedly boarded the vehicle and fled to an unknown destination.

Enricoso said that Terante suffered two gunshot wounds in his head and in his abdomen.

He also said that they still did not know what type of gun the assailants used in the fatal shooting attack.

As of this time, Enricosa said that they continued to gather more details about the fatal attack, hoping that they would be able to trace the whereabouts of the suspects.