Tisa drainage needs to be realigned to solve heavy flooding 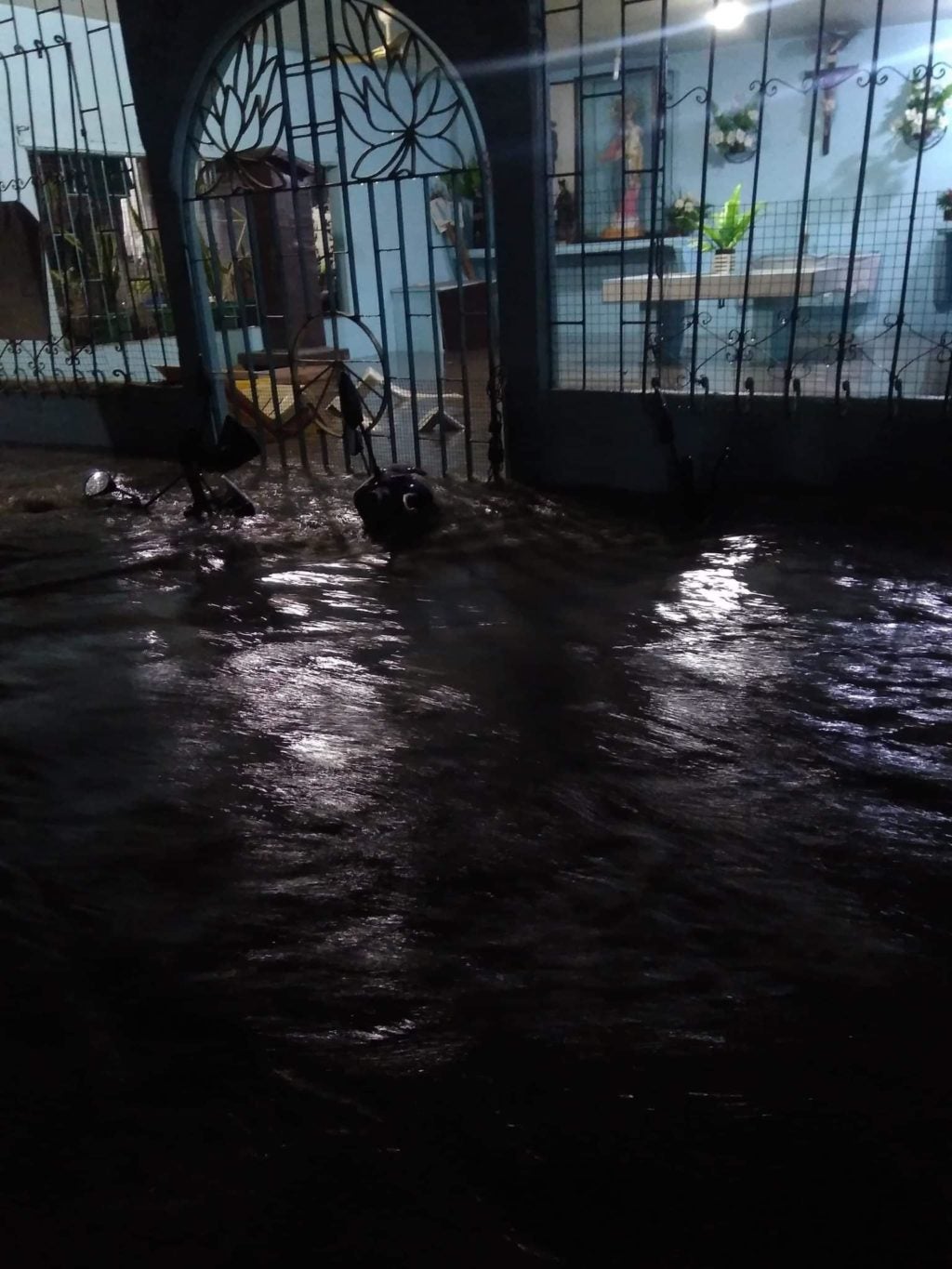 CEBU CITY, Philippines — The residents of Sitio Tambis and Sitio Lutaw-lutaw in Barangay Tisa, Cebu City, have been recording for years the rise of the floodwater in their area.

They do this by marking the level of floodwater on the wall of the Sto. Niño Chapel, which is shared by the two sitios.

This year, after heavy rains brought by a strengthened southwest monsoon on the evening of September 15, 2020, the residents marked the highest flood level at 8 feet high.

More than 15 individuals from four households were evacuated during the flood. They returned on Wednesday to clean up their homes.

Cecilia Cabarubias, a resident of the area, said that properties have been destroyed because of the rise of the floodwater throughout the years.

She said when the heavy rains caused a portion of their roof to fall, they have already left the house. She and her family now hope for assistance from the city government to survive the coming days.

City Disaster Risk Reduction and Management Office (CDRRMO) Officer-in-charge Ramil Ayuman said that the flooding in the area has been a problem in the last five years. It has yet to be addressed.

Ayuman joined Councilor Philip Zafra, the city council’s chairperson for the committee on public order, in saying that the creek in the area has been reduced into a canal, causing the constant overflow of water.

“Although 72 ang diameter sa culvert, but then again dili enough ni nga mo accomodate sa tubig baha kay nagliko-liko man, nya mobackflow man. (Although the size of the culvert is 72 diameter, it was not enough to hold the volume of water because the canal is intersecting and the water backflows),” said Zafra.

This is why the councilor is asking the city’s executive department to implement the master drainage plan of the city in order to fix the major flooding problems.

He said that as years pass, the floodwater level becomes higher as indicated in the informal markers at the Sto. Niño Chapel wall. It will continue to do so until the drainage problem is solved.

Ayuman suggests that an empty lot owned by then Aznar family can be used as a catchwater basin for the water. This can help in diverting floodwater to this area.

“It can be developed into a park, if the family allows,” said Ayuman.

The CDRRMO chief also said he will be pushing for the drainage projects to the disaster council because the safety of residents in low lying areas is now at risk.

He said as long as the drainage system is not fixed, the hopes for the residents of Sitio Tambis and Sitio Lutaw-lutaw for a dry and safe settlement will remain floating.  /bmjo