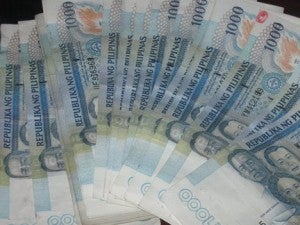 A spokesman of the family of slain Cebu businessman Richard Lim King said  they were “satisfied” with police efforts to solve the June 12 murder case.

However, no decision has been made yet  on whether it’s time for a P1.3  million tipster’s reward to be given and who, if any, qualifies to receive it.

“Yes, we are satisfied with results of how the investigation was handled,” said Edward Tan, head of marketing and communications of J. King and Sons Inc., after murder charges were filed on Tuesday against four suspects in Davao, including a self-confessed gunman and a police intelligence officer who allegedly brokered  the hit.

Tan said this “is definitely a big step forward” and “it is only a matter of time that all the dots will be connected.”

“(The) reward is just there.  What’s more important is that the case progressed faster than expected.  Let’s hope this will lead to the mastermind,” he said in a text message to Cebu Daily News.

The arrest of three suspects and voluntary surrender of  Supt. Leonardo Felonia, chief of the Regional Intelligence Unit 11 in Southern Mindanao, has focused interest  on who, if any, qualifies to receive the P1 million bounty put up by the King family and the P300,000 reward offered by Davao City Mayor Rodrigo Duterte for information leading to the capture of the perpetrators.

A report by the PNP Special Investigation Task Group (SITG) formed for the Richard King murder case said “information from a tipster” led police to arrest an armed man standing beside the highway in barangay Maa, Davao City at 10:30 a.m. on Sunday, June 22.

Davao police said they received a message from a concerned citizen on the same day through the police text hotline that the arrested man was the same one who shot King at the Vital C building last June 12.

The armed man, 24-year-old Paul Dave Molina Labang, was arrested.  After initial tearful denials, the  errand boy in the Laud Shooting Range later confessed that he was the one who shot King in the head on instructions of Supt. Felonia.

The next day, brothers Rommel and Rodel dela Cerna surrendered to police and confessed that the three of them were tasked by the police official to kill King in exchange for P120,000.
Felonia denied any hand in the murder and rushed to submit himself to Mayor Duterte.

He was soon relieved from his post and recalled to Camp Crame.

Davao police investigators said that they were able to establish a link with Rommel del la Cerna, the self-confessed lookout and a police asset.

“That is one evidence proving that the two might know each other,” Danao said.

In his signed confession, Rommel said his task was to locate King in the building and confirm the target’s presence for the gunman.

Police officials in Camp Crame said the murder case was considered solved with the filing of charges and that “business and hatred” was the motive behind the violence.

Investigators said they noted “internal conflicts within the victim’s business ventures” particularly over the alleged mismanagement of one of his co-owned companies that resulted in losses of about P150 million.