The autobots are back

Mark Wahlberg (“Lone Survivor”) and the Autobots, including Optimus Prime, team up to save the world in the latest offering of “Transformers: Age of Extinction.”

Gone for good is Shia LaBeouf who we collectively saw grow up from the first “Transformers” movie in 2007 as the then teenage Sam Witwicky first discovered his beat up and rusted Camaro was really a 20’ tall alien robot … through “Transformers: Revenge of the Fallen” in 2009 and finally 2011’s presentation of “Transformers: Dark of the Moon.”

And that is where we pick up this new version of the “Transformers” saga, leaving behind all of the silly comic relief which thankfully includes the entire Witwicky clan and their perverted family pets behind.

It’s been a good three years since the destruction of Chicago at the end of “Dark of the Moon” the Autobots and their eternal nemesis, the Decepticons, have gone underground to be invisible to the human race that now wants their collective metal heads on a silver platter.

Enter Wahlberg as Cade Yeager who is raising his incredibly hot “20 something” daughter Tessa (Nicola Peltz) on a bare stretch of land in “nowhere” Texas.  It just so happens that Yeager buys a worn out semi-truck, brings it home only to find—surprise—it’s really Optimus Prime.

Of course immediately pouncing onto Yeager’s front lawn are really nasty American agents that are in the business of rounding up and caging their former Non-biological Extraterrestrial Species Treaty (NEST) special operations robots and shipping them off to parts unknown so there will never be a repeat of the “Chicago incident.” 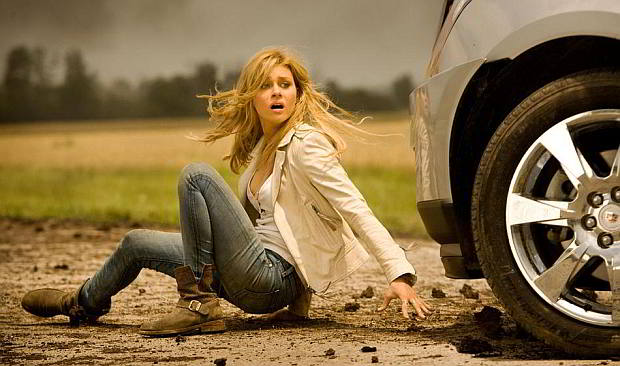 Oh, but this is a Michael Bay (“Armageddon”) directed movie and before you know it, humanity is again in a big pile of smelly poop as another evil metal monster shows up to terrorize terra ferma.

To be ready to review this latest “Transformers” movie, I watched all three “Transformers” films at once—back to back to back—and let me tell you, Michael Bay gets the very best out of his actors and special effects budget.

This time with Wahlberg, we finally have an Alpha male in charge.

Most of the really silly stuff that LaBeouf used to do is thrown over to Tessa and new boyfriend Shane (“Jack Reynor”) like being thrown out of a perfectly good building and expecting an Autobot to catch you.

No, Wahlberg is the only adult in the room and this “Transformers” saga is all the better for it. All of the really goofy stunts by LaBeouf are gone and Wahlberg has no problem duking it out with the bad guys, with or without a ray gun.

Director Bay and his long-time screenplay scribe Ehren Kruger, who penned the last two “Transformers” films and already hard at work at Transformers 5 confirmed for 2016, did their upmost to bring something new and different by bringing the Transformers to Asia—specifically to mainland China and Hong Kong—where the last third act of Age of Extinction takes place.

Also along for the ride are the “greedy businessmen” (every summer movie needs to have one) played by Stanley Tucci (Captain America: The First Avenger”) and Kelsey Grammer (“X-Men: Days of Future Past”) who want the secret of this alien “transformation” all to themselves.

But you have to remember that the real money for the producers and actors are not found in the box office but at the toy store where Hasbro, creators of the entire Transformer line of toys, really pressed Bay to add in their new line Dinobots in this new movie, which he does with a wondrous joy as they lay havoc onto Metro Hong Kong. 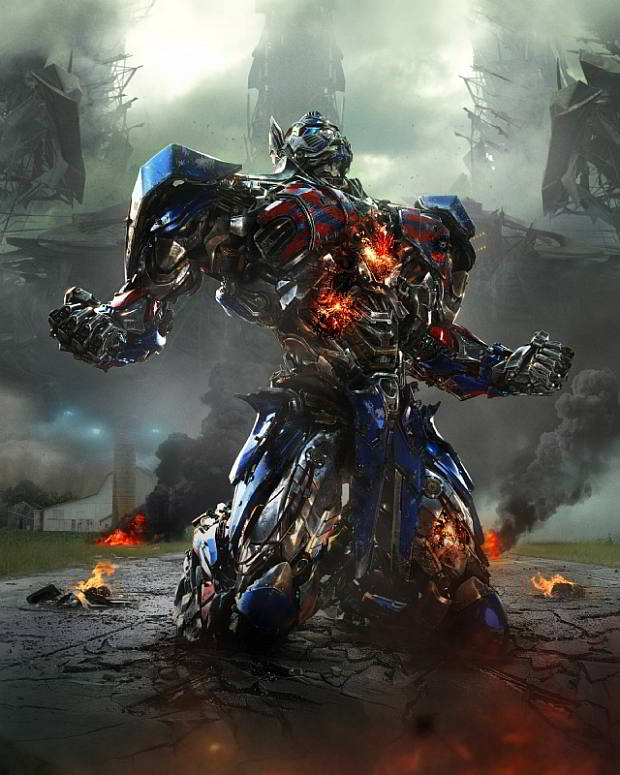 Hey, it’s summer and where would be without Marvel superheroes and Michael Bay and the Transformers?

At a running time of 2:45, you will be exhausted when you leave the theater but more than satisfied with “Transformers: Age of Extinction” that you got the most out of your hard earned pesos.

Questions, comments or travel suggestions, write us at [email protected]