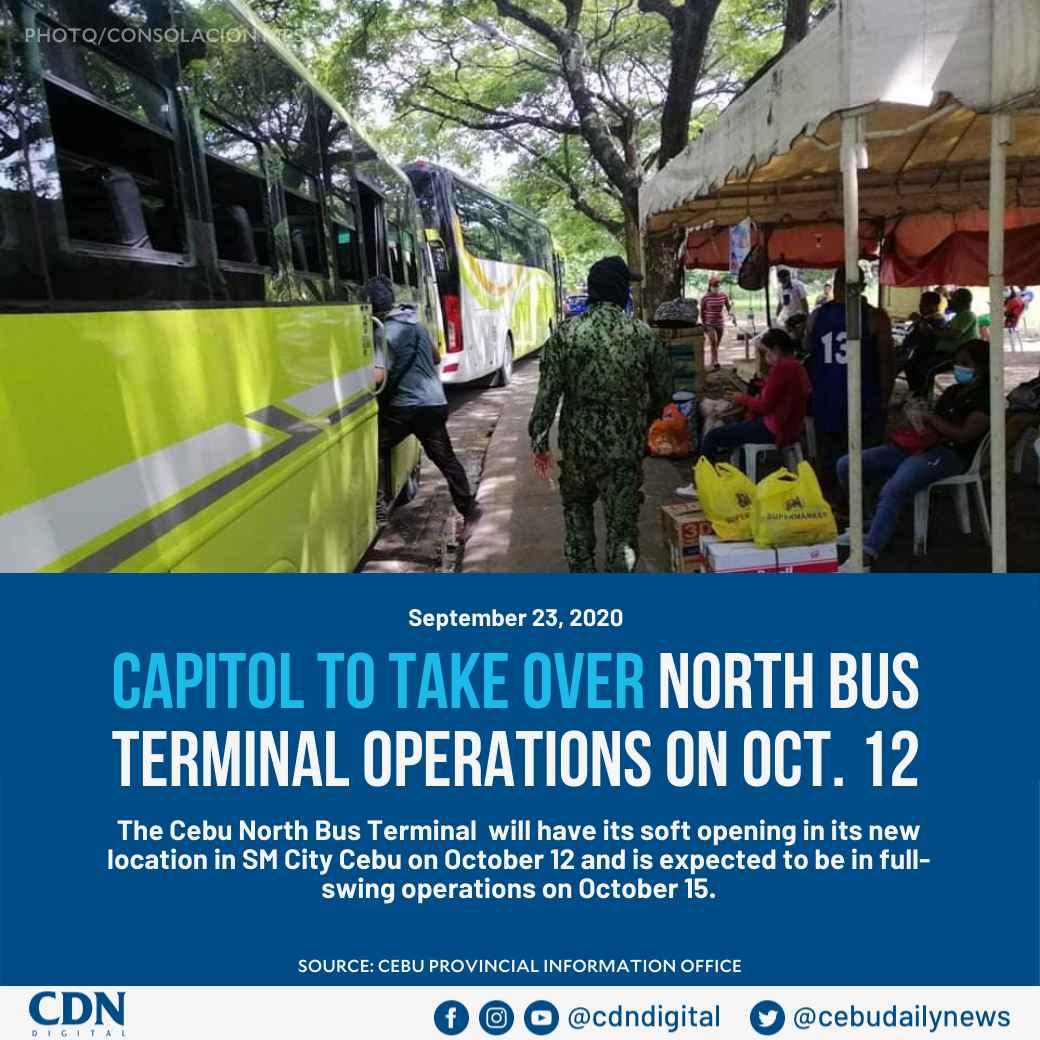 The Cebu North Bus terminal will have its soft opening on October 12 as it moves to a new location and under new management.

CEBU CITY, Philippines — The Capitol will already take over the management of the Cebu North Bus Terminal (CNBT) as the terminal moves to its new location by mid-October.

In a news release, the Provincial Information Office said the terminal would be moving to SM City Cebu and would have its soft opening on October 12. It will have its full operations on October 15.

Prior to the pandemic, the CNBT located in Barangay Subangdaku in Mandaue City was managed by a cooperative of bus operators as the Capitol managed only the Cebu South Bus Terminal in N. Bacalso Avenue in Cebu City.

The old CNBT sat on a Mandaue City government-owned lot in Barangay Subangdaku which is leased to the Cebu City government which in turn, concessioned the management of the terminal to a cooperative of bus operators. The lease agreement between the two city governments will end this October.

Mandaue City government earlier signified that it has no intention of renewing the contract as it intended to already use the lot. Following the pandemic, Mandaue City started to develop the terminal into an isolation facility.

When public transportation resumed upon the downgrade of the quarantine control status of the local government units in Cebu, buses plying to the northern side of the province temporarily used an area in Consolacion town in the north as its terminal.

“She (Governor Gwendolyn Garcia) hoped to mark October 12, her birthday, with the acceptance of the Cebu Provincial government to run the terminal in partnership with SM Prime Holdings, Inc.,” the PIO report said.

According to the PIO, the new CNBT will be located inside the SM City Cebu Compound in Barangay Mabolo. It will cater to about 90 public utility buses plying to the northern Cebu towns and cities.

The terminal is projected to serve around 300 trips every day and half of the 5000-passenger daily catered by the old CNBT before the COVID-19 pandemic.

“The decline in the number of passengers is brought by the stringent public health protocols that are continually imposed such as the 50-percent reduction in seating capacity to maintain physical distancing,” the Capitol explained./dbs

Read Next
Ordinance on proper disposal of face masks, other COVID wastes only needs mayor’s OK