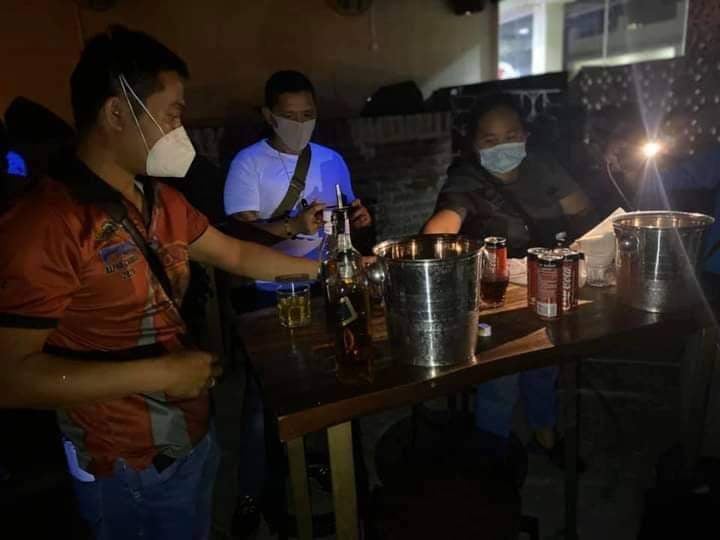 Policemen gather evidence from one of the tables occupied by clients of the Trademark. | Contributed Photo

CEBU CITY, Philippines – The Cebu City government may have started to loosen some quarantine restrictions here, but this does not mean that residents and even tourists are now allowed to party especially during the curfew hours.

Policemen in Cebu City arrested 36 individuals who were drinking liquor while on a night out on Friday, October 9.

Of the 36, a total of 27 were arrested while partying at the Trademark Bar that is located in Barangay Kasambagan.  Among those arrested were the seven foreign nationals – two Japanese, two British, one American, one Nigerian, and one Australian – and the bar’s manager, said Police Colonel Josefino Ligan, chief of the Cebu City Police Office (CCPO).

Ligan said the nine others were arrested while they gathered in a vacant lot that is located along the road in Barangay Busay. 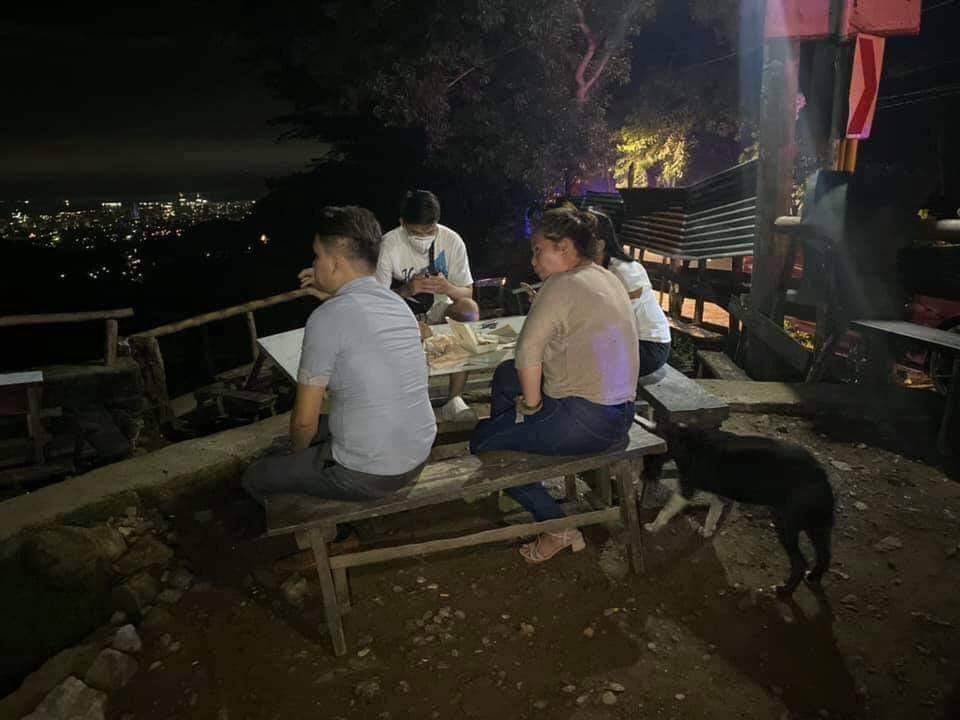 These individuals were arrested by police they gathered in a vacant lot in Barangay Busay. |Contributed Photo

The CCPO director said that charges for the violation of health and safety protocols in line with the implementation of the modified general community quarantine (MGCQ) will be filed on Monday, Oct. 12, against the arrested individuals.

Also, he will be sending a report to City Hall on the violations made by the bar.

“We will be making a report addressed to the city government for their penalty or towards the relinquish of their business permit,” Ligan referring to the Trademark Bar in Barangay Kasambagan.

Ligan said that while Mayor Edgard Labella has already lifted the liquor ban, only dine-in restaurants customers are allowed to consume a maximum of two bottles of liquor.

Entertainment joints like the Trademark Bar that they raided at around 10:30 p.m. on Friday have not been given the green light from City Hall to resume operations.

Also, all of the 36 arrested individuals were found to have violated social distancing protocols, Ligan said.

In an interview on Saturday morning, Oct. 10, Ligan said they planned their Friday night operation after getting reports from concerned citizens on the bar’s operation.

An informant also called the police to report the presence of people who were drinking liquor while they gathered in a vacant lot in Barangay Busay even if it was already 11 p.m.