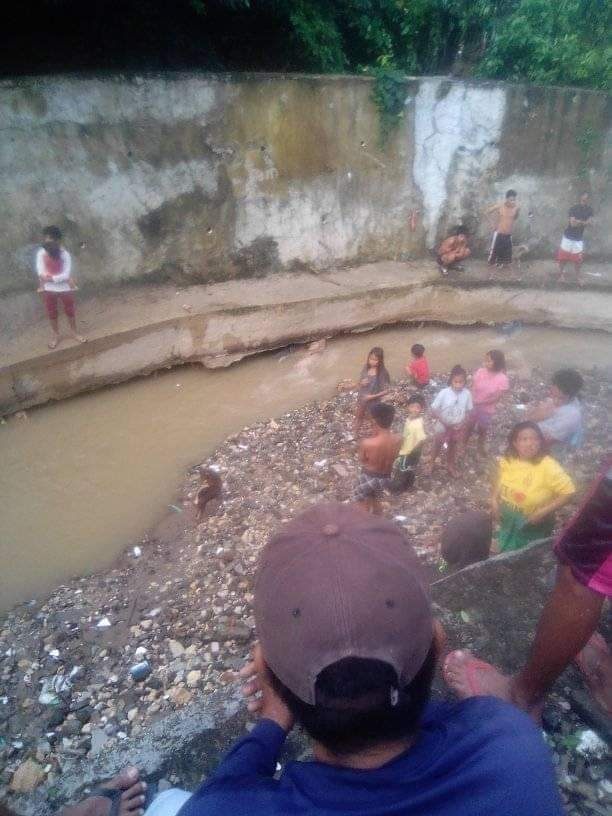 Residents in this portion of Sitio Bakilid in Upper Laguerta, barangay Busay, Cebu City surround the spot where the body of Leonardo Otto was found early Wednesday morning, October 14, 2020. | photo via Paul Lauro

One of the fatalities was 85-year-old Flavio Gonzaga Detuya, a resident of Sitio Creek Side, Barangay Lorega San Miguel.

Detuya’s body was discovered around 10 p.m. on Tuesday inside his house that was submerged in floodwater after the nearby Kamputhaw River overflowed.

Initial investigations from Parian Police Station showed that the senior citizen drowned after he was trapped by floodwaters rushing inside his home.

The city’s first-aid team rushed Detuya to Cebu City Medical Center (CCMC) but he was declared dead on arrival by the attending physician.

A few hours later, on the early morning of Wednesday, October 14, residents in Sitio Bakilid in Upper Laguerta of Barangay Busay discovered the body of Leonardo Otto in a nearby creek.

Otto, 48, and a resident of Sitio Tarcom, was reported missing on Tuesday evening. Authorities said he attempted to cross a creek there despite torrential current due to the heavy downpour.

Meanwhile, Ramil Ayuman, officer-in-charge of the Cebu City Disaster Risk Reduction and Management Office (CCDRRMO), also said in a post on his official Facebook page that responders are still searching for a missing 16-year-old residing in General Maxilom Avenue who was reportedly swept away by floodwaters.

Read Next
Oktoberfest at the Batasan