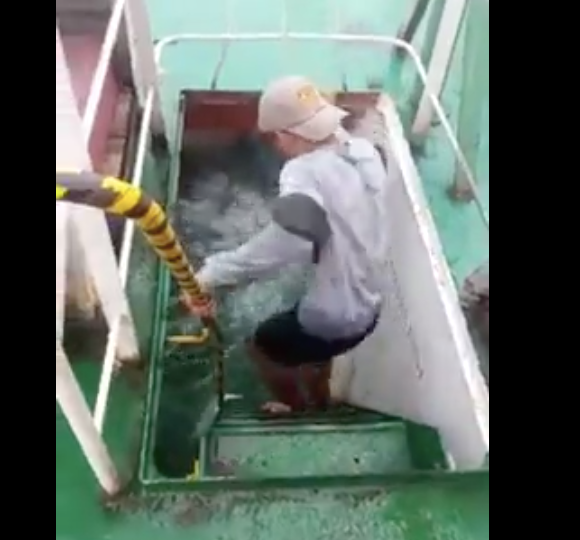 The crew of M/V Good Fortune is asking for help from the Philippine Coast Guard (PCG) after their ship has taken in water past 12 p.m. on Sunday, October 25. One of the crew members, Jhon Paul Lato (Facebook username: JP Lats), called for help through livestream video on Facebook, telling viewers that their vessel is within the vicinity of Bohol when they raised the distress signal. | Photo from JP Lats’ video. #CDNDigital

CEBU CITY, Philippines — Rescue operations are ongoing after a ship off the seawaters in Eastern Bohol raised a distress signal after it has taken in seawater on Sunday noon, October 25.

Acting Commander Alvin Dagalea of the Philippine Coast Guard in Central Visayas (PCG-7) confirmed to CDN Digital in a phone interview that their personnel assigned in Bohol has received a distress signal from M/V Good Fortune around 12 p.m. on Sunday.

Dagalea said rescue personnel from PCG were in the area to respond to the incident.

M/V Good Fortune, owned and operated by Tektite Shipping, is anchored within the vicinity of Lapinig Island in Bohol, carrying 16 people as its crew.

PCG-7 said the cargo vessel was carrying around 1,630 tons of cement from Naga City, Cebu, and was bound for Tacloban City when the ship encountered strong winds and big waves on Sunday, causing its engines to malfunction and the vessel to take in seawater.

Read Next
Some sea trips from Cebu cancelled due to Quinta