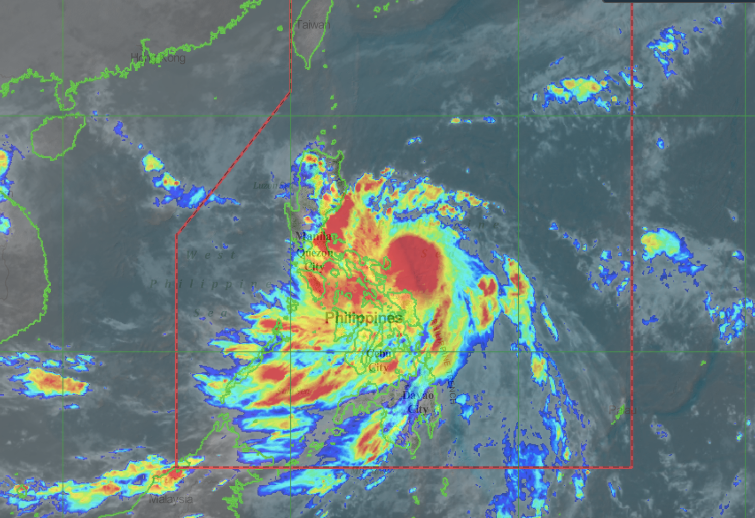 CEBU CITY, Philippines — To prevent tragedies on the sea, the Philippine Coast Guard in Cebu (PCG-Cebu) has ordered the suspension of all sea trips bound to and plying on areas directly affected by Severe Tropical Storm Quinta.

In a notice issued on Sunday, October 25, Acting Commander Alvin Dagalea of PCG-Cebu said their mandate would take effect immediately until further notice.

“Due to Tropical Cyclone Warning Signal (TCWS) No. 1 and 2 hoisted in Luzon and Visayas, which affect the country brought by Severe Tropical (Storm) Quinta, Coast Guard Station Central Cebu is now enforcing temporary suspension of voyage of all types of vessels or watercrafts as proactive measures in order to avert maritime accidents,” portions of the notice stated.

Trips to and passing through Catanduanes, Camarines Norte, Camarines Sur, Marinduque, Albay, Batangas, Sorsogon, Oriental Mindoro, Romblon, Northern Samar will not be allowed since these provinces were placed under Signal No. 2.

“Voyage of vessels will resume upon the improvement of weather and sea condition in these areas,” Dagalea said.

“Vessels who intend to take shelter shall be permitted as long as it is manifested through a written request and no passenger shall be allowed on board,” he added.

The Philippine Atmospheric Geophysical and Astronomical Services Administration (Pagasa), in its severe weather bulletin issued at 11 a.m. on Sunday, located the center of Quinta 180 kilometers East of Virac, Catanduanes.

Pagasa said Quinta had intensified into a severe tropical storm as of 8 a.m. on Sunday prior to making landfall over Bicol Region between Sunday afternoon and evening.

The state weather bureau has also advised the public, especially those in areas that will be directly affected by Quinta, to take extra precautions and regularly monitor weather updates./dbs