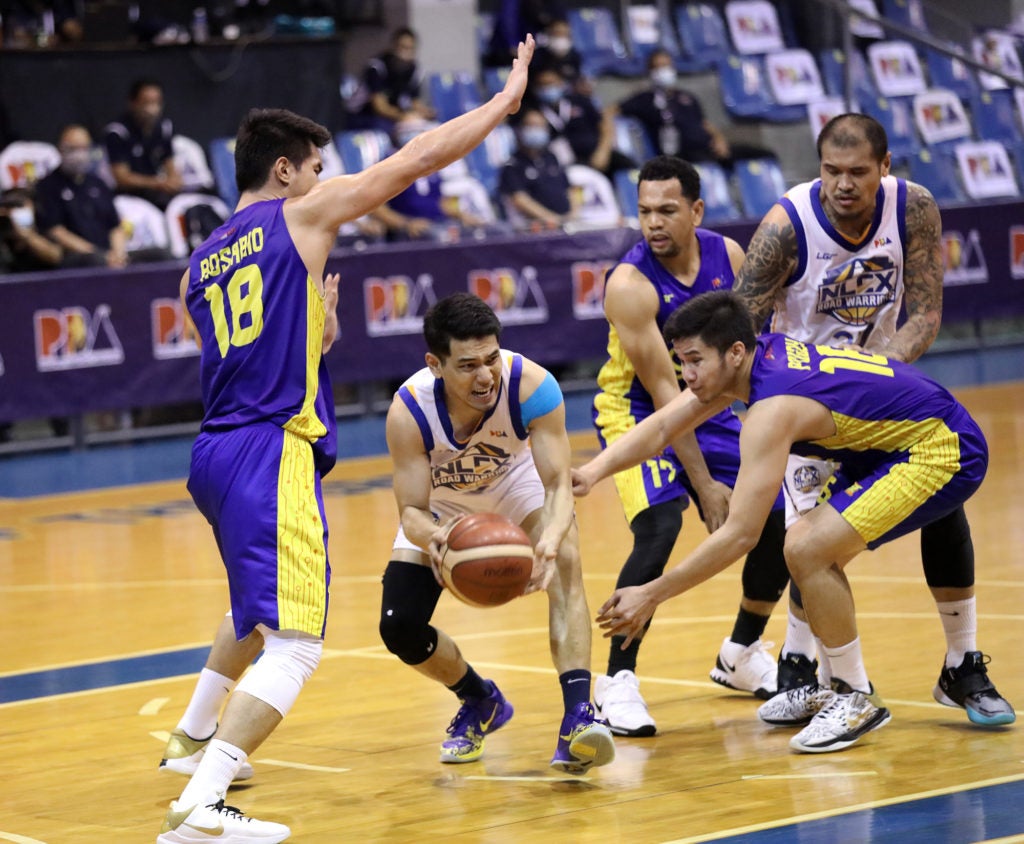 NLEX’s Kevin Alas tries to get past the defense of TNT’s Troy Rosario and RR Pogoy. | PBA Images

Kevin Alas had 24 points while Jericho Cruz added 19 as the NLEX Road Warriors put a stain on TNT Tropang Giga’s record with a 109-98 victory on Thursday night, October 29, 2020, in the PBA Philippine Cup at the AUF Sports Arena and Cultural Center in Pampanga.

Kiefer Ravena chipped in 16 for the Road Warriors, who improved to 2-5 (win-loss) after outscoring the Tropang Giga in the second, third, and fourth quarters.

Jayson Castro had 27 while Cebuano RR Pogoy added 16 for TNT, which tasted its first defeat in the tournament after chalking up five straight wins.

In the first game of Thursday’s double header, Alaska used a strong fourth quarter push to turn back Phoenix, 105-97.

The Aces improved to a 5-3 record while also foiling Fuel Masters’s bid to extend their winning streak to three games as the latter dropped to 4-3.

Vic Manuel had a team-high 24 points and seven rebounds to lead Alaska.

Calvin Abueva, who formerly played for Alaska, had 18 points, eight boards, and five assists in just his second game back from a suspension.