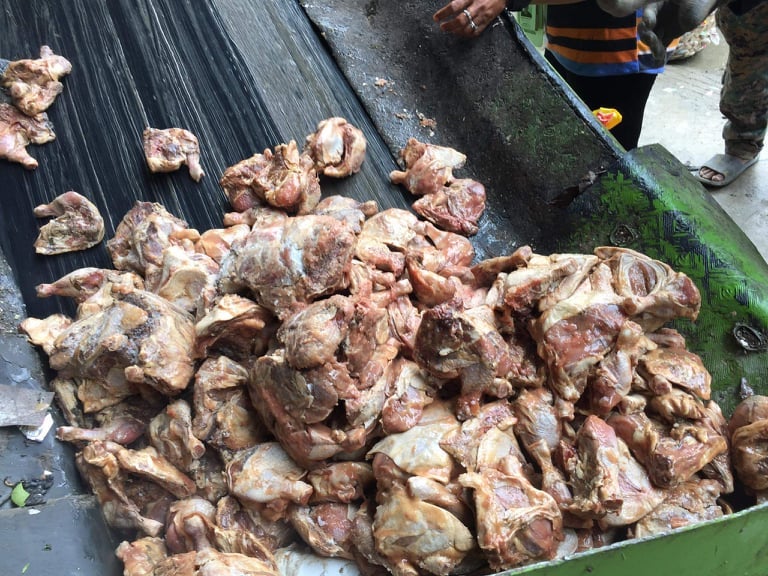 The hot chicken meat seized on Thursday, October 28, have been destroyed by thermal destruction. | contributed photo

The spoiled meat was disposed of through thermal destruction.

The disposal was witnessed by the National Meat Inspection Service Region 7 (NMIS-7), Food and Drug Administration, and from the rendering company.

(This is just to make sure that they are disposed of properly and that they will not be shipped anywhere.)

Merilless said earlier that the eight tons of chicken meat were allegedly going to be recycled because the hot chicken meat were stored in a refrigerated van in Barangay Subangdaku in Mandaue City when the meat was meant to be disposed of already by the company involved.

Dr. Eduardo Oblena, NMIS-7 regional director, said that although the owner of the hot meat said that they had no intention to recycle the spoiled meat, still we should not be complacent.

(We just want to make sure that the consumers are protected.)

According to Merilles, the hot meat was supposedly to be shipped to Pampanga because it will be disposed there as what the owner told them.

Meanwhile, Merilles is reminding residents and the public to inspect the meat they would buy in the market. The meat should have an NMIS certificate.

Read Next
Residents urged: Be vigilant of fires during holidays