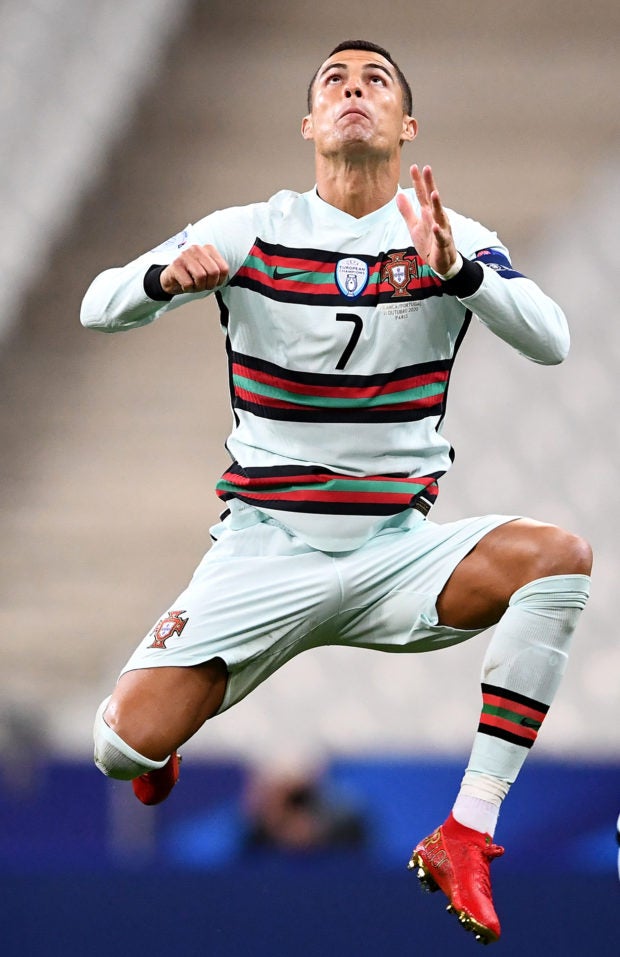 Ronaldo first tested positive for COVID-19 on October 13 while playing with Portugal.

“Ronaldo carried out a check with a diagnostic test (swab) for COVID-19. The exam provided a negative result,” the Italian champions said in a statement.

“The player has, therefore, recovered after 19 days and is no longer subjected to home isolation.”

Juventus next play at promoted Spezia on Sunday, with all matches now behind closed doors.

Donnarumma and Hauge “are authorized to return to training” before unbeaten Milan travel to Udinese on Sunday, with Gabbia “undergoing medical screening” on Saturday.

A record number of over 31,000 people on Friday tested positive for COVID-19 in a 24-hour period in Italy.

The five-time Ballon d’Or winner’s return will be a boost for Andrea Pirlo’s faltering side who are fifth in Serie A, four points behind leaders AC Milan.

Ronaldo scored three goals in Juventus’s first two league games — a 3-0 win over Sampdoria and both goals in a 2-2 draw at AS Roma.

But the nine-time reigning champions have been held to three consecutive league draws, Roma (2-2), Crotone (1-1) and Verona (1-1).

They were awarded a 3-0 victory after Napoli refused to travel to Turin on October 4 because of coronavirus cases.

Ronaldo was furious at missing out on this week’s reunion with Messi, after reportedly testing positive for an 18th time.

They have not faced off since the five-time Ballon d’Or winner left Real Madrid for Juventus in 2018.

Ronaldo had caused controversy even before testing positive by traveling to Portugal while Juventus were in isolation after two virus cases.

On his return to Italy on October 14, the day after testing positive, Sports Minister Vincenzo Spadafora accused the star of “violating” Italian coronavirus measures.

Other Juventus players including Blaise Matuidi and Paulo Dybala, tested positive during the first wave of the pandemic earlier this year, the Argentine only testing negative after 45 days.

But as Ronaldo recovered, other cases were announced in the Italian league.

In Bergamo, Atalanta coach Gian Piero Gasperini’s pre-match press conference Friday before this weekend’s game at Crotone was canceled after a positive case among the coaching staff.

Crotone also confirmed that their midfielder Salvatore Molina had ‘slight symptoms’ and was isolating at home.

Sassuolo, who travels to Napoli, has three new cases, one a player, while Parma who play at Inter Milan, revealed two players had become infected for a second time.

Coach Simone Inzaghi’s press conference before Sunday’s game against Torino has been canceled with half the squad reported to be self-isolating.

The Rome club is scheduled to travel to Torino on Sunday before hosting Juventus the following weekend.

Serie A is applying UEFA rules whereby a match can take place as long as a side have 13 healthy players, including a goalkeeper.

The only possible exemption would be a club which has an active outbreak of COVID-19 with more than 10 new positive cases in a week.

In that case the club can request a postponement, but only once in the season, which was the case of Genoa’s game against Torino earlier this month.

That match has been rescheduled for next Wednesday.