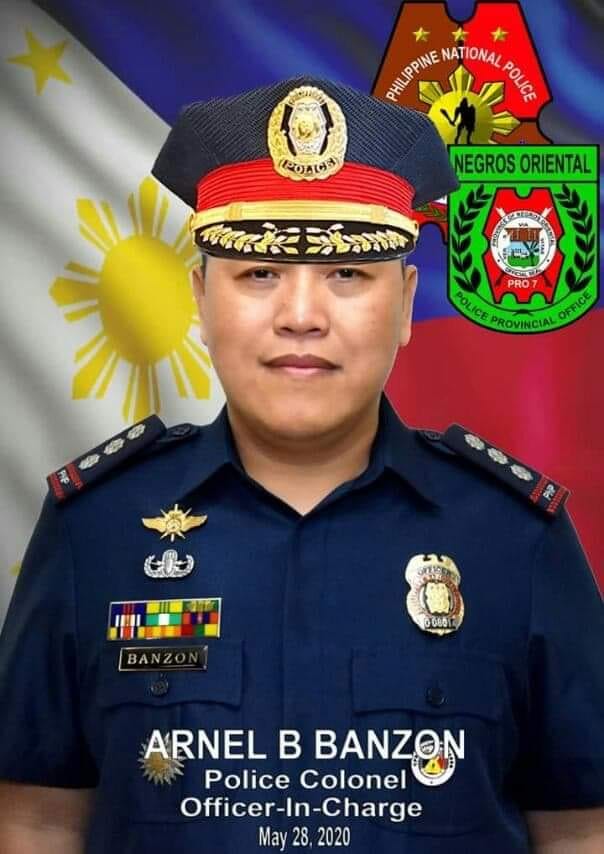 SANTA CATALINA, Negros Oriental — The Lapu-Lapu City Police Office (LLCPO) will have a new director after the Kalag-kalag.

Police Colonel Arnel Banzon, the former director of the Negros Oriental Provincial Police Office (NOPPO), will assume the position of Police Colonel Clarito Baja, who is set to retire this week.

“The request of the good Mayor of Lapu-Lapu was Police Colonel Banzon, so he will be replacing Colonel Baja. He (Chan) wrote a letter to me personally,” said Ferro.

Ferro said that aside from taking into consideration Chan’s request, he also feels that Banzon is the most qualified for the position because of his familiarity with Metro Cebu areas.

Banzon, a Cebu City native, was also chosen by Mayor Edgardo Labella to replace Police Colonel Gemma Vinluan in November 2019.  However, Police Brigadier General Valeriano De Leon, who was then the PRO-7 director gave the post to Police Colonel Engelbert Soriano, who is now assigned in Siquijor province.

“Because Colonel Banzon, he knows most of the areas here in Central Cebu, especially diha sa Lapu-Lapu City, Mandaue ug sa Cebu. He is the most qualified among the officer we have now,” said Ferro. / dcb

Read Next
On life after loss