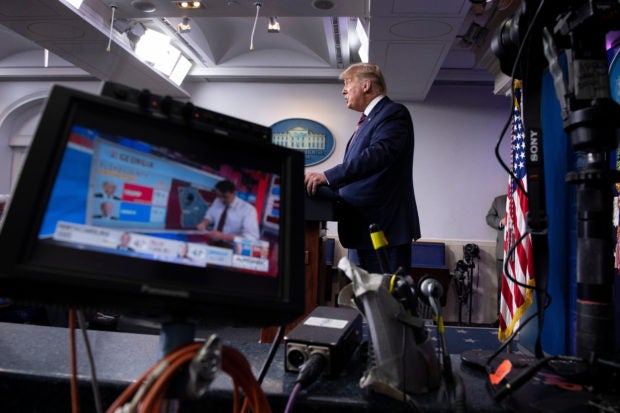 US President Donald Trump speaks in the Brady Briefing Room at the White House in Washington, DC on November 5, 2020. – Democrat Joe Biden is leading President Donald Trump in the race for the 270 electoral votes that will put one of them over the top, with the Democrat’s campaign asserting they believe he has enough votes to win in key battleground states that remain undecided, like Pennsylvania. (Photo by Brendan Smialowski / AFP)

Trump unleashed a flood of incendiary and unsubstantiated claims in a 17-minute address, insisting that Democrats were using “illegal votes” to “steal the election from us.”

NBC and ABC News also pulled the plug on their live coverage of Trump.

“What a sad night for the United states of America to hear their president say that, to falsely accuse people of trying to steal the election,” said CNN’s Jake Tapper.

Read Next
5,903 drug war deaths as of September – PDEA