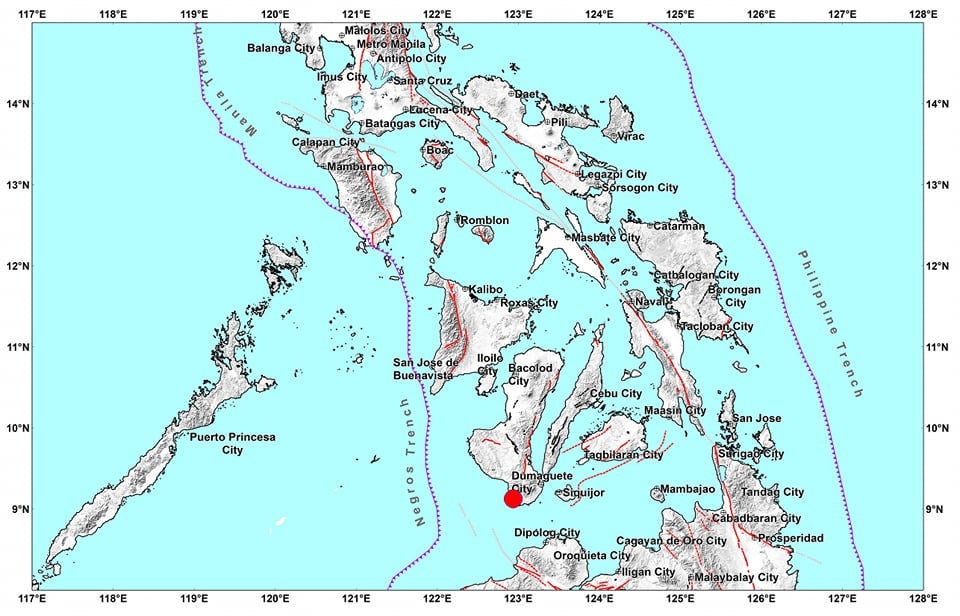 A 3.9-magnitude earthquake rocked portions of Negros Oriental on Thursday morning, November 12, 2020. Phivolcs located the epicenter of the quake 17 kilometers west of Siaton town at 7:25 a.m., with intensities felt in Sibulan, Negros Oriental.

The Philippine Institute of Volcanology and Seismology (Phivolcs), in its earthquake bulletin, located the epicenter 17 kilometers west of Siaton town at 7:25 a.m.

Tremors were also felt in nearby areas.

Intensity II was recorded in Sibulan town, also in Negros Oriental. However, several netizens from Siquijor and Dumaguete City also said they felt the shaking of the ground in their respective locations.

Phivolcs said no damage and no aftershocks were expected after the earthquake. /bmjo

Read Next
British nurse charged with murders of eight babies