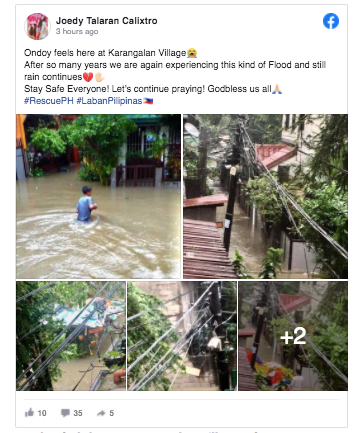 MANILA, Philippines — A subdivision in Cainta town in Rizal province was submerged in floodwater following heavy rains brought about by Typhoon Ulysses on Thursday, triggering memories among residents of Typhoon Ondoy, yet another typhoon that devastated the area 11 years ago.

In photos shared by Joedy Talaran Calixtro on Facebook, the streets in Karangalan Village in Brgy. San Isidro, Cainta could be seen submerged in floodwater up to waist-high.

“Ondoy feels here at Karangalan Village. After so many years we are again experiencing this kind of Flood and still, rain continues,” Calixtro wrote.

“Lets hope for better weather in the next two hours to give us lead time to bring the roads back to normalcy,” he added. 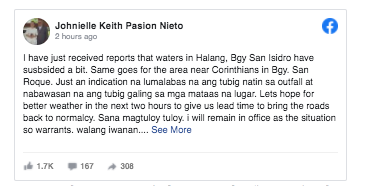 Ondoy’s death toll rose to 700, with most coming from low-lying villages whose residents had to flee to their rooftops to avoid massive floods that quickly engulfed their houses, sweeping away cars, buildings and even people.

Read Next
2021 Cebu City budget is a little late, but it will be passed — Garcia