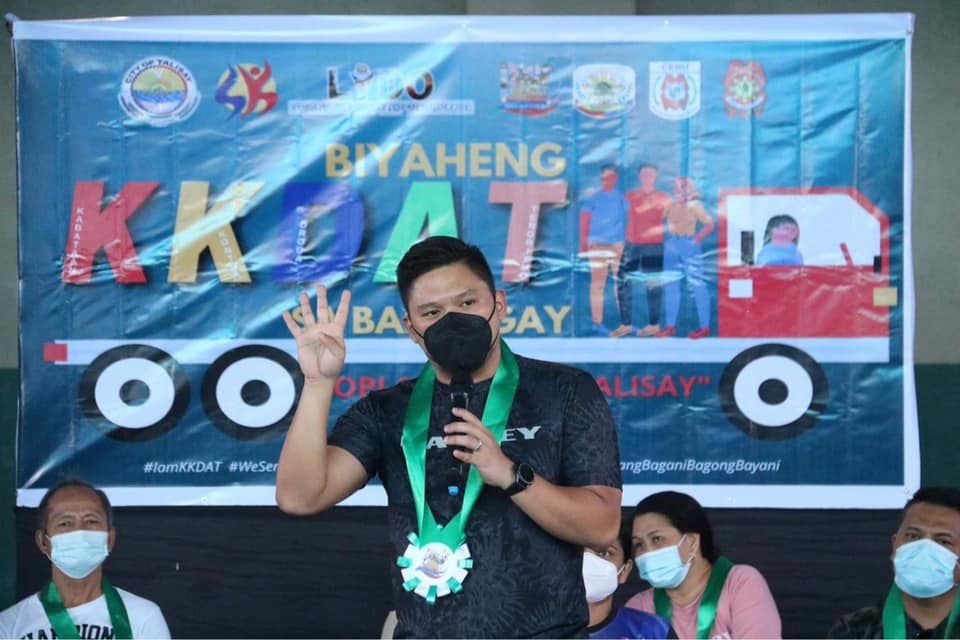 CEBU CITY, Philippines — The youth of Talisay City in southern Cebu have been encouraged to proactively fight the spreading use of illegal drugs among their age group.

Mayor Gerald Anthony “Samsam” gave this challenge to the city’s youth as the city government continued to visit barangays and conduct dialogues with these young people to discuss the ill effects of using illegal drugs through their Kabataan Kontra Droga at Terrorismo (KKDAT) program.

The mayor was in Barangay Cansojong on November 18, 2020, to talk to the youth and explain to them the proactive approach the city government was taking to eradicate illegal drug use.

“I believe this is a very important part of our Oplan Limpyo Talisay. With its implementation, our youth led by our SK (Sangguniang Kabataan), youth organizations and the LYDO (Local Youth Development Office) will play a big part in the future for our city,” said Gullas.

The Oplan Limpyo Talisay was launched in 2019 as a “holistic” approach to the city’s then rampant drug problem. The program did not only encourage continuous apprehensions, it also engaged the community to help in fighting illegal drugs.

Gullas provided a short report to the youth in Cansojong over the accomplishment of the Oplan Limpyo Talisay and urged them to contribute to the city’s program.

The mayor said that in his administration, at least 700 illegal drug personalities had been apprehended with over P50 million worth of drugs confiscated.

The rehabilitation program or aftercare program has been considered a success as well and now being replicated in other local government units (LGUs).

The aftercare program already helped 339 completers in 2019, and despite the ongoing pandemic, managed to help 60 completers of the program in 2020.

Gullas said that while they were continuously visiting barangays to encourage the residents to go drug-free, two barangays were actually on its way to being one.

The city is working with the Philippine Drug Enforcement Agency (PDEA) for these two barangays to be declared drug-free soon.

The mayor is hoping that the youth will be encouraged by these programs set by the city government to fight the use of illegal drugs in the city./dbs

Read Next
How to keep makeup from smearing unto face masks