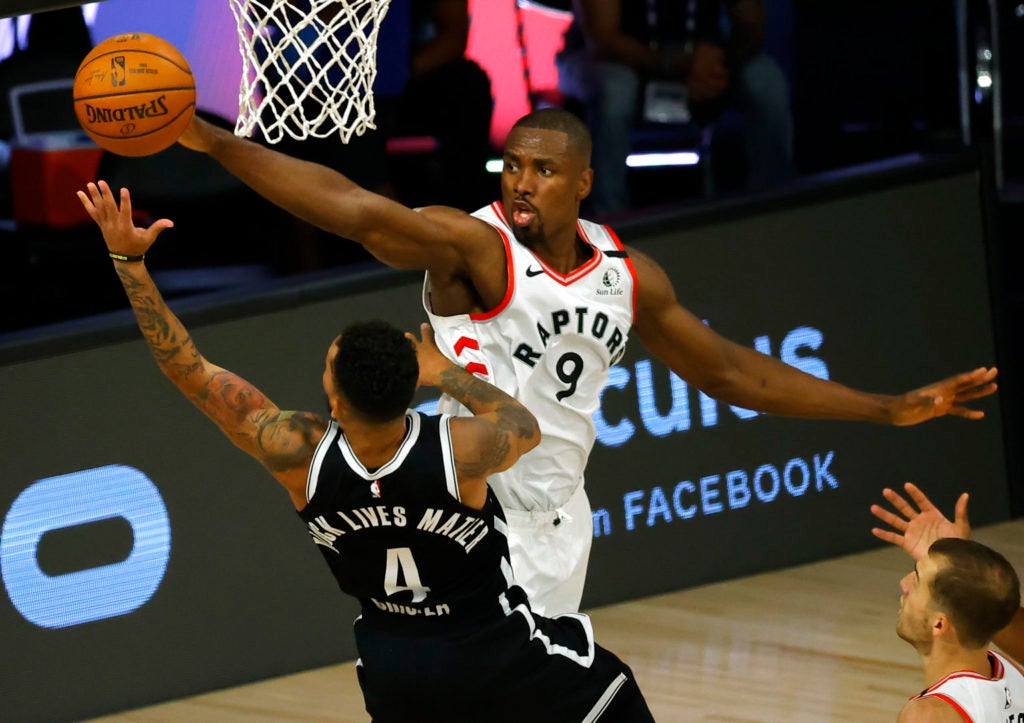 LAKE BUENA VISTA, FLORIDA – AUGUST 19: Serge Ibaka #9 of the Toronto Raptors fouls Chris Chiozza #4 of the Brooklyn Nets during the third quarter in Game Two of the Eastern Conference First Round during the 2020 NBA Playoffs at The Field House at ESPN Wide World Of Sports Complex on August 19, 2020 in Lake Buena Vista, Florida. Kevin C. Cox/Getty Images/AFP

Ibaka, 31, spent the past four seasons in Toronto and is coming off a season in which he scored a career-high 15.4 points in the COVID-shortened season.

Ibaka was drafted in the first round of the 2008 draft by the then-Seattle SuperSonics. Ibaka played in Spain in 2008-09.

The Clippers lost Montrezl Harrell in free agency to the Los Angeles Lakers.

Read Next
Carcar lays down rules for celebrating city’s fiesta