Amid pandemic, Dave Grohl and Foo Fighters figuring out ways to connect with fans—and themselves 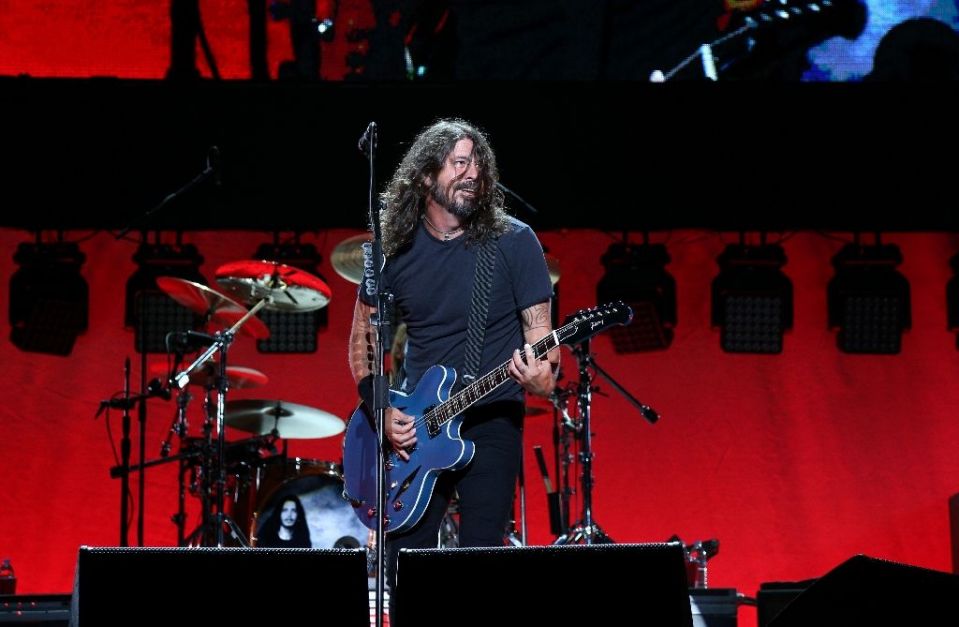 Dave Grohl and the Foo Fighters perform during one of their concerts in this August 2017 photo. | AFP Photo/Handout (file photo)

Because the Foo Fighters is a rock band whose members “actually like each other,” front man Dave Grohl said that being away from the rest of the crew—no thanks to the COVID-19 pandemic—“has been really weird.”

Having recorded multiple albums and played countless shows with bassist Nate Mendel, drummer Taylor Hawkins, guitarists Pat Smear and bassist Chris Shiflett and keyboardist Rami Jaffee for more than two decades, Dave sees them not only as friends, but family.

“It’s true what you hear. A lot of groups, after months on the road, can’t wait to head off in different directions. But we still want to hang out, whether we’re working or not. It’s a miracle after all these years. We’re still really close,” Dave said in a recent interview with the British tabloid The Sun. Founded by Dave in 1994—following the dissolution of the alternative rock band Nirvana, for which he played drums—the Foo Fighters was all set to celebrate its 25th anniversary earlier this year by releasing its 10th album, “Medicine at Midnight,” then embark on a world tour.

Needless to say, the pandemic foiled the group’s plans. And the sudden lack of structure for the remainder of the year threw Dave on a loop. Suddenly apart

“We have never spent anything like this kind of time apart before. It might seem rock ‘n’ roll and exciting, but actually, going around the world in a band like ours means being totally organized,” he pointed out. “Usually, we know what is happening months and months in advance.” The days immediately following the lockdowns were a jumble for the 51-year-old singer-songwriter.

“When everything shut down in March, I was nervous. I couldn’t relax. I was always looking for the next thing—I’m a naturally creative person. For the past two decades, I have been completely used to seeing the same guys almost every day and suddenly we’re apart,” he said.

“If I weren’t on tour, I would be doing something else for the band, so it has kind of freaked me out. I have been totally set in my ways. And like I have said, these guys are my closest friends. We’re a family. We have never been apart before,” added Dave, who, at one point, felt like he was about to “lose my mind.”

This month, the Foo Fighters—behind the hits “Learn to Fly,” “Everlong” and “The Pretender”—decided to go ahead and release the song “Shame Shame,” the lead single from “Medicine,” which is now slated for a February 2021 release. It was about time, they thought.

25th anniversary“I figured it was time to let this thing out of its cage and bring a little music to the people. We have waited long enough. We finished this record a year ago… We started writing it almost two years ago, while we were still on the road, knowing this year was going to be our 25th anniversary and our 10th record,” Dave told the “Breakfast Show” on United Kingdom’s Absolute Radio.

“We were going to make 2020 like, the year of the Foo Fighters. It was just going to be touring and videos and documentaries, and all these sort of celebratory anniversary things. Then, in March, everything just stopped,” he added.

While it’s good to finally have one of those songs out, playing live shows, Dave conceded, is still impossible at the moment. Safety remains the American band’s top priority.

Our band wouldn’t just jump out on the road for the sake of having an audience, Dave told the music website NME in a recent interview.

“Listen, we do care for the people who come to see the band. So, until we get to a place where everyone is safe and sound, we will just have to adapt and figure out new ways to connect with the audience.” In the meantime, to rehearsals they go.

“Our band is rooted in live performance, more than anything. I love making records and everything that goes along with being in this band. But being onstage is really where we shine. Until that can happen safely, we’re just going to have to f*cking knock it out in the rehearsal room,” Dave said. INQ