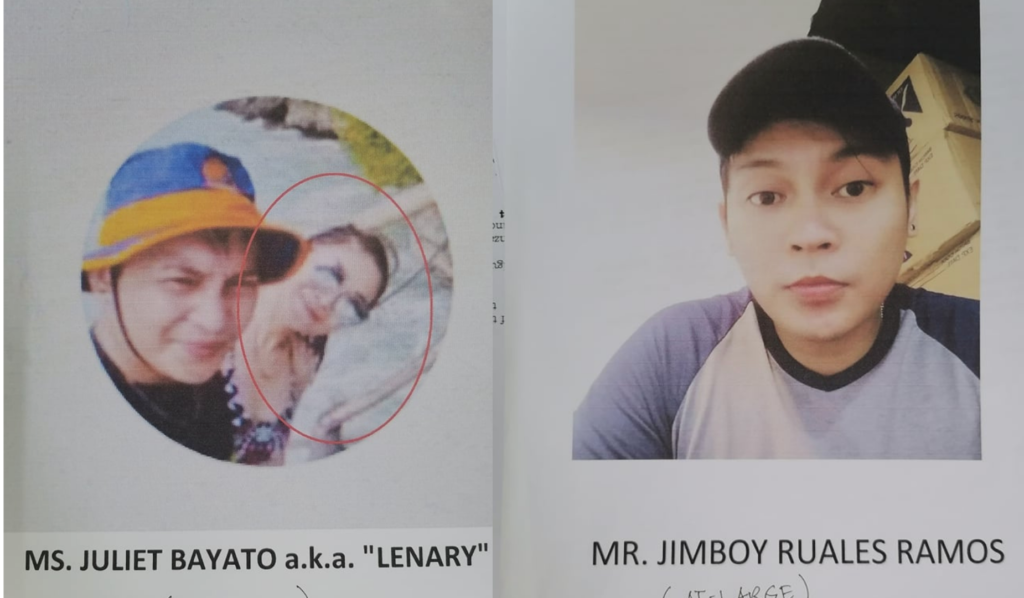 The authorities are pursuing Jimboy Ramos and Juliet Bayato, who are suspects in credit card phishing and victimized a 53-year-old businesswoman. | Contributed photo – National Bureau of Investigation in Central Visayas

CEBU CITY, Philippines — Another fraudulent activity in Cebu was recently reported before authorities, and this time, it involved credit cards.

The National Bureau of Investigation in Central Visayas (NBI-7) is conducting a manhunt against two individuals suspected of perpetuating a credit card phishing scam.

They were identified as Jimboy Ramos and Juliet Bayato.

Ramos and Bayato were accused as the masterminds of stealing credit card information from a 53-year-old businesswoman in Cebu City. The businesswoman’s credit card was used to purchase medicine from a networking group selling health and wellness products.

Operatives from NBI-7, however, arrested two other suspects involved in the scam during an entrapment operation last Friday, November 20.

The arrested suspects namely Roland Ebrado and Niza Cagabhion denied any knowledge about the scam, and they told investigators they were just instructed by Ramos to receive the parcel, which was purchased using the victim’s credit card.

Ebrado and Cagabhion said they worked for Ramos, who owned and ran a pharmacy along B. Rodriguez Street.

The victim, in an interview with reporters on Monday, November 23, said she received several messages from the bank that issued her credit card last November 17 and November 18, notifying it was used to transact with the said networking firm.

A total of P62,000 was siphoned from her credit card on two separate transactions, the victim said.

The NBI-7 agent tasked on handling the case, who asked not to be named, told reporters they were able to trace Bayato when the bank gave the victim information about the unauthorized transactions.

“The firm was cooperative which led us to Ramos whom we believed connived with Bayato in doing this illegal transaction,” the agent explained.

However, Ramos and Bayato have remained at large and were being pursued by police in a manhunt operation.

Nevertheless, all four suspects will face formal complaints for violation of Republic Act (RA) No. 8484 or the Access Devices Regulation Act as amended by RA 11449.

NBI-7 said the offense constitutes economic sabotage and if found guilty, the suspects may face life imprisonment or a fine between P1 million and P5 million.

In the meantime, NBI-7 urged the public to be extra careful when transacting using their credit cards, especially in public areas.

“The rule of thumb there is to make sure your sights are focused on your card when it’s being swiped. Also, double-check if the swipe has any suspicious-looking devices attached to it because these can read and extract your information,” they said. /dbs