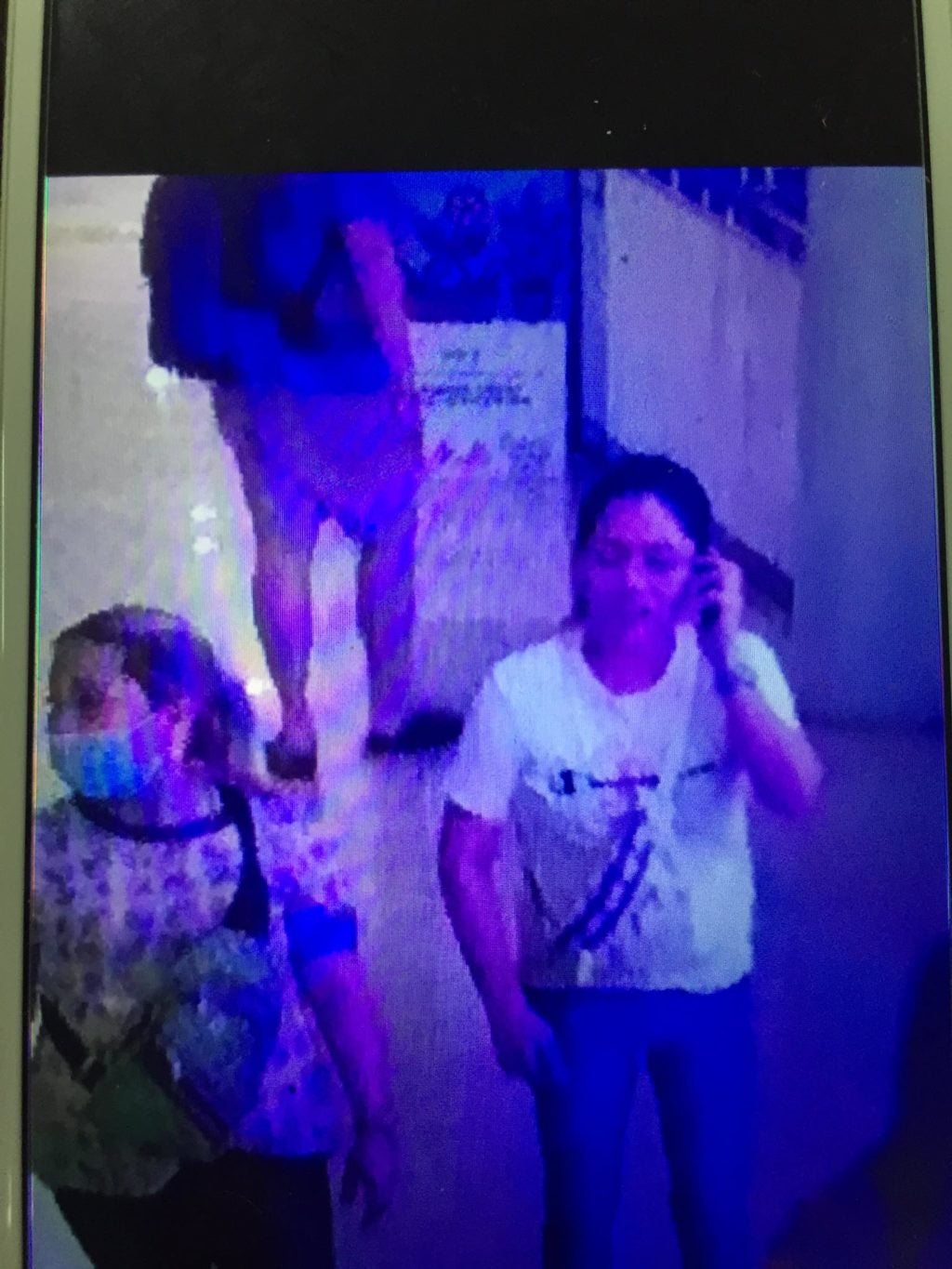 This is a footage obtained by the NBI-7 of the persons of interest who may have knowledge on possible ATM scam in Cebu City.

CEBU CITY, Philippines—The National Bureau of Investigation in Central Visayas (NBI-7) is looking for two women who may have knowledge about a possible Automatic Teller Machine (ATM) scam that happened  inside a mall here last February 23, 2020.

The NBI-7 received a complaint from a certain Lily, a 55-year-old entrepreneur from Talisay City, who lost almost P900,000 to fraudulent ATM activities last February.

Lily told CDN Digital that the incident started when she withdrew money from an ATM machine inside a mall at the Cebu Business Park.

After successfully withdrawing P10,000, two women who were behind her in the line called her attention to tell her that P1,000 fell out of the ATM machine.

Lily was confused and refused to accept the money because she was sure that the amount she withdrew was safely inside her wallet along with her card.

However, barely an hour later, a person identifying as an employee of her bank branch in Barangay Capitol Site, called her to ask if she would like to request an increase of her account’s limit.

(I didn’t agree because I didn’t need to increase my credit limit.)

The conversation struck Lily as odd because the caller called through an old number.

Five days after, when Lily and her husband decided to withdraw some cash and this is when they learned that a total of P865,000 had been withdrawn from their account without their knowledge or permission.

In an attempt to recover their lost money, the couple contacted the bank and asked for their help to trace the fraudster, but the bank allegedly informed her that the card she was holding was not actually hers.

This surprised Lily as she did not remember taking out her card during the suspicious encounter with the two women, who are now considered as persons of interest.

Furthermore, the bank also allegedly refused to release information about the  locations where withdrawals were made from her card.

She said the bank only informed her through text message that they could no longer help her because her card pin number was compromised.

This lack of cooperation has also been a cause for frustration for NBI-7 agents handling the case because the bank could have provided more information on these fraudulent transactions.

Lily now plans to file charges against the bank, which is now also under investigation by the NBI-7.

(The bank left me as I lost a huge amount of money. That’s why I approached the NBI.)

Lily finally approached NBI-7 on September 26, 2020, months after failed negotiations and investigations by the bank.

The NBI-7 is treating the case with utmost confidentiality in the hopes of finding the suspects for this scam.

They are asking the public to help them identify the women caught in a CCTV footage inside the mall.  They are not tagged as suspects yet, but persons who may have information about the particular incident.

With travel restrictions set, the NBI-7 is hoping that the actual suspect of the ATM scam may still be in Cebu and can be caught.

The NBI agent handling Lily’s case is also hoping for more cooperation from banks in cases similar to Lily’s that involve fraudulent transactions.

The agent said that those with similar experiences should approach the NBI-7 so that the agency could check if there is any connection to this incident.

If anyone should identify the two women in the footage, they may reach out to NBI-7 at their office in Barangay Capitol Site or call (032) 254 6444.