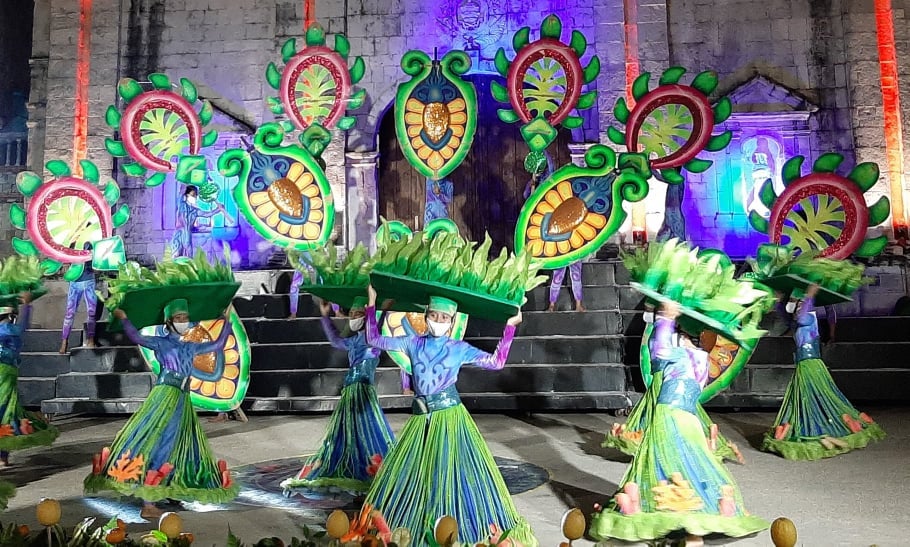 BANTAYAN ISLAND, Cebu – The Cebu Provincial Government turned over a total of P25.5 million in cash assistance to local government units in Bantayan Island in northern Cebu on Thursday, November 26, or a day ahead of their hosting of the Suroy-Suroy Sugbo.

In a report by Sugbo News, the Capitol-ran media outlet, the financial assistance was intended for infrastructure projects and for the holding of Suroy-Suroy Sugbo activities in Sta Fe, Bantayan, and Madridejos towns that are all located on Bantayan Island.

Sugbu News said that Madridejos and Sta Fe towns each got P7.5 million while P10.5 million went to Bantayan town.  But no explanation was provided as to how the amount of the assistance was arrived at.

The Capitol also reported that Governor Gwendolyn Garcia personally handed the cheques to the mayors of the three towns on November 26.

“The primary event here is the opening of the airport whose runway extension has been completed. Suroy-Suroy is only a pocket event aimed at boosting promotional efforts here in Bantayan,” Ybañez said in Cebuano.

The Bantayan Island Airport that is located within the territories of the neighboring barangays of Okoy and Talisay in Santa Fe town once served as a community airport which only accommodated chartered flights.

The provincial government and the Mactan Cebu International Airport Authority (MCIAA) entered into an agreement in 2019 to upgrade the airport for commercial use.

With the upgrade, its 900-meter runway was extended up to 1.2 kilometers while the construction of the airport terminal started last June 2019.

As a result, Bantayan Island is now accessible by turboprop aircraft that can carry up to 80 passengers.  The availability of its own airport also reduces travel time to the island to only 30 minutes instead of the usual five hours travel by land and sea.

Its turboprop aircraft will fly from the Mactan Cebu International Airport in Mactan Island in mainland Cebu.

However, the newly upgraded airport is not yet ready to accept commercial flights as of the moment. Airport authorities said, more works need to be done like the installation of a control tower and some finishing touches at the terminal.

The Capitol and MCIAA shelled out a total of P94 million for the transformation of the Bantayan Island Airport. / dcb

Read Next
Bonifacio and other heroes