It is said that Filipinos began decorating their homes with Christmas trees in the early 1900s, as influenced by our American colonizers. Earlier, however, Dr. Jose Rizal, our National Hero, introduced and brought the idea about the Christmas tree in his letter to his eldest sister when he was in Berlin in November 1886. He simply described how Christmas is celebrated in Germany and Spain, and how a forest pine tree decorated with glitter, lights, candies and fruit is placed inside the house where everyone celebrates Christmas around it.

Since that time, the Christmas tree has found its place in many Filipino homes. Beyond the display and the ornaments, it has conveyed a message of love, unity, and joy in every member of the family.

More than just beautiful centerpieces, these have become symbols of hope, love, and joy during these most challenging times.

The iconic Christmas tree has also found its way as a creative centerpiece in SM’s malls with artistic renditions in modern and traditional themes. Some like the Christmas in Bloom at SM Aura Premier, and the Southacular Carnival Christmas at SM Southmall, highlight blooms and fair images, respectively, instead of ornaments.

Others highlight the work of artisans in the regions – the lantern makers of Pampanga in SM City Clark’s Parul Kapampangan and indigenous fabrics from local communities – hablon, jusi, piña, abaca, and rattan – at SM City Iloilo. 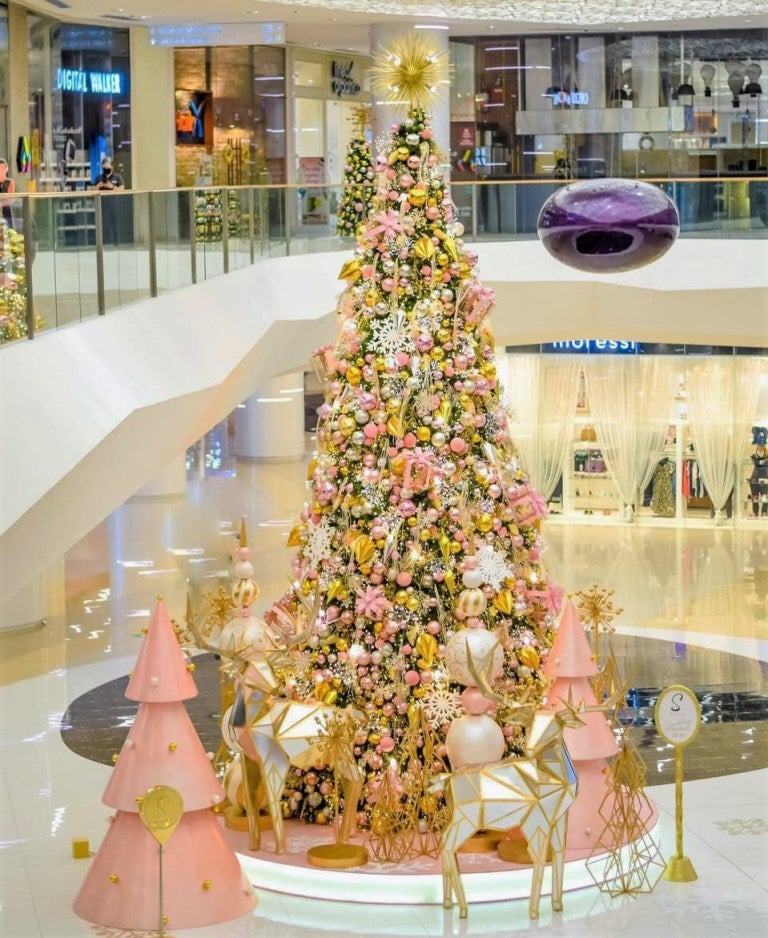 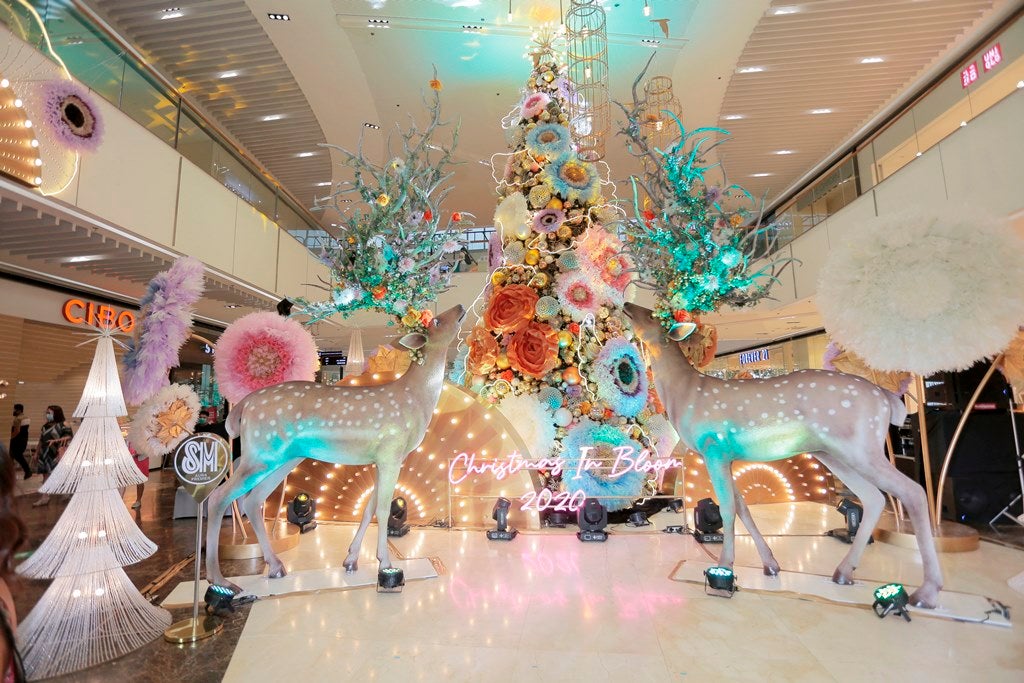 Christmas is in bloom at SM Aura Premier with its centerpiece signifying the first blossoms of spring as a symbol of hope. Designed in pastel and spring colors, the tree blooms with giant flowers and filled with crystalized Christmas balls in bronze, silver, and white. The tree lights up with fan shaped LED lights, and is accented by 2 giant reindeer beautifully dressed up with floral horns. | Contributed Photo 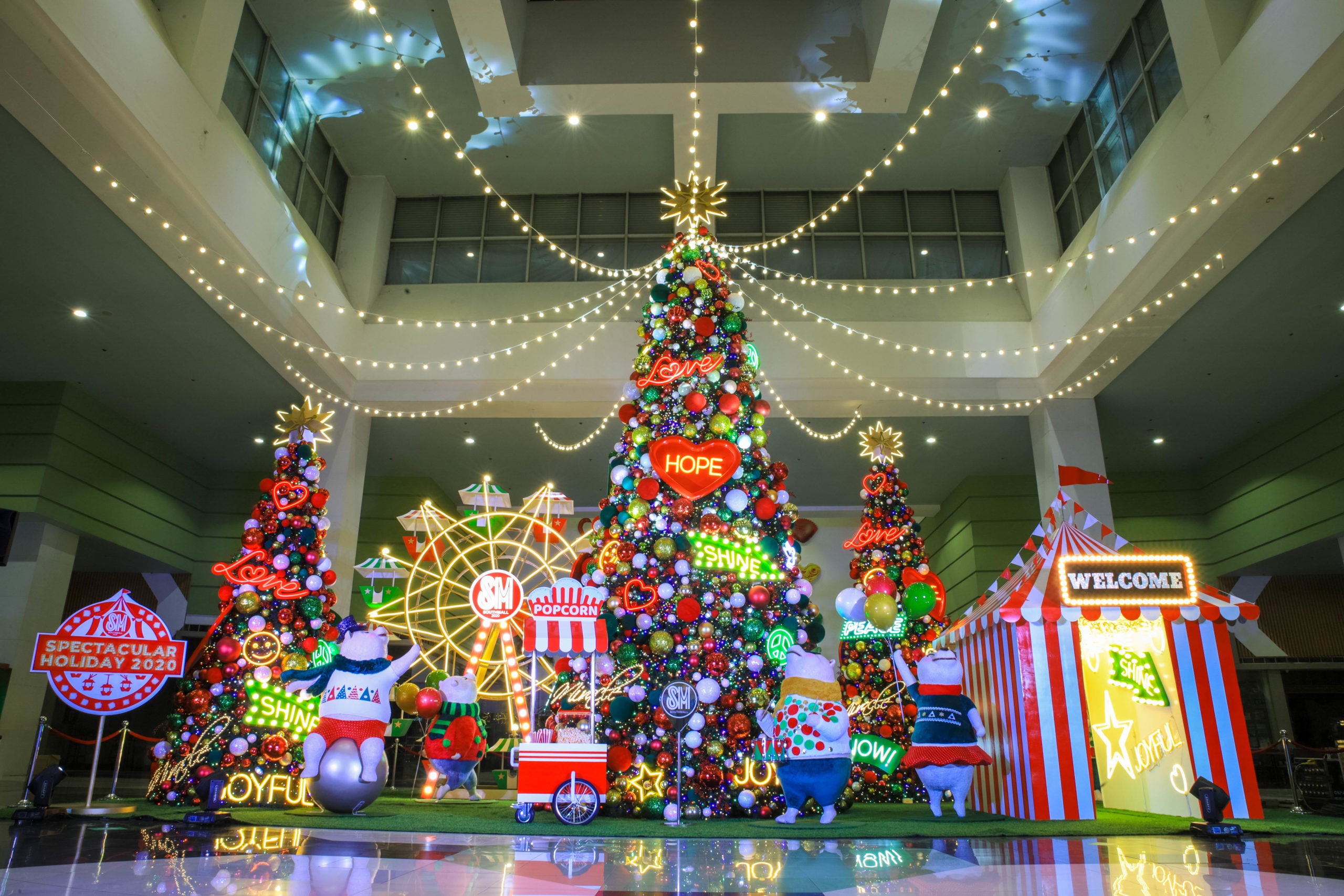 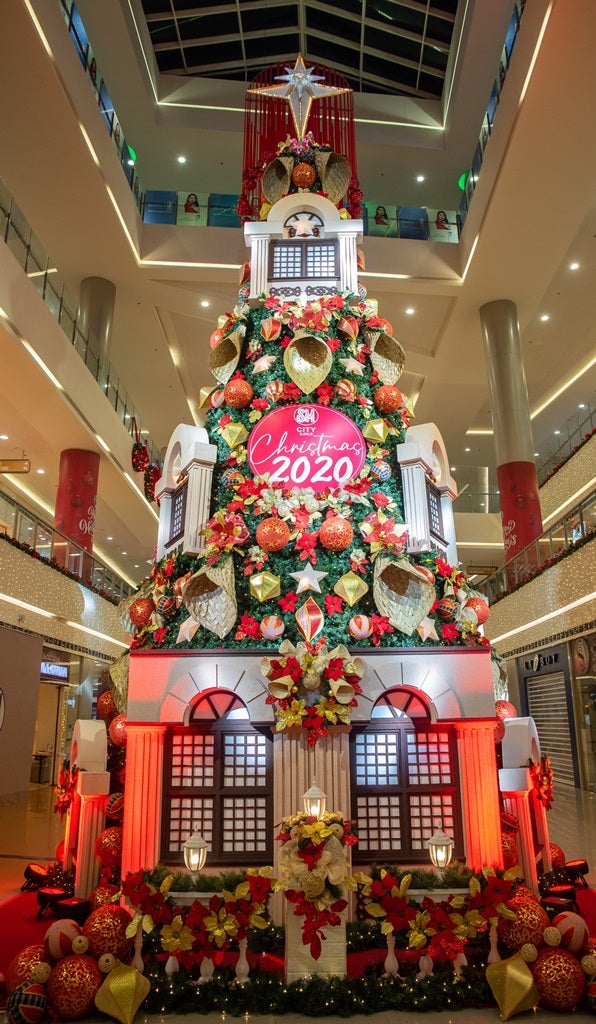 Inspired by the beautiful heritage houses around the city, SM City Iloilo’s 40-foot tree is born out of love for everything Ilonggo. The indigenous fabric from local communities – hablon, jusi, piña, abaca, and rattan are wrapped around this regal centerpiece, a symbol of the city’s solid foundation rooted on its rich history and noble tradition. | Contributed Photo 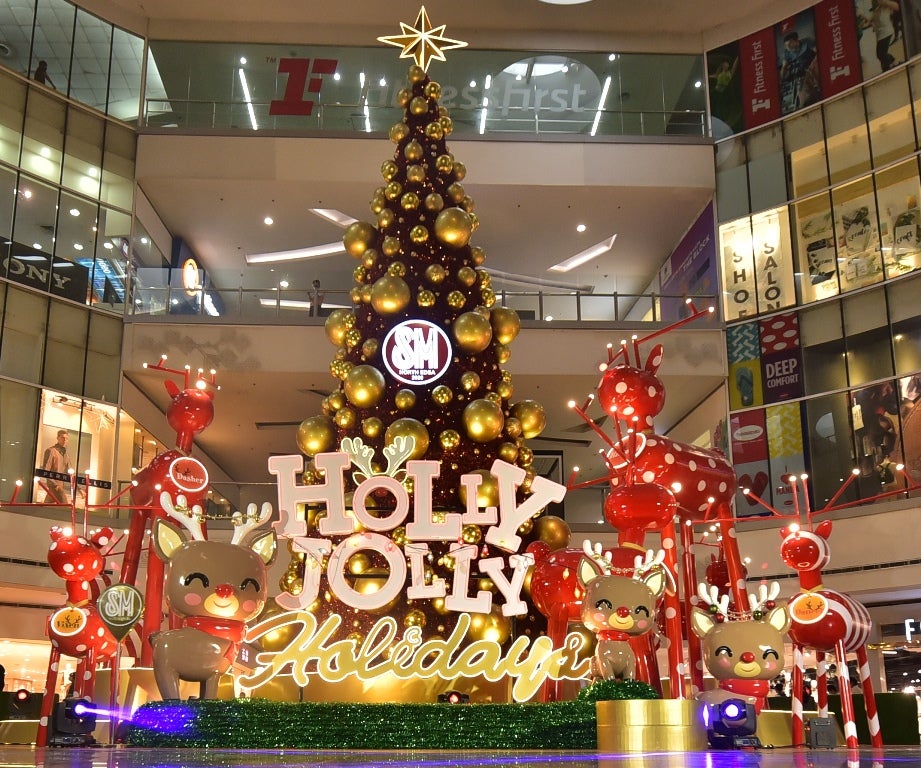 It’s a Holly Jolly Christmas at SM City North EDSA with a towering 40-foot Christmas tree glittering in wine red tinsel and covered with shimmering gold ornaments. Playful artisan sculpted reindeer surrounding the tree awaken the child in us that cherish and rekindle the warmth and joy this season brings. | Contributed Photo 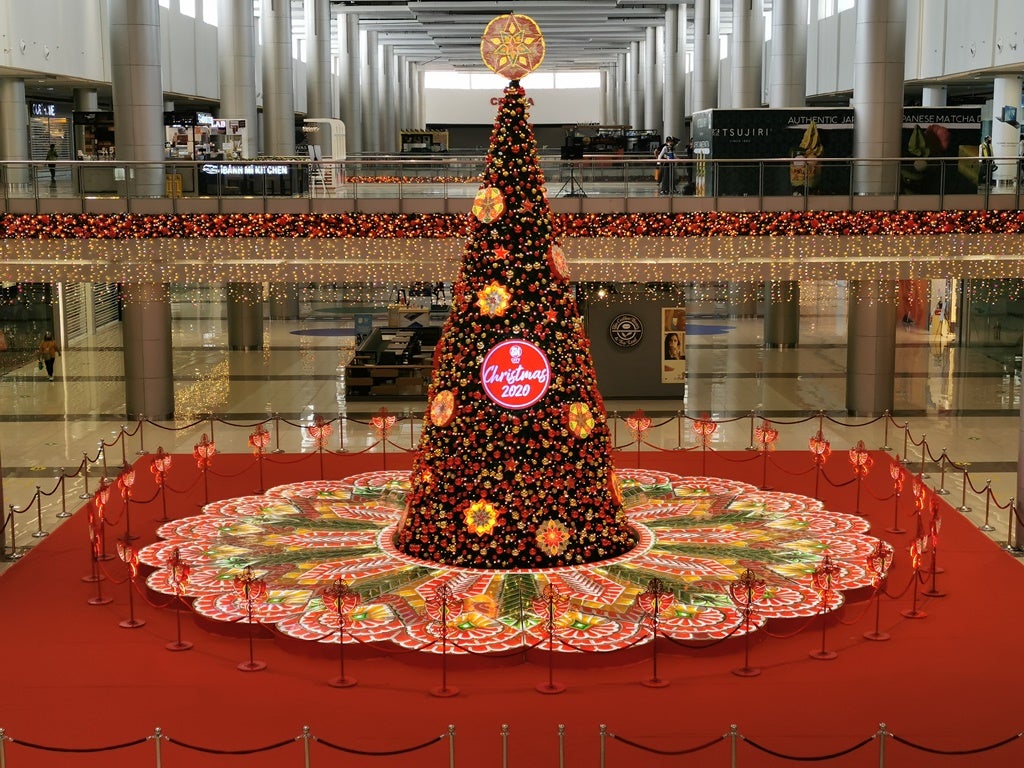 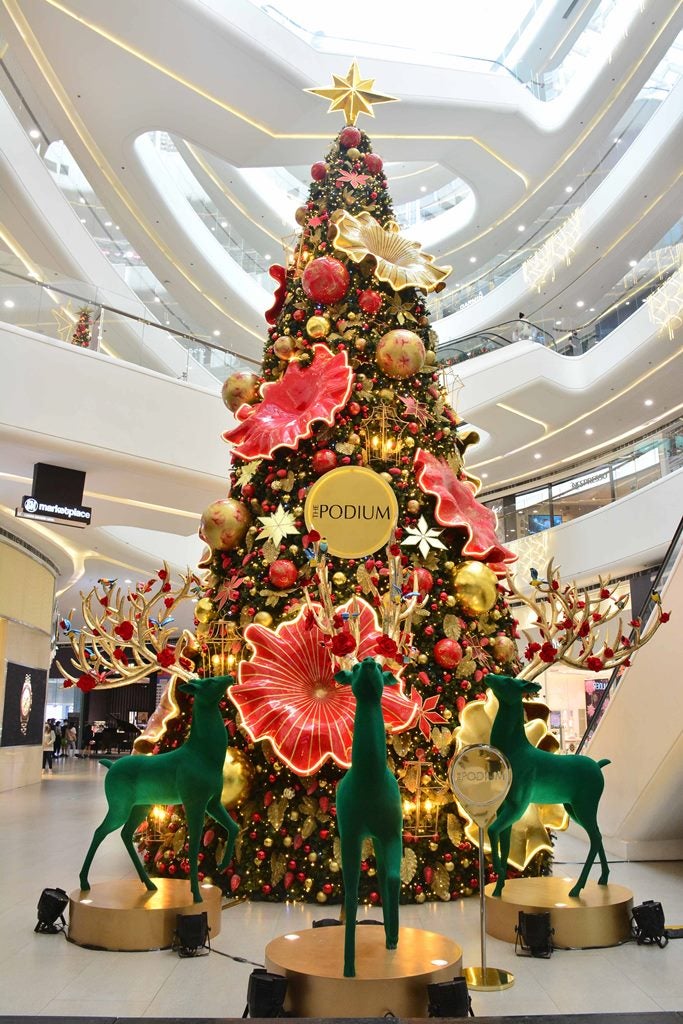 With its Holiday Blossoms theme, The Podium’s 40-foot tree is adorned by giant red and gold lotus leaves, Christmas balls, and lanterns. It is surrounded by reindeer with intricate antlers. | Contributed Photo 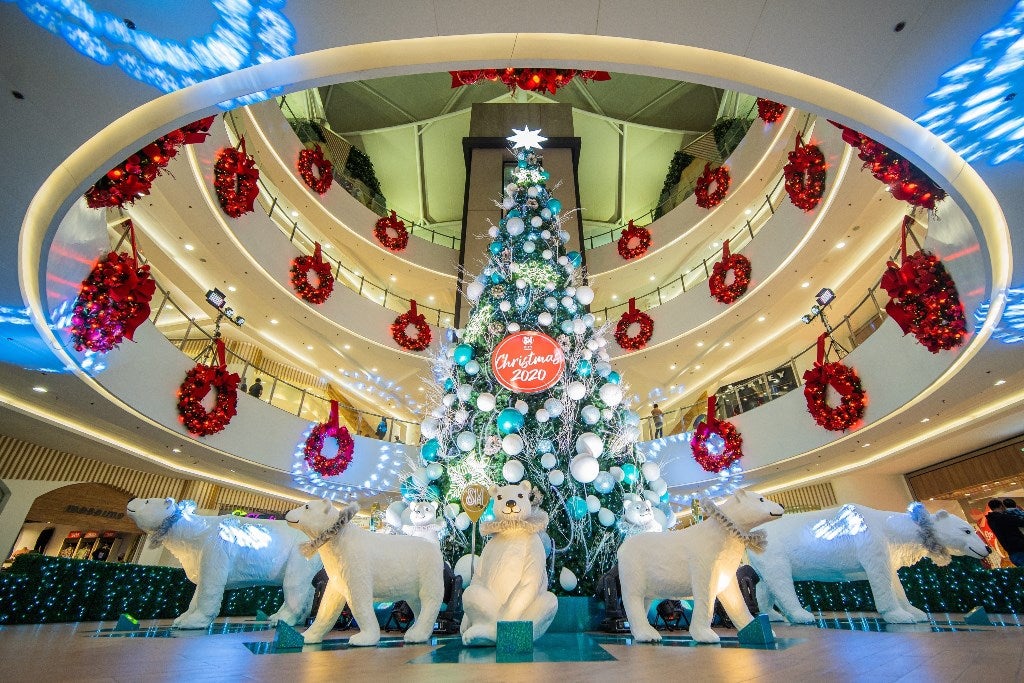 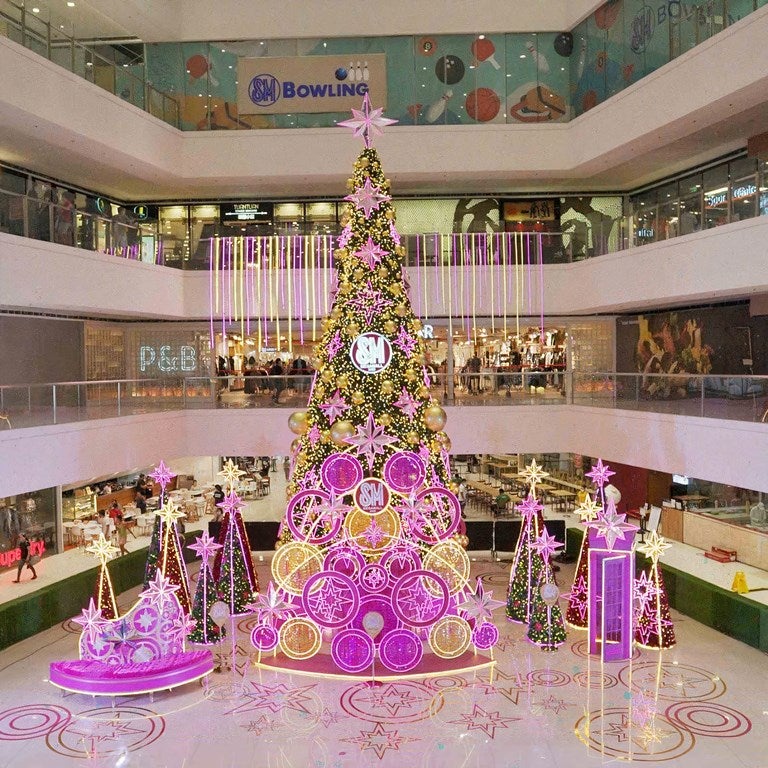 Everything is Mega and Bright in SM Megamall’s dazzling Christmas tree with bright lights and sparkling ornaments. The gold and fuchsia palette is carried on to the giant Santa Chair with stars upholstered in pink satin, and a telephone booth accented with stars and pink fairy lights. | Contributed Photo 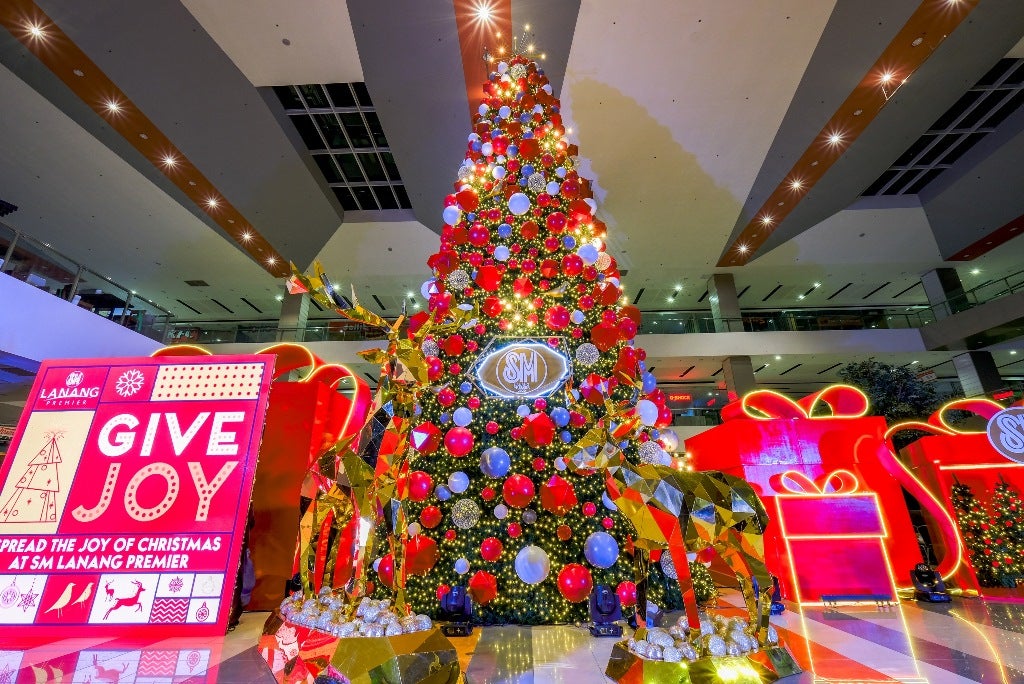 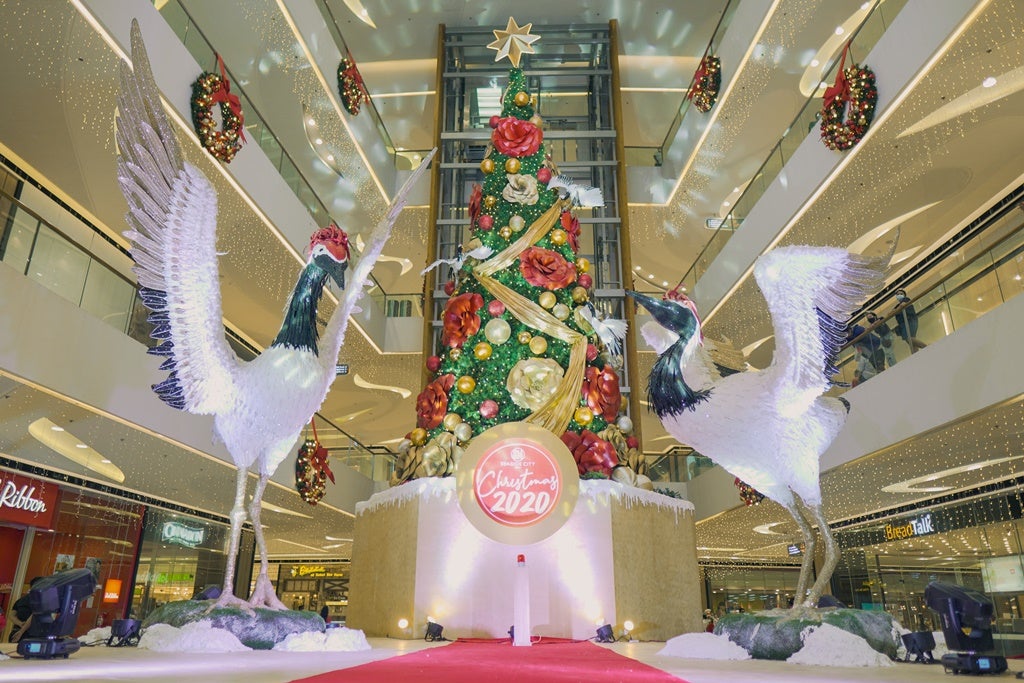 Get a glimpse of Christmas Mornings in the Orient with SM Seaside City Cebu’s 45-foot tree with red and gold peony flower embellishments, and stately crane birds at the side. | Contributed Photo 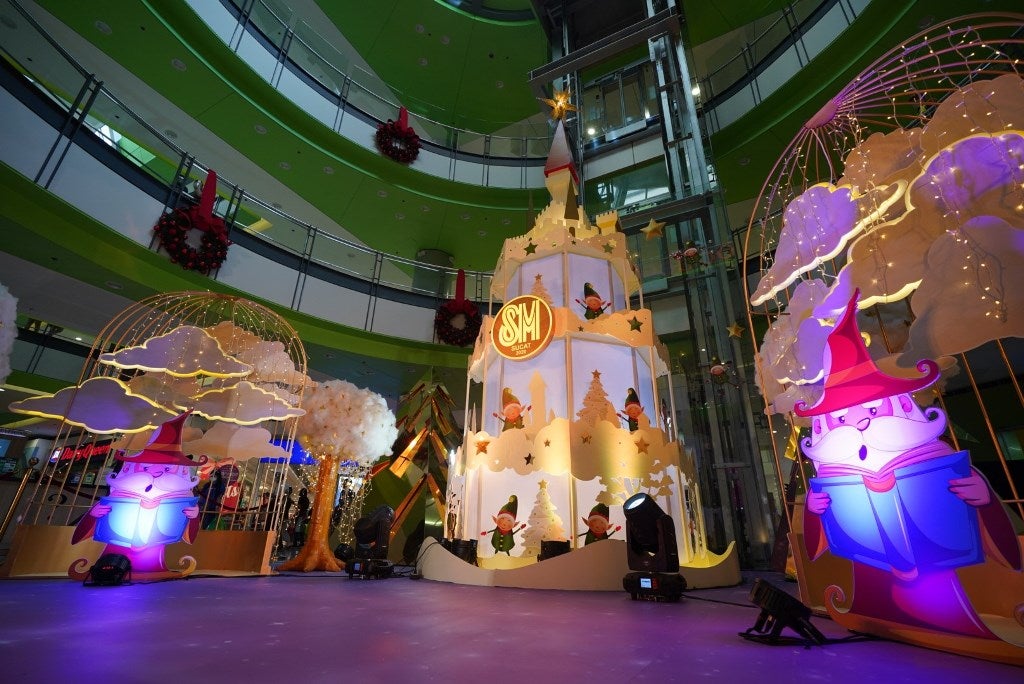 SM City Sucat’s A Magical Christmas Tale centerpiece features a 20-foot castle themed Christmas tree, which glows with pages from a storybook, and has well-loved fairy tale characters on each side. | Contributed Photo

More than just beautiful centerpieces, these have become symbols of hope, love, and joy during these most challenging times. These have become focal points where we can reconnect with our traditional celebrations, and join the Filipino community in hoping for safer, brighter, and merrier times.

It’s the season of caring and giving at SM Supermalls