Making the holidays brighter in every corner of the country

Coca-Cola’s Cebu Plant continues to light up communities, partners, and households—not just through refreshments that bring Filipinos together this holiday season, but by extending support to local communities amid challenging times.

After more than eight months of pandemic-induced lockdowns and more recently, a clutch of deadly typhoons, many Filipinos have understandably been hard-pressed finding reasons to celebrate Christmas this year. However, the rituals with which we welcome the season still offer people some comfort and hope amid the considerable challenges that 2020 has wrought.

As an iconic presence on Filipino tables, particularly during the holidays, Coca-Cola continues to serve its mission of uplifting spirits and bringing people together. From lighting up all of its manufacturing sites across the Philippines in an undeniable celebration of Christmas , to deploying bright red Santa trucks illuminating the roads they traverse to delivering the beverages that have become a mainstay of Filipino culture; from distributing bright red Coca-Cola “parols” transforming sari-sari stores into beacons of Christmas cheer, to helping communities restart and rebuild lives— this year,  Coca-Cola seeks to spark a sense of togetherness and kindle a renewed hope for brighter days ahead. 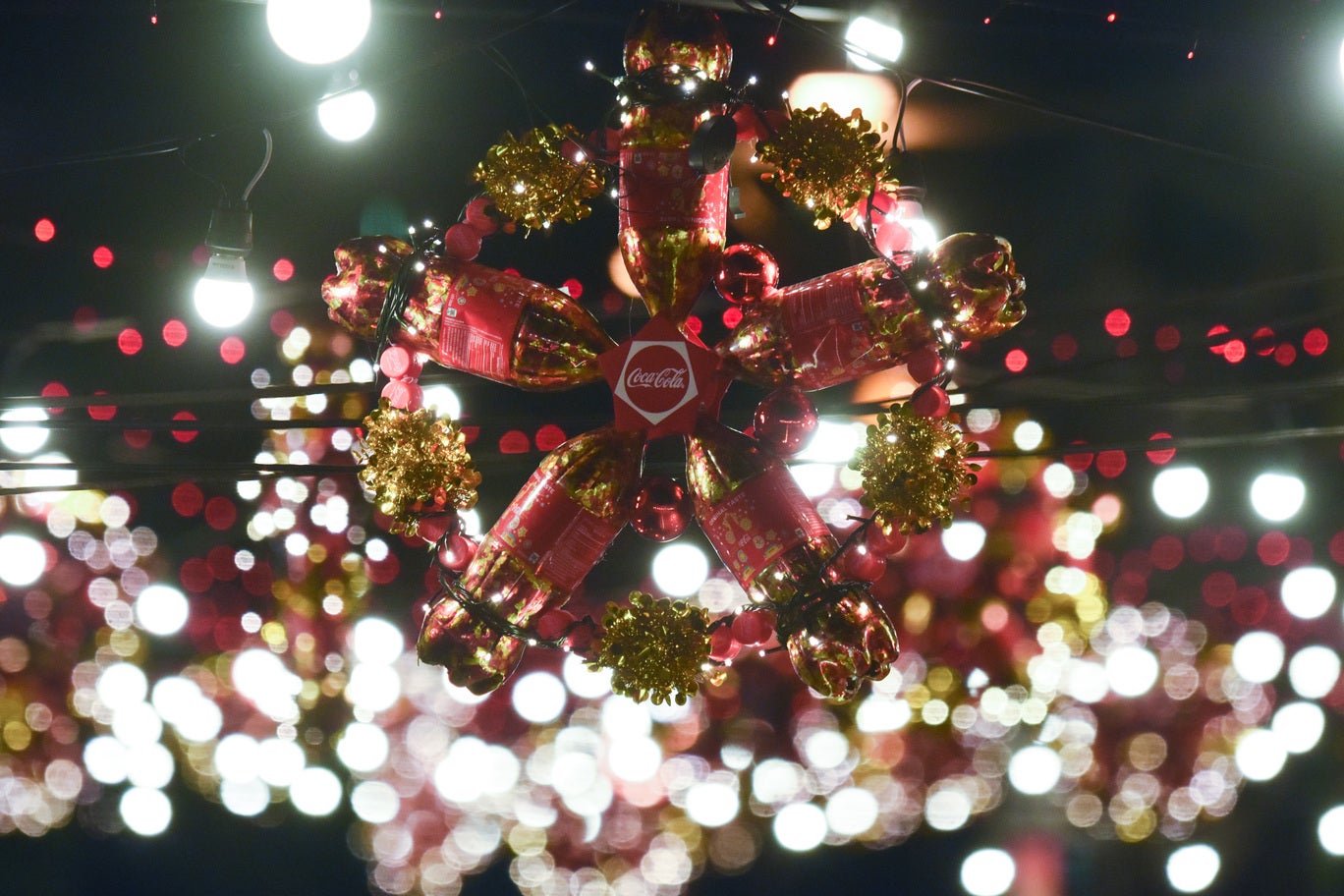 Through the Coke parol, which draws on an enduring symbol of the Filipino Christmas spirit, Coca-Cola is spreading rays of hope—a reminder of togetherness and of strength in the face of the many challenges brought about by the pandemic. | Contributed Photo

A ray of hope for micro-retailers

The Philippines has over a million sari-sari stores nationwide, one in almost every corner of the community—and they have been one of the hardest-hit industries this 2020. According to a survey conducted by the Philippine Association of Sari-Sari Store and Carinderia Owners (PASCO), 42% of sari-sari stores and 75% of carinderias were forced to close during the hard lockdown, while others have had to drastically downsize their operations by as much as 90%.

By helping out micro-entrepreneurs, who are such an integral part of the Filipino way of life, we’re contributing to building stronger communities.

At the height of the pandemic, Coca-Cola Philippines saw this as an opportunity to help bring the light back for these micro-retailers in order to help them recover. In partnership with the Department of Trade and Industry (DTI) and other agencies, the Rebuilding Sari-Sari Stores Through Access to Resources and Trade (ReSTART) Program was launched.

“We want to create programs that will allow our partners to recover and restart their livelihoods in light of the challenges they’ve had to face, and which will give them ample support as they pursue future ventures,” said Jonah De Lumen-Pernia, Coca-Cola Philippines Director of Public Affairs and Sustainability. “By helping out micro-entrepreneurs, who are such an integral part of the Filipino way of life, we’re contributing to building stronger communities.”

With a Php 157-million support fund, the ReSTART Program is designed to help over 15,000 micro-retailers to reopen safely and confidently. The program also prepares these micro-retailers to operate and sustain their livelihood in the new normal, through online training and resources as well as advocating for safe stores to meet safety and health protocol requirements.

Coca-Cola Beverages Philippines, Inc. (CCBPI), the bottling arm of Coca-Cola in the country, has also recently partnered with the Philippine Disaster Resilience Foundation (PDRF) to help 400 COVID-affected sari-sari store owners by providing them with retailer packs worth Php 10,000―Php 3,000 of which are Coca-Cola products. CCBPI has also extended its support to its distribution partners through flexible credit policies and incentives during the community lockdowns, when limited mobility, shortage of manpower, and tight cash flow have crippled operations. 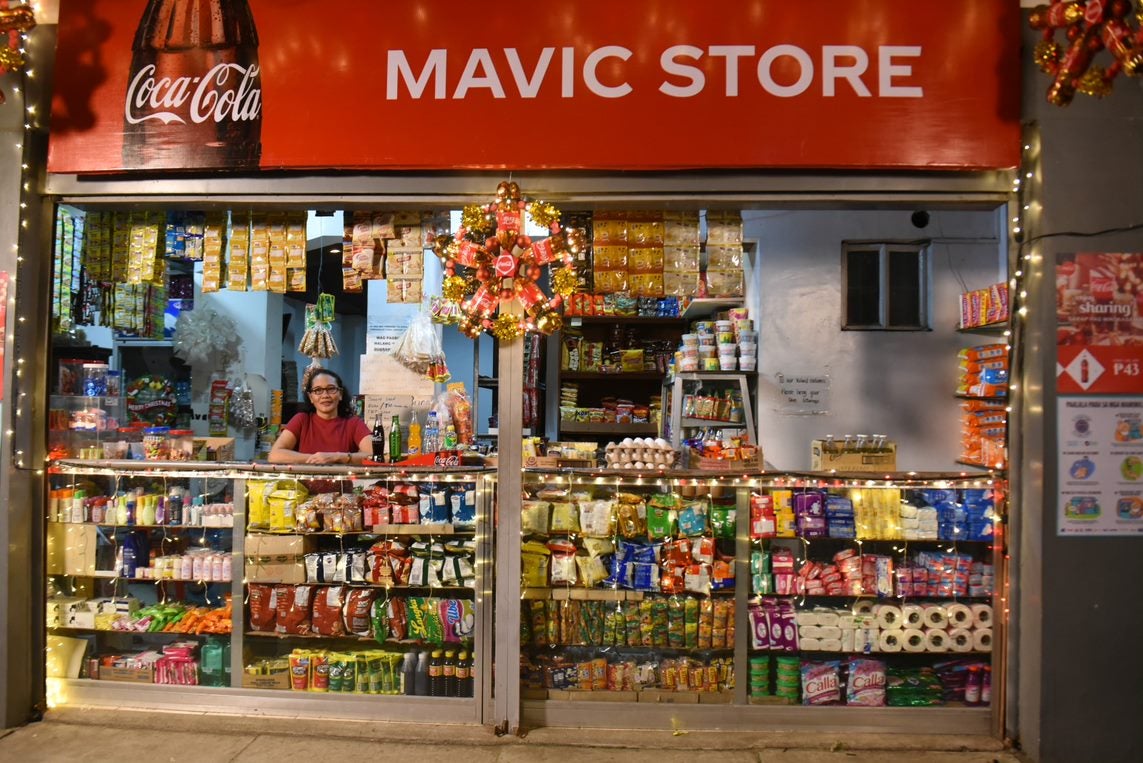 Sari-sari store owner Tess Bautista is thankful that Coca-Cola has been a reliable presence that has been helping uplift her, her loved ones, and her livelihood—more so this holiday season. | Contributed Photo

With more than 285,000 overseas Filipino workers unexpectedly and suddenly repatriated, and unsure of what future awaits them here, Coca-Cola, DOLE-OWWA, NCRO, TESDA, and DTI partnered to deliver the OFW Reintegration through Skills and Entrepreneurship (OFW RISE) Program. The OFW Rise Program offers former OFWs with entrepreneurship modules and one-on-one coaching toward starting their own businesses, with the opportunity to become exclusive Coca-Cola distributors.

De Lumen-Pernia shares, “Forced to return to the Philippines because of the pandemic, our balikbayans need support to help them restart in the country. We recognized that most of them want to establish their own businesses—to thrive here at home and continue fulfilling their dreams, but this time, in the company of their families. We would be able to help them do so through the OFW Rise program, especially given the multi-stakeholder collaboration that made it possible.”

The difficulty of this year cannot be understated and we at Coca-Cola want to help ensure that Filipinos can face the future on steadier footing.

President and CEO of CCBPI

Coca-Cola has also intensified its Balik Pinas program at the national level, expanding its scale and coverage this year to reach more OFWs whose livelihoods have been affected by the pandemic. With the initiative, the Company has been lending training and assistance to former OFWs seeking to become business owners as Coca-Cola distributors or wholesalers. Since its expansion, the program has launched new and mostly family-run businesses, with full support from a global beverage brand.

This is why we’ve continued and intensified investments in the country and have launched initiatives like Balik Pinas for returning OFWs. Coca-Cola will continue to support and contribute to the country’s recovery” says Gareth McGeown, President and CEO of CCBPI. 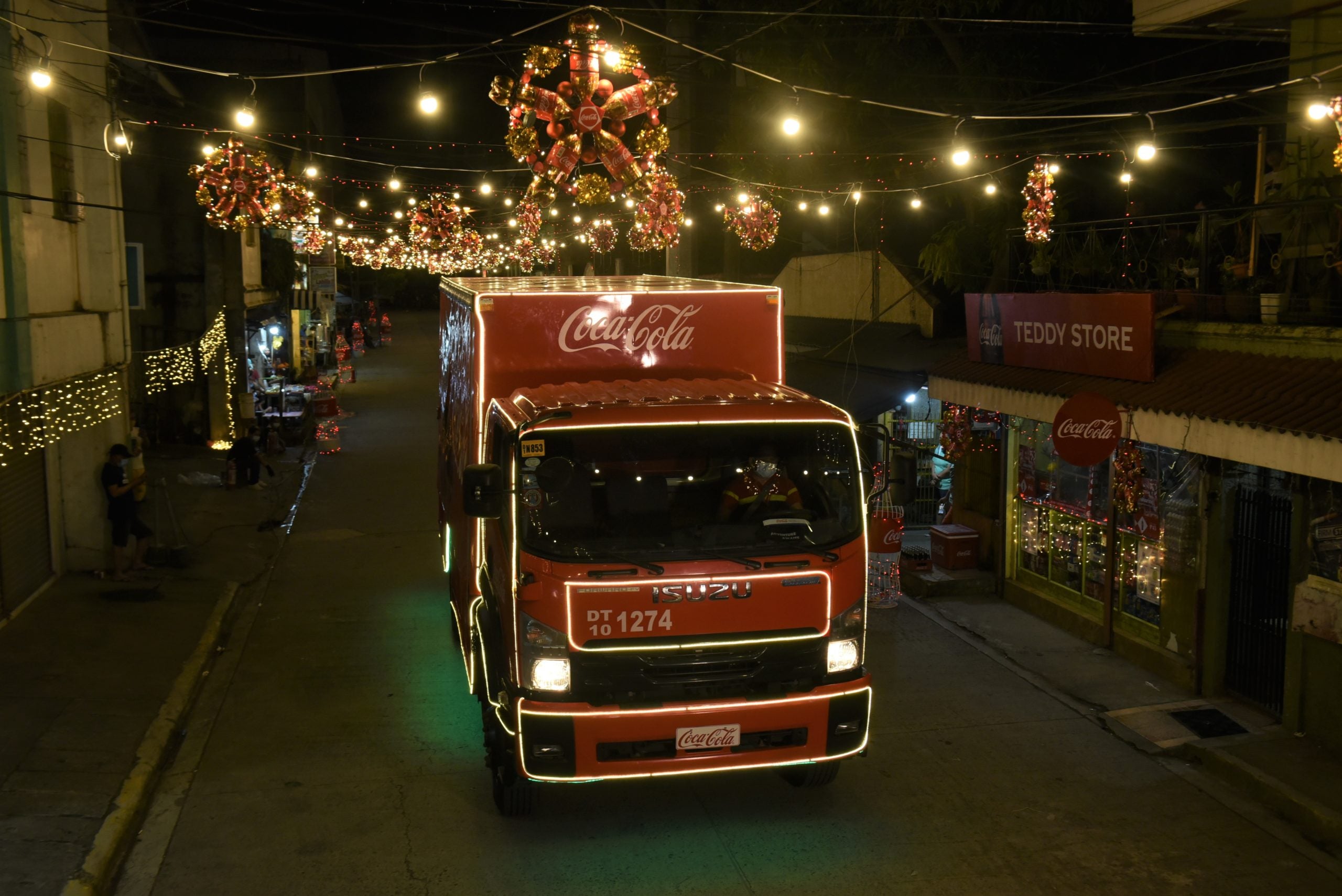 A bright and constant presence in communities

Coca-Cola is ensuring that it remains a force of good in the communities that have welcomed it and which have served as its home for decades. From taking care of its own people, to continuous investments in the Philippines, to helping micro-retailers and OFWs rebuild and restart; from taking part in relief efforts to both ease the effects of the pandemic and to aid those affected by natural calamities, to lighting up its manufacturing sites across the country and its trucks—Coca-Cola will always be with every Filipino.

Across the Philippines, Coca-Cola has lit up all of its 19 manufacturing sites and has deployed to Luzon, Visayas, and Mindanao over 60 bright red Santa Trucks outlined by lights—a visible token of gratitude to Filipinos and a small way of spreading cheer to the people and neighborhoods they meet in their fulfillment of delivering happiness across the country.

“For more than a hundred years now, Coca-Cola has been a constant presence in Filipino households, especially during the holidays.” add McGeown. “With the recent economic hardships arising from the pandemic and the destructive typhoons, the Company is making its positive presence felt much stronger and in even more meaningful ways to reach and touch the lives of as many Filipinos as possible.”

For Christmas, Coca-Cola shares a hope with every Filipino: that each and every one of us continues to be with our truest and brightest lights—family, friends, loved ones—in this holiday season and beyond.