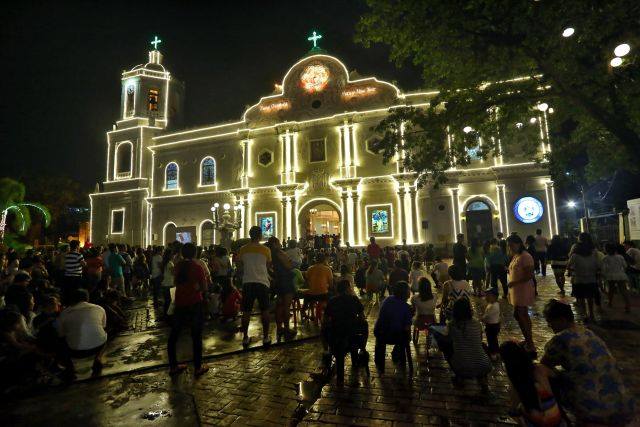 CEBU CITY, Philippines — Cebu City residents aged 15 to 65 years old will have more time now to go outside this Christmas season after the city government has reduced the curfew to a mere four hours a night.

Furthermore, the use of quarantine pass will be suspended from 12 a.m. of December 15 to 11:59 p.m. of December 25, for all 15 to 65-year-olds, the age group allowed to go out under the Modified General Community Quarantine (MGCQ).

People with comorbidities or suffering an illness are not allowed to attend the Misa de Gallo.

For the dawn Masses, these can only be held from 4 a.m. to 6 a.m., and parishes are given the discretion to hold at least two masses as well.

The capacity for the interior of the churches must be maintained at 50 percent at all times. This follows for all authorized places to conduct Misa de Gallo.

Complexes, basketball courts, covered courts, and similar areas may hold Misa de Gallos provided that these have been given permission by the Office of the Mayor.

Furthermore, there will be no vendors selling food and drinks within a 50-meter-radius of the churches or Misa de Gallo venues.

Mayor Labella urged the public to still observe the required health protocols even when the restrictions have been eased for the Misa de Gallo.

“The Misa de Gallo is an important religious tradition for us Filipino Catholics, and I have decided to allow the holding of night and dawn masses subject to strict health and safety precautions.” 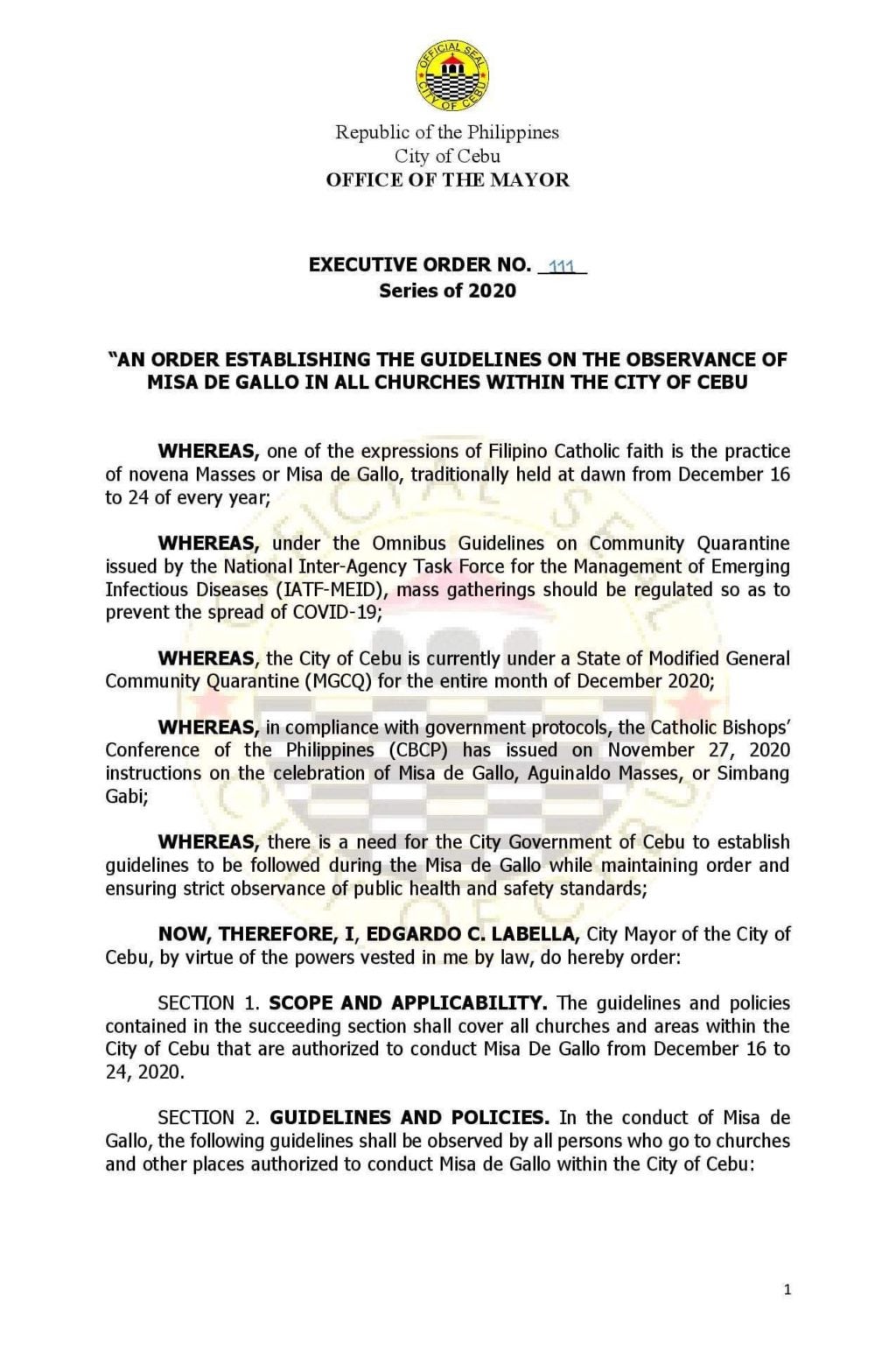 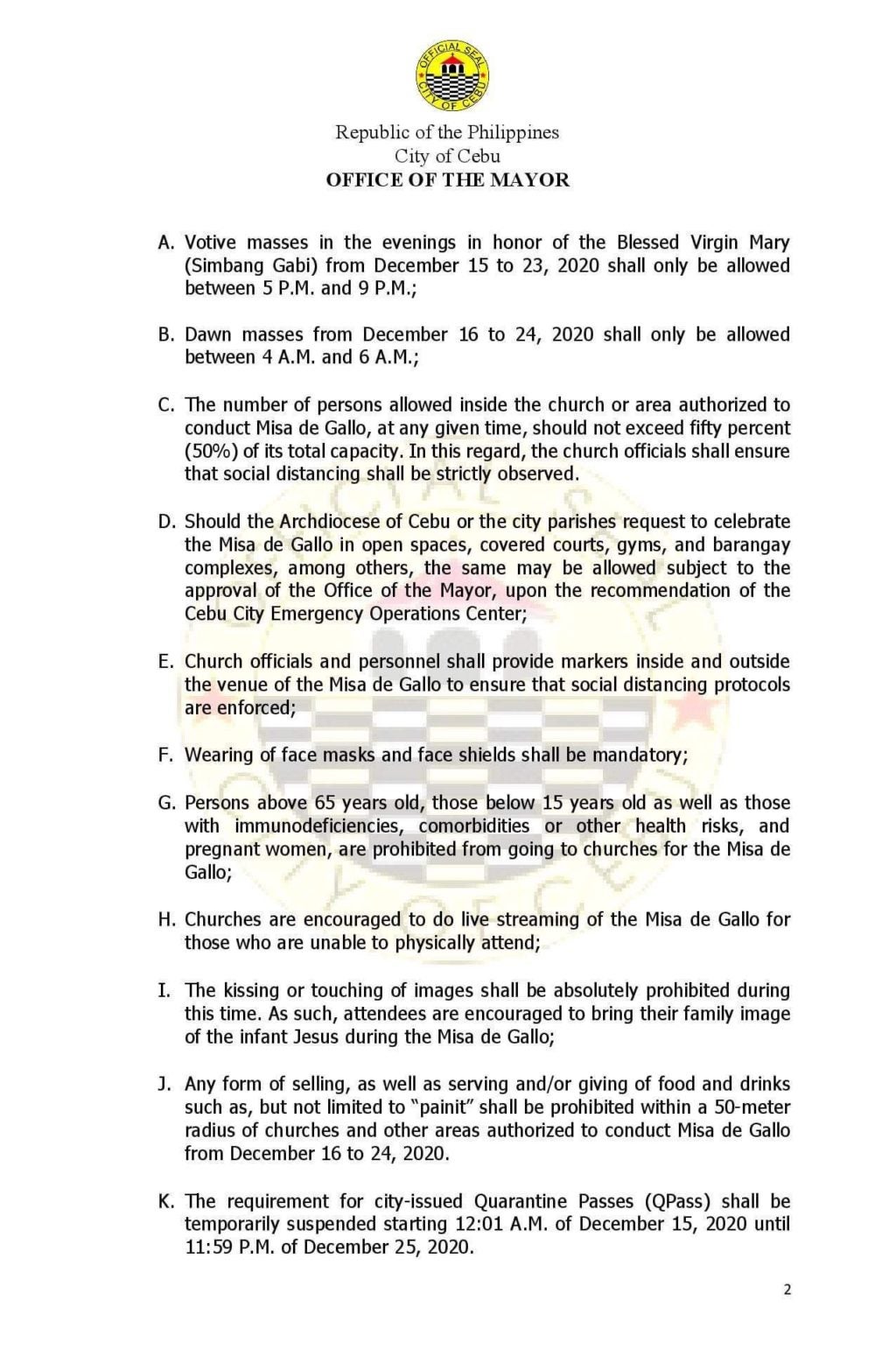 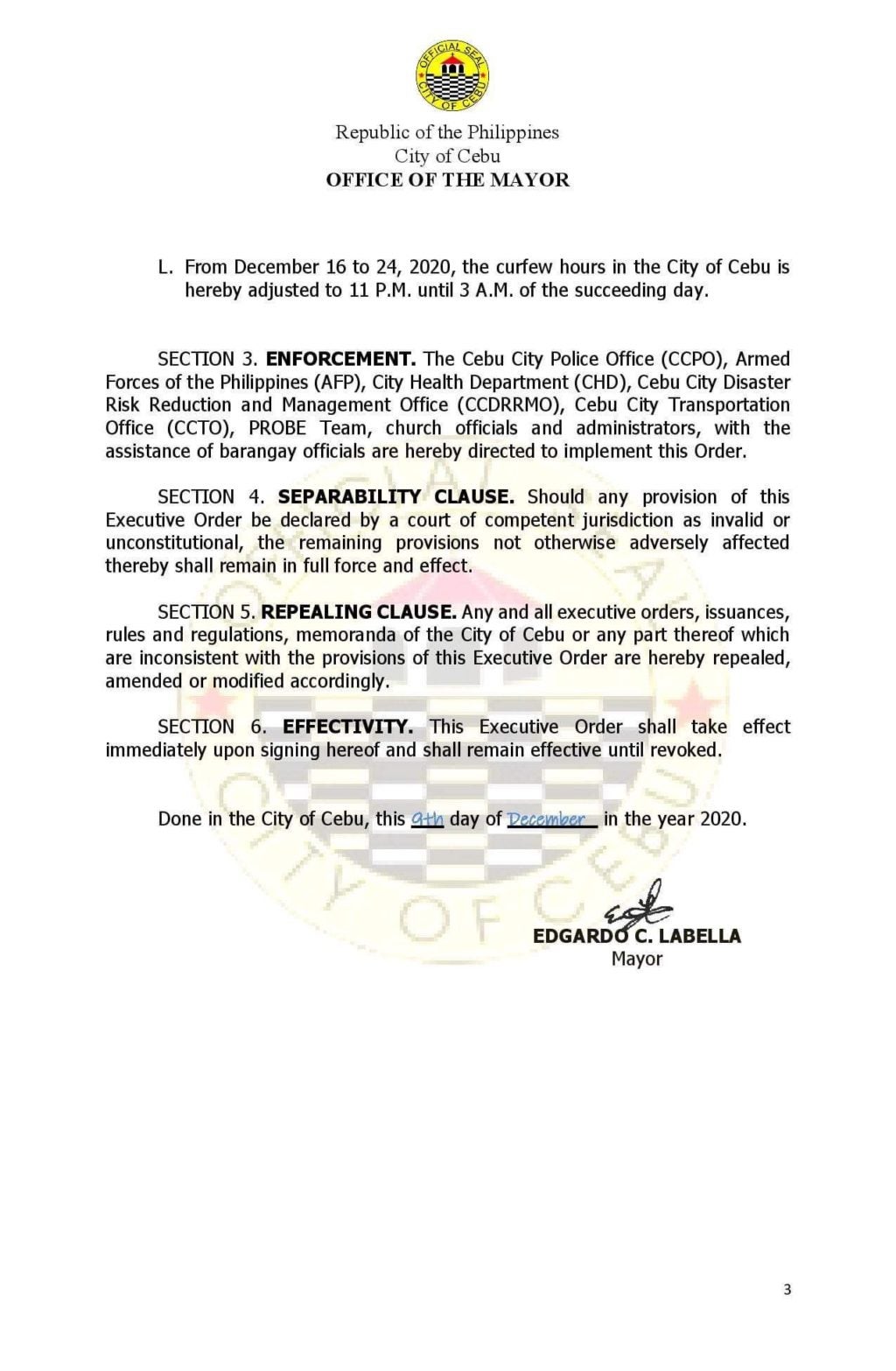