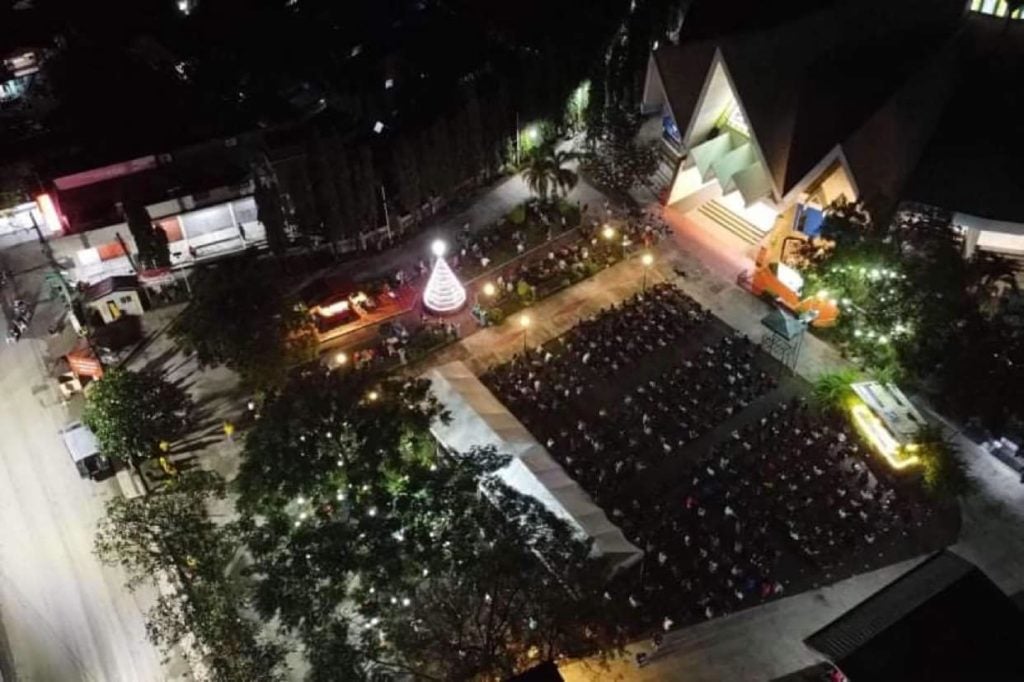 CEBU CITY, Philippines — Talisay City Mayor Gerald Anthony “Samsam” Gullas is urging the churches in the city to place more speakers outside so parishioners who can’t  join the mass inside the churches due to limited capacity can still listen to the mass clearly.

The mayor said this after the second day of the Misa de Gallo on Thursday, December 17, 2020.

Gullas noticed that the people outside the church have a tendency to try and get near the entrance because they cannot hear the mass going on inside due to the lack of enough speakers to amplify the sounds.

“Problems encountered – Dili na kaau madungog sa mga taw na naa sa gawas ang misa kay kuwang ang speakers. (The sound cannot be heard clearly outside because there is a lack of speakers). We have already informed our church officials of this matter,” said the mayor.

Talisay City residents have been noticeably compliant with social distancing and other health protocols whether inside or outside the church for the past two days, much to the pleasure of the city government.

Gullas noted that churches in the city have complied with strict monitoring of the parishioners attending the masses. He extended his gratitude for the cooperation of the residents.

There is still a tendency for people beyond the allowable 50 percent capacity to try and enter the church compounds, but police and barangay security personnel have managed to deal with this problem.

“It’s still not perfect, it will be never perfect. But we want to get better everyday,” said the mayor.

The city government urges residents to continue their compliance to health protocols so as to prevent the spread of the Coronavirus Disease 2019 (COVID-19).

The city currently has only four active cases left as of this posting. /bmjo

Read Next
EOC to public: Step up compliance during Misa de Gallo in preparation for Sinulog 2021