Signal no. 1 raised over central, southern Cebu due to TD Vicky 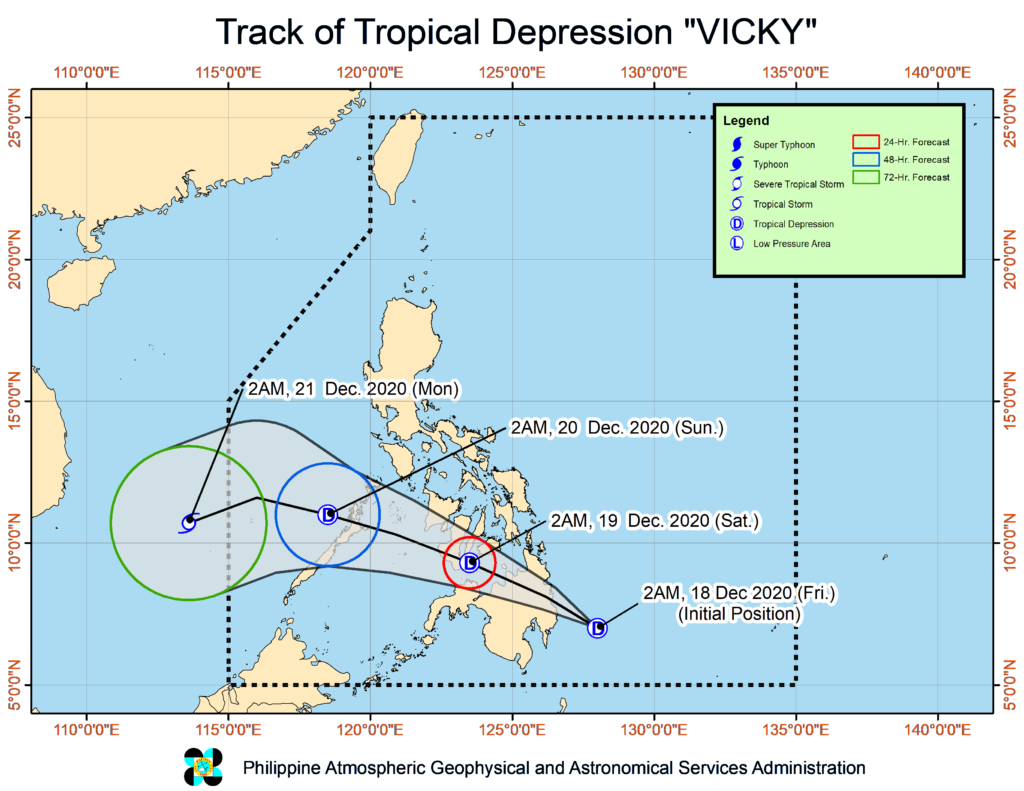 Mandaue City, Cebu—Signal no. 1 has been raised over portions of central and southern Cebu due to tropical depression Vicky on Friday morning, December 18, 2020.

TD “Vicky” developed into a tropical depression at 2 a.m. Friday, making it the 22nd tropical cyclone of the year and the 1st for the month of December, according to Pagasa.

According to the bulletin, this tropical depression is forecast to move generally west-northwestward and make landfall in the vicinity of Davao Oriental-Surigao del Sur area in the next 12 hours.

After crossing Mindanao, the tropical depression is likely to emerge over the Bohol Sea on early Saturday morning, pass close or over Siquijor, and make another landfall over the southern portion of Negros Island. By tomorrow morning or afternoon, “VICKY” is likely to emerge of the Sulu Sea.

Read Next
For the love of Baguio