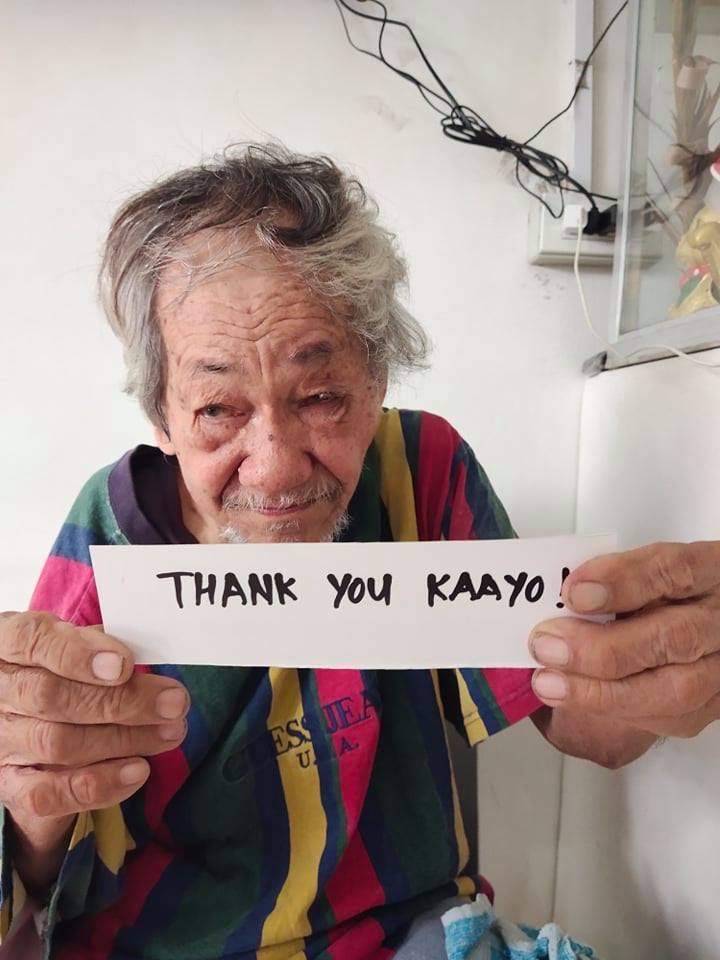 This is Tatay Semion’s effort to say thank you to all those who are helping him. | Photo courtesy of Debbie Wan-Blancas

Tatay Semion, who went viral last December 12 after a laundry shop owner in Pardo, turned to social media to help Tatay Semion look for a new and safer home.

Debbie Wan-Blancas, the owner of the laundry shop, told CDN Digital that after almost two weeks of finding a place Tatay Semion still has zero luck in landing in a new place.

Currently, he is still residing in his small rented room in Barangay Calamba.

“He was offered to be sheltered in one of the shelters in the city but refused. He wanted to rent in Quiot area so he can still sell his ice candy and is much nearer to his supplier,” said Blancas.

The 73-year-old has been receiving donations from netizens and from strangers and carries with him a thank you note in which he asks Blancas to take a photo of him so he can share his appreciation to those who helped him.

He still walks around with his ice candy container in Pardo area in the hopes that he can find a place to stay that is cheap and safe.

If you happen to know anyone who owns a place in Pardo or in Quiot, you can message Blancas on her Facebook account to help you be the bridge to Tatay Semion.

Let’s do it again, Cebu, for Tatay Semion, so he too can spend a meaningful Christmas in his new home./dbs