SM ushers in the New Year with “Beacon of Hope” spectacle

As the year draws to a close, SM Supermalls lights up the sky with a heart-warming visual spectacle themed as “Beacon of Hope” to welcome 2021 in high spirits.

Released on SM Supermalls Facebook page on New Year’s Eve, the Beacon of Hope video shows select SM malls across the country illuminating the night with bright and colorful virtual projection mapping on mall’s facade. Each mall highlights a virtue through a dazzling light show and stunning exhibition of glowing shapes and images to create a memorable and moving visual display. 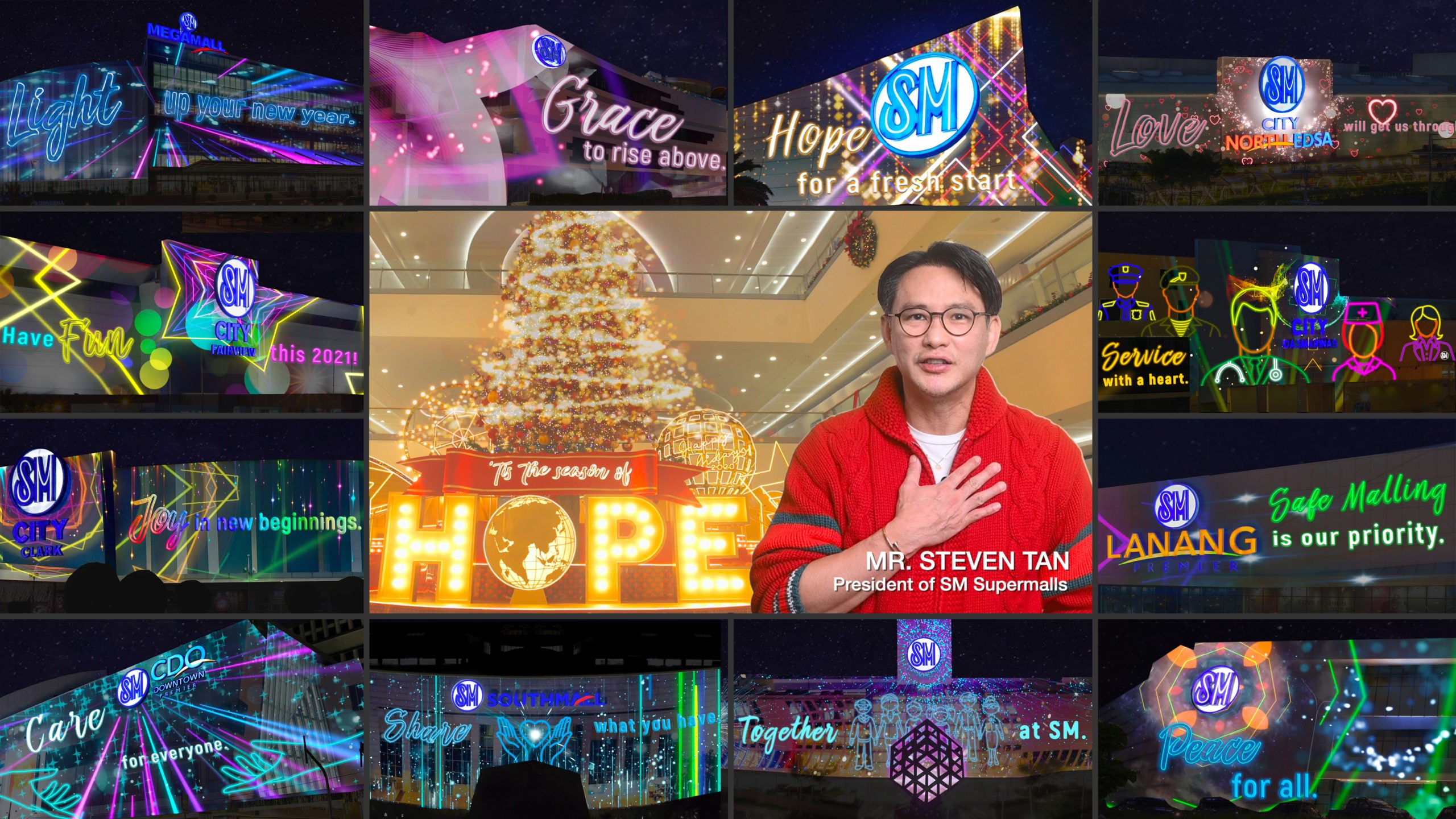 We continue to stand with our community even during tough times and now as we face the New Year together with a renewed hope and joy.

SM City Dasmariñas celebrates ‘service’ to honor the frontliners as SM Lanang Premier underlines the importance of having a ‘safe’ space. SM City Fairview spreads ‘fun’ while SM North Edsa sparks ‘love’ with a hearty light show. SM Seaside City Cebu stresses the value of ‘togetherness’ while SM Mall of Asia brings ‘hope’ that we will all rise and heal as one. The remaining SM malls nationwide also join the festivity as they lit up their respective facades with their own bright holiday decorations.

“SM aims to spur optimism as we bid goodbye to a challenging 2020 and prepare for a fresh start in 2021. We continue to stand with our community even during tough times and now as we face the New Year together with a renewed hope and joy,” said SM Supermalls President Steven Tan.