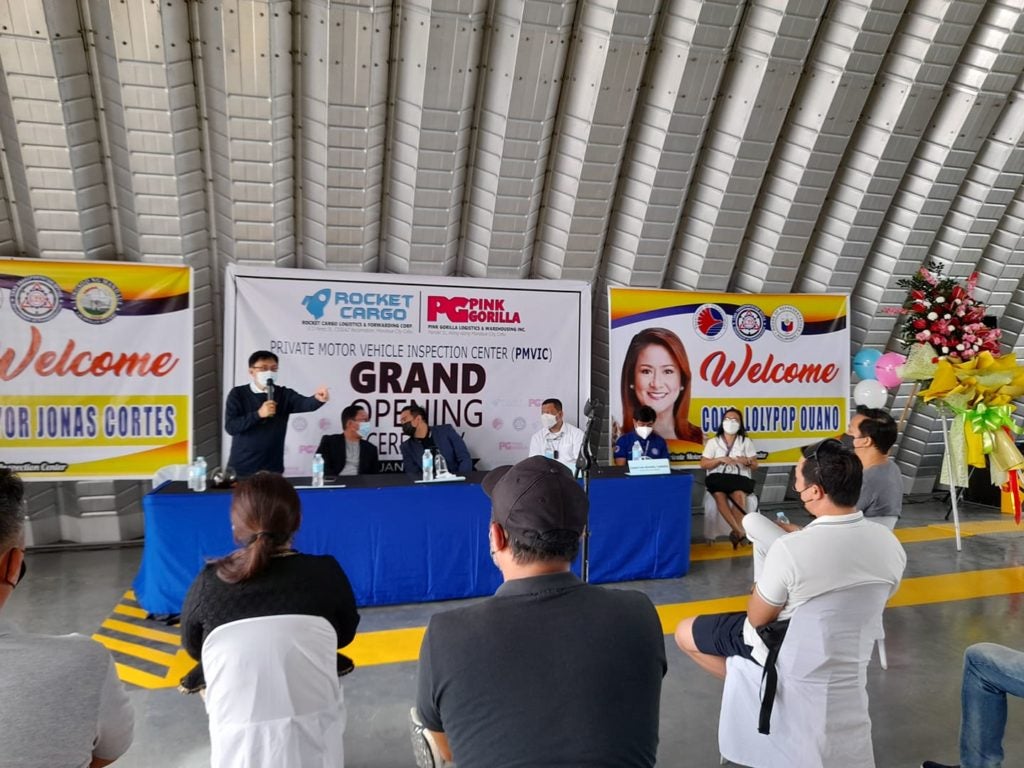 MANDAUE CITY, Philippines — All registered motor vehicles in the cities of Cebu, Mandaue and Lapu-Lapu will now have to go through the two newly opened Private Motor Vehicle Inspection Centers (PMVICs) in Mandaue City starting January 11, and these inspection centers are ready to accommodate these vehicles.

Regional Director Victor Caindec of the Land Transportation Office in Central Visayas (LTO-7) was referring to the two newly opened PMVICs with the agency’s partners — Rocket Cargo and Pink Gorilla, where the newly opened inspection centers were set up.

Caindec said that soon these would be mandatory for all registered private vehicles in Central Visayas to go through these PMVICs.

(This [PMVIC] will become mandatory when we have the full capacity. For now, we have what we call the geographical area of responsibility. For example, in Mandaue, all registered vehicles in Cebu City, Mandaue and Lapu-Lapu will now be going through the Private Motor Vehicle Inspection Center starting today.)

(So if you are going to renew your registration for your private vehicle, then you have to go through the Private Motor Vehicle Inspection Center.)

Inspection fee for vehicles is P1,800, and they will will undergo 74 tests including emission, sound, speedometer, among others. The tests will take at least 15 minutes.

For motorcycles, the inspection fee is P600 for 6 tests such as emission, speedometer, among others. These will take 5 to 10 minutes.

(What you usually think is that you have to go through these because it is required. but if you are the owner of a vehicle and you look at the facility, the tests are more than what are done on auto repair shops.)

(Peace of mind is what you are having here because you will know that your vehicle that your family will ride on have no problems.)

Caindec said those vehicles who have been in Emission Testing Centers would still need to go to the LTO-7 PMVICs to have their vehicles inspected.

Caindec said the inspection center at Rocket Cargo in E.O. Perez Street in Barangay Subangdaku could accommodate at least 50 — both vehicles and motorcycles per lane in a day. There are two lanes for vehicles and one lane for motorcycles.

The other PMVIC — Pink Gorilla — is located in Plaridel Street in Barangay Alang-Alang.

In Central Visayas, there are approximately 1 million registered vehicles.

Aside from the two PMVICs in Mandaue, Caindec said the one in Danao City had also officially opened too.

There are still five other PMVICs that have yet to be completed in Cebu City and Cebu province. Three are in Cebu City, one in Naga City and another one in Carcar City.

Meanwhile, Mandaue City Mayor Jonas Cortes, who attended the grand opening of the PMVICs, said these would be a big help because these would minimize vehicular accidents.

(I am happy with the opening of the Rocket Cargo and Pink Gorilla inspection centers.)

(Director Caindec is right in saying that those recent accidents in Transcentral Highway that were caused by mechanical problems could have been avoided if these vehicles had undergone the inspection. So definitely, this will save the environment and save lives.)

[forminator_form id="457879"]
Read Next
Cortes on trike ban on nat’l roads: We did not violate any law on that