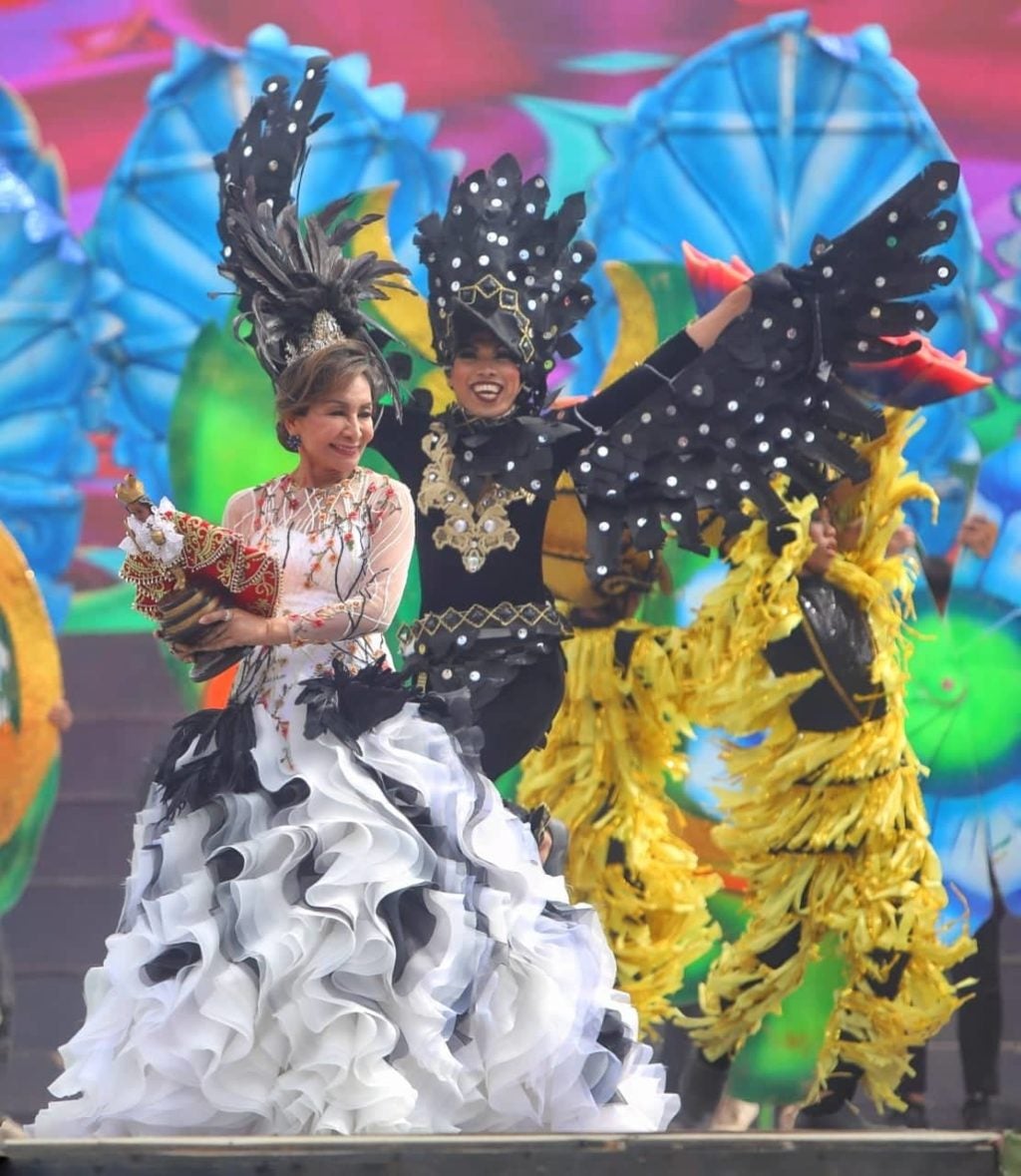 Cebu Governor Gwen Garcia dances with the Alcoy contingent during the Sinulog 2020 Grand Ritual Showdown at the Cebu City Sports Center in this January 19, 2020, contributed photo by Tonee Despojo

CEBU CITY, Philippines – Cebu Governor Gwendolyn Garcia will be continuing her tradition of doing a Sinulog dance this year amid the coronavirus disease 2019 (COVID-19) pandemic.

Garcia, in a press conference on Thursday, January 14, announced that she will be dancing the traditional Sinulog dance this Sunday, January 17, at the Capitol grounds sans the audience.

“I feel that it is my moral duty to still give homage to the Snr. Sto. Niño who has blessed the province so much,” Garcia told reporters.

The governor also said that ‘personal achievements’ she reached in 2020 also prompted her to pay homage and thanksgiving to the Holy Child.

“On a personal note, He too blessed so much protecting me against all false charges against me, vindicating me and my family,” she added.

The governor has been performing the traditional Sinulog Dance since her first term in office in 2005 until 2013.

In 2020, Garcia made a Sinulog comeback by performing in the Siloy Festival of the Municipality of Alcoy.

Unlike before, however, the governor will not be dancing in front of a physical audience this year.

“We will be encouraging everyone to watch the Capitol’s livestream,” said Garcia.

The Sinulog Festival for this year, however, was canceled due to health concerns. /rcg