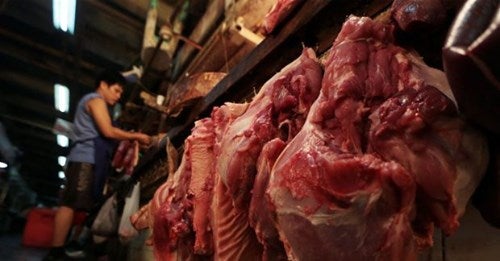 CEBU CITY, Philippines — The Cebu City Market Operations Division (MOD) has been monitoring the sudden rise in the prices of pork and chicken products in the Carbon Market.

MOD Head Irvin Cabales said in a press conference that there have been alarming reports of hiked up prices of these products from both vendors and consumers alike.

The MOD has been monitoring the prices daily since this hike began approximately a week ago.

Cabales said that as much as the MOD can control the operations of the markets, they have little to no hold on the pricing of products unless a price freeze from the Department of Trade and Industries (DTI) has been imposed.

The entry of pork and poultry is also monitored mostly by the Department of Veterinary Medicine and Fisheries (DVMF) and the MOD does not have access to the supply chain from the stock houses.

The MOD is gathering daily data from the markets so they can send the information to DTI for analysis on whether the hike in price is justifiable.

As for the vendors, they said that the suppliers have been racking up the prices of chicken and pork alledging shortage of supplies.

Some vendors told CDN Digital that they had to increase the prices because they were buying the products at a much higher price than before per wholesale.

Cabales said that the rise in the prices for pork may have been heavily affected by the African Swine Fever (ASF) ban from many provinces in the country.

This natural decrease in supply would also naturally increase the retail price of pork products. Still, Cabales said they will consult DTI if the price hike is reasonable and within bounds.

It could be possible that the suppliers have been hiking the prices up causing an increase in the retail price, Cabales said.

The MOD is still investigating why poultry products have increased even if there seems to be no shortage in supply. /rcg