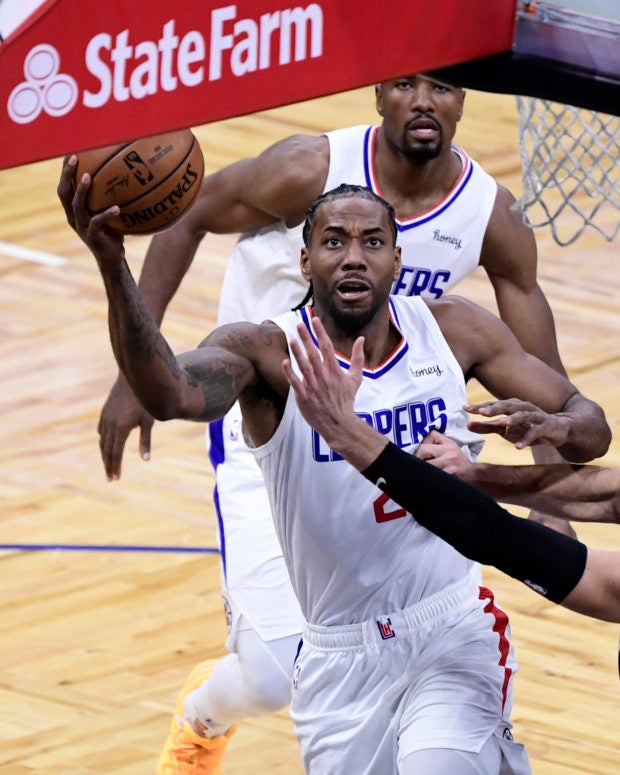 Kawhi Leonard #2 of the LA Clippers drives to the net during the third quarter against the Orlando Magic at Amway Center on January 29, 2021 in Orlando, Florida. (Douglas P. DeFelice/Getty Images/AFP)

LOS ANGELES  – All-stars Paul George and Kawhi Leonard combined for 50 points in their return from the Covid-19 unavailable list as the Los Angeles Clippers routed the Orlando Magic 116-90 on Friday.

George finished with a team high 26 points and nine rebounds while Leonard tallied 24 points for the Clippers, who continued their dominance over the Magic by winning their 14th straight contest in a stretch dating back seven years.

“Just having their presence was huge for us,” said Clippers coach Tyronn Lue. “We needed those guys tonight. I thought our team was a little tired, but we fought through it.”

Leonard and George had been out of the lineup since Monday and did not join the team at the start of their current six game road trip. They were both cleared to play earlier Friday at Amway Center arena in Orlando.

“It was good,” George said of the added rest. “I took care of my body and rested. I just chilled and relaxed in the house with my family.”

The Clippers, who were still missing Patrick Beverley with a sore knee, are now 2-1 on their road trip and lead the Pacific Division with a 15-5 record.

Nikola Vucevic was the only Magic player to reach double figures but the Clippers held him to just 10 points, well below his 23 point season average.

“Coming in we made it a focal point to stop him,” George said of Vucevic. “We didn’t want him to get started early. We did great job on him.”

Reggie Jackson sank a turnaround shot at the buzzer to give the Clippers a 62-48 lead at the half.

Los Angeles stretched their lead to led to 19 points at the end of the third, 90-71, then continued to run away with the contest in the fourth.

Terrence Ross came off the bench to lead the Magic with 24 points.

Elsewhere, Atlanta’s Trae Young scored 41 points to lead the Hawks to a 116-100 victory over the Wizards in Washington, where three players were ejected from a chippy contest.

Washington, who never led after the first minute, were down by 18 when point guard Russell Westbrook was tossed after receiving his second technical foul for shoving Hawks guard Rajon Rondo. 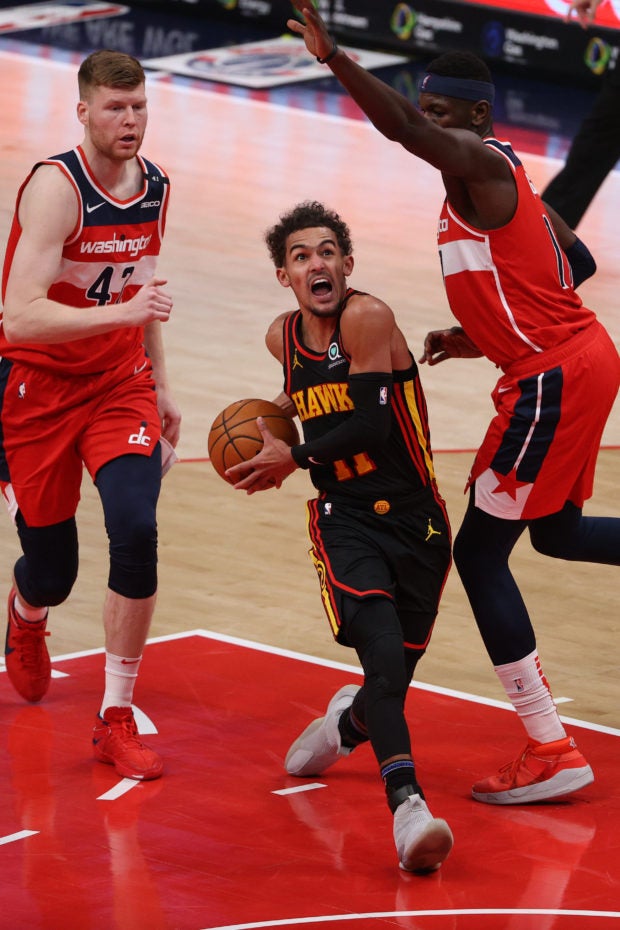 WASHINGTON, DC – JANUARY 29: Trae Young #11 of the Atlanta Hawks drives to the basket against the Washington Wizards during the second half at Capital One Arena on January 29, 2021 in Washington, DC. Patrick Smith/Getty Images/AFP

Westbrook and Rondo had both received technicals after jawing late in the first half.

Rondo, who waved goodbye to Westbrook as he departed the court, was ejected with 5:08 to play. Washington center Robin Lopez was also ejected, receiving two quick technicals while on the bench for comments to officials after a delay of game call on teammate Bradley Beal — the NBA scoring leader who was held to a season-low 26 points by the Hawks.

Elsewhere, James Harden had 25 points, 10 rebounds and 11 assists to lead the Brooklyn Nets to a 147-125 win over the Oklahoma City Thunder.

It was Harden’s third triple-double in eight games since being traded from Houston.