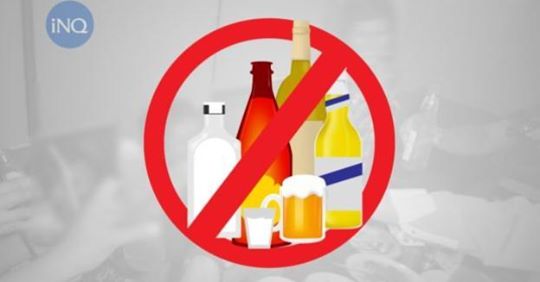 This was the decision of Mayor Edgardo Labella after the Cebu City Police Office (CCPO) reported continuous violations from various food and liquor establishments on the limited serving for alcoholic beverages.

In fact, the Business Permit and Licensing Office (BPLO) has issued at least 14 liquor permit suspensions to establishments since January 2020.

Labella said that because people refuse to avoid drinking, especially in private gatherings, this has become one of the reasons for the rise of Coronavirus Disease 2019 (COVID-19) cases in the past month.

In Executive Order (EO) No. 117, the mayor has prohibited restaurants, hotels, resorts, convenience stores, sari-sari stores, and other establishments from serving liquor for the entire duration of the community quarantine.

“Many of them have already caused this spike because there is no more control. So I have decided that even if we are under the MGCQ (Modified General Community Quarantine ), to issue another liquor ban in public spaces including restaurants starting tomorrow,” said Labella.

Under EO No. 117, drinking liquor will also not be allowed for public spaces, which means that drinking sprees outside homes will be prohibited.

Violating the EO would mean paying fines for the individuals who will be caught drinking in public spaces. The penalties will follow the ordinance for quarantine violations which starts at a P500 fine to P3,000 penalty with court charges and jail time.

As for establishments, they have much more to lose if they violate the order as they could also lose their business and operations permit rendering them unable to do business for a given period of time.

Exceptions for the liquor ban would be hotels and resorts serving in-house guests and private individuals buying liquor in grocery stores for home consumption. /rcg