Patrimonio thinks Fajardo should be in PBA ‘GOAT’ conversation 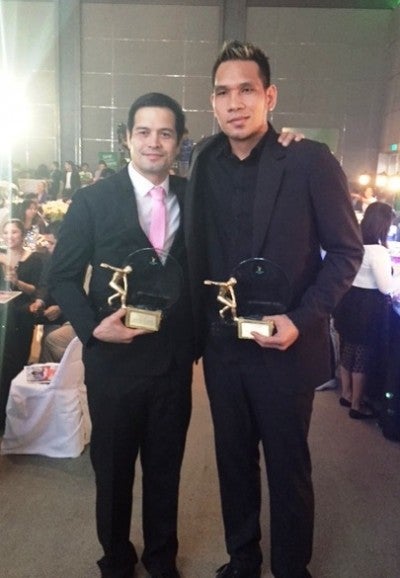 MANILA, Philippines—There are a few players thrust into the conversation of being the PBA’s greatest of all time with names such as Ramon Fernandez, Alvin Patrimonio, and Robert Jaworski usually popping into people’s heads.

Fernandez is the league’s all-time leading scorer and has four MVP awards along with Patrimonio while Jaworski, despite winning only one MVP plum, is undoubtedly the PBA’s most famous character with an unbridled charisma that’s still felt this day and age.

There is, however, one more player viable to be in that conversation and that is the jovial giant June Mar Fajardo.

Patrimonio said the 6-foot-10 center should already be in the “GOAT” picture along with him, Fernandez, and Jaworski.

“With so many achievements under his name, he can already be in the GOAT conversation,” said Patrimonio in a virtual media availability for hair clinic MAXIM Hair Restoration on Friday. “He’s won so many championships with San Miguel and of course he’ll be up there because of his contributions.”

Fajardo, who started his PBA career in 2012 as the first overall pick, already surpassed Patrimonio and Fernandez’s MVP cabinet with the Beermen’s center winning six of those plums in successive years.

Both Fernandez and Patrimonio needed six years to win their four trophies but only Fajardo was able to dominate the league for consecutive seasons.

Fajardo already eclipsed Patrimonio’s mark of five championships with eight but he still lags behind Jaworski and Fernandez.

Jaworski has 13 titles while Fernandez has and absurd collection of 19 championships while also holding the distinction as the league’s all-time leading scorer with 18,996 points.

As for his “GOAT” status, Patrimonio said he feels blessed to even be considered as the league’s greatest.

“I’m blessed because it was my era when we played against our favorite players, the pioneers of the game [the generation that included Fernandez and Jaworski],” said Patrimonio, who is third all-time in scoring with 15,091 points, in Filipino. “All I did was give my hundred percent effort.”

”I’m happy to have inspired and touched the lives of the younger generation of players, that for me is what I can call success. Also there’s the lesson of loyalty because I only played for one team in my career and also teaching them about professionalism. One should always have a good attitude and you should show that as a professional.”

Read Next
Police headquarters in Bohol town placed under lockdown