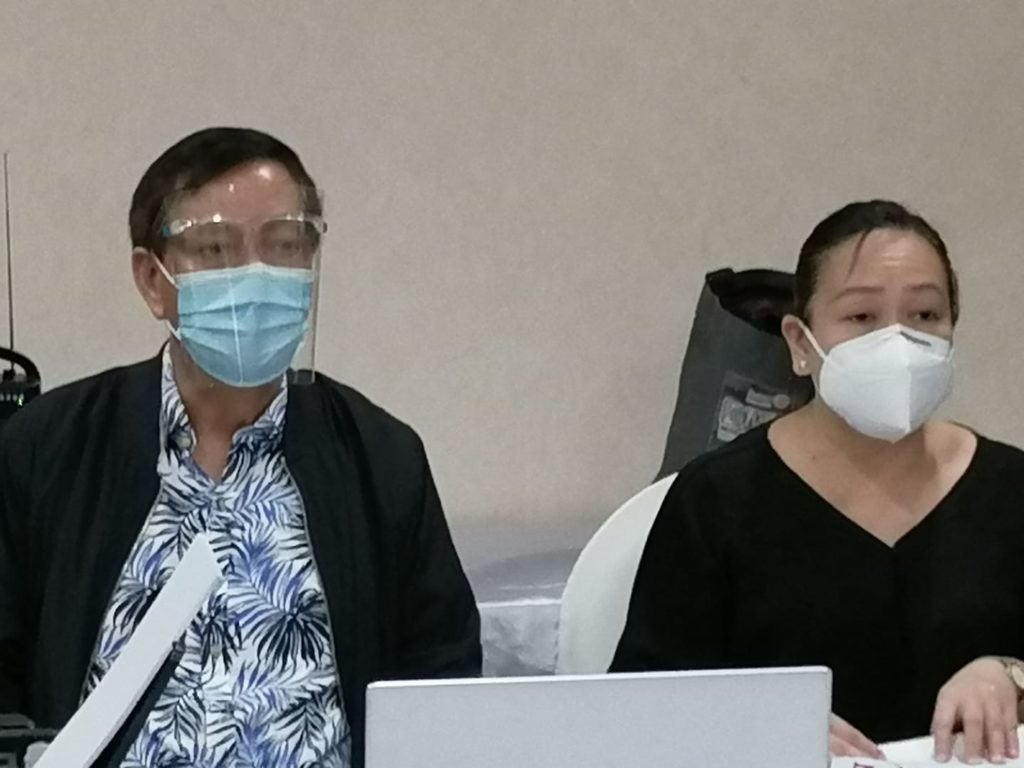 Vice Mayor Michael Rama is asking in a press briefing today, February 7, Mayor Edgardo Labella to tell the public what really is the real score of his health. | Morexette Marie Erram

Rama, however, denied Labella’s earlier claims that his agenda were rooted in politics.

(We need a visible and active mayor. What is the condition of our mayor? I am not politicking, mayor.)

Read: Labella to Rama: Put aside politics, work harder in this pandemic

The vice mayor replied by saying he had no intention to usurp Labella for the top seat in the city, a statement which offended him.

“I don’t want to disabuse his mind. I am not playing politics…I take offense at being labelled as such,” said Rama.

“I don’t want to take the job of the mayor, usurp what belongs to Mayor Labella. That is not my cup of tea. But I’m concerned for all Cebuanos in the situation we’re in,” he added.

It can be recalled that Labella last January filed a medical leave due to an ‘ear infection’.

He was back to work three days after but announced that his physicians advised him to ‘work from home’ since then.

Read: Rama to Labella: If you can’t manage city, you know what to do

On the other hand, Rama said the recent exchanges he had with Labella, who has been his political partner, did not result to any political tensions within the Barug-PDP Laban bloc.

This despite admitting that Rama has recently reached out to Labella and City Administrator Floro Casas Jr. twice to no avail.

“We, the mayor, remained good friends. We still have (recent) intimate talks with Mayor Labella. But as far as I know, I’m still president of Barug-PDP Laban,” he noted.

When asked if he believed if Labella’s illness is only limited to a ‘simple ear infection’, Rama, however, did not provide a clear-cut answer.

(If you’re going to say ear infection, there’s a lot of questions. This is why the city needs to know the real thing, and it should clear things out. Get the facts straight so the city will not be confused.)

Rama, in the meantime, assured the public that the City Council, where he sits as chairperson, ‘has been doing its best to respond to the ongoing COVID-19 outbreak here’ despite the physical absence of Labella in City Hall.

Read Next
Go out and register: Comelec opening Saturday voter registration by Feb. 20