Policeman kills rape suspect, who attacked him with knife 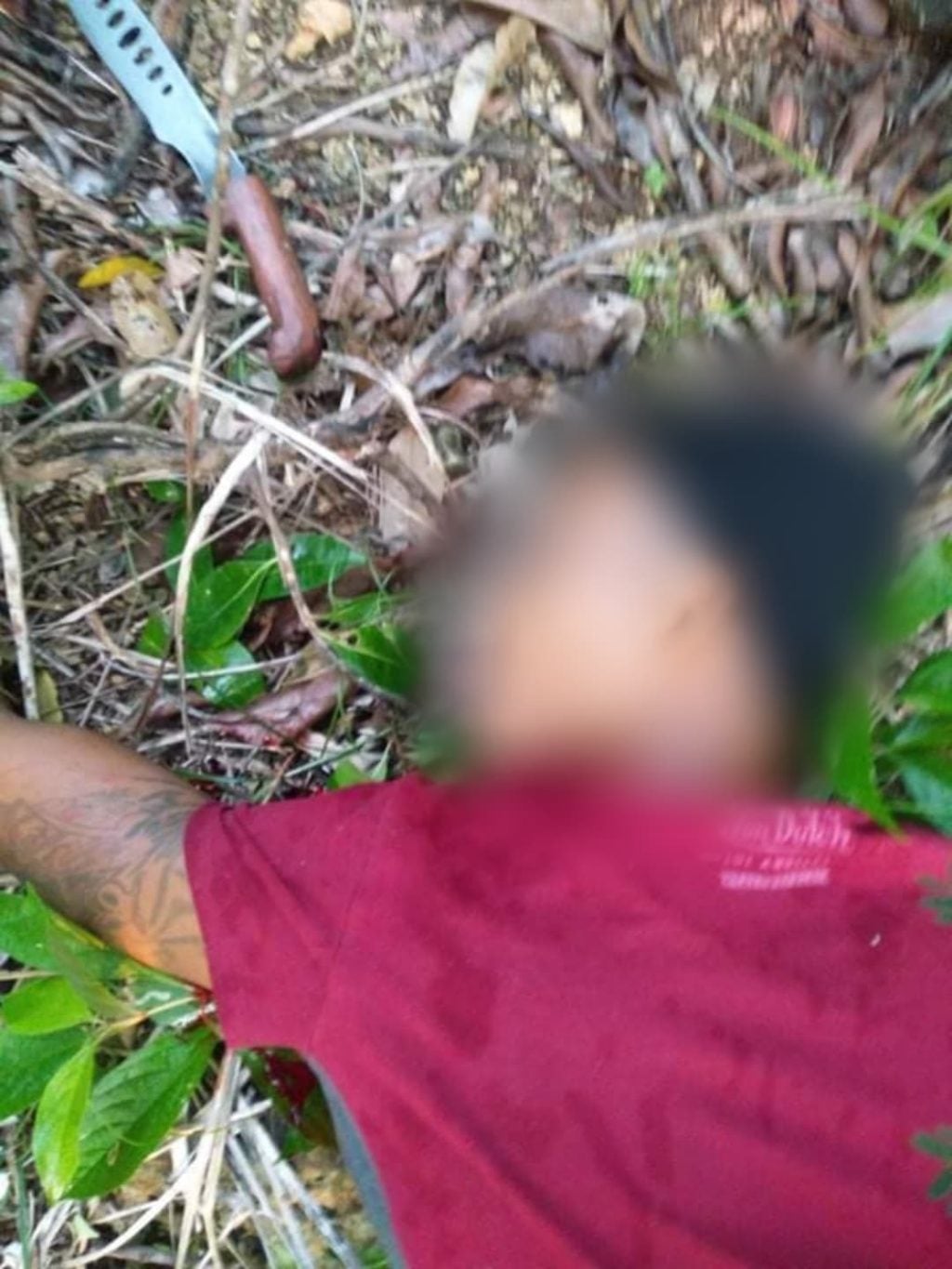 Rodelito Dublin, 22, is killed by a Daanbantayan policeman after Dublin resisted arrest and attacked the policeman with a knife. The incident happened while police was there to arrest Dublin, who is accused of raping a minor. | Photo from Daanbantayan Police Station

CEBU CITY, Philippines — A policeman shot dead a 22-year-old man, who was a suspect in the rape of a minor, after he resisted arrest at past 6 a.m. today, February 12 in Light House, Sitio Kalubihan, Barangay Logon, Daanbantayan town in northern Cebu.

Rodelito Dublin, a laborer, died after he was shot in the chest by one of the arresting policemen, when Dublin resisted arrest and lunged at the policeman with a knife, said Police Corporal Luche Leyson of the Daanbantayan Women and Children Protection Desk.

(Early this morning, police planned to wait and arrest the suspect after they had a lead on where he was hiding. While they were heading to the area, which was an elevated area with tall grass and trees, the suspect, who was armed with a knife suddenly appeared from behind a tree and lunged at one of the arresting police officers. Fortunately, the police officer managed to dodge the suspect’s attack.)

The policeman then fired at the suspect as he tried to lunge at him again with the knife.

Leyson said police also could not bring the then wounded suspect to the hospital because it is an island, which is far from the hospital.

The police instead brought a doctor to the area, who declared Dublin dead.

Leyson said Dublin was earlier identified by a 15-year-old girl as the one who allegedly raped her on February 11 at the shoreline near the port area.

The girl recognized the face of the suspect because he was a laborer at the port area and would always be seen staring at her friends and her.

The minor reported the alleged rape to the police, who conducted a hot pursuit operation against the suspect.

Read Next
Cebu City apprehensive about reopening cinemas for now