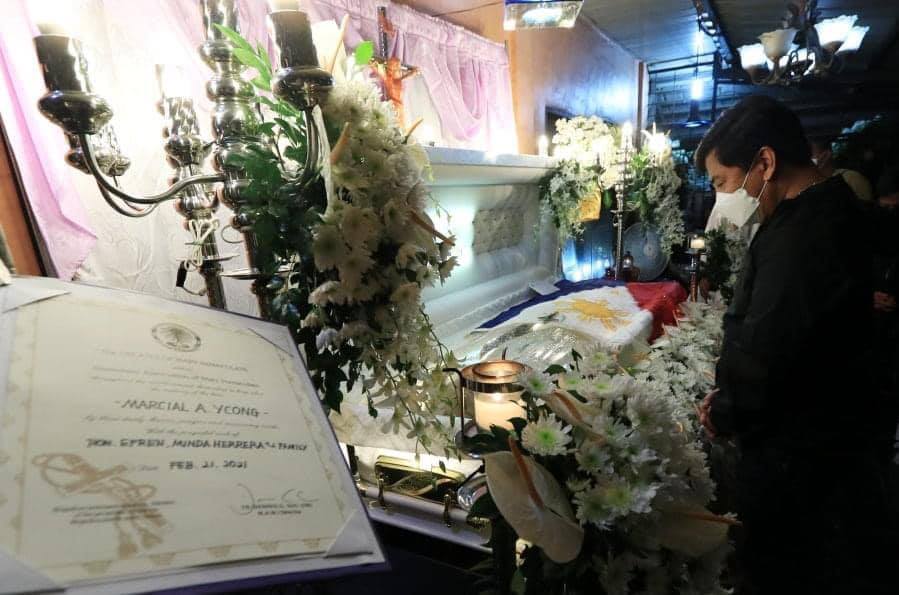 Mayor Junard “Ahong” Chan said that this is to give city hall employees and his colleagues in the city council a chance to pay their final respects to Ycong before he will be laid to rest on Saturday, February 27, 2021, at the Mactan Memorial Garden in Barangay Marigondon.

“Incumbent councilor siya. At least one of the programs is that his colleagues in the council will do eulogy para mapaabot nato ang mga maayo mga nahimo nga buhat ni honorable Marcial Ycong,” Chan said.

(He is an incumbent councilor. At least one of the programs is that his colleagues in the council will do eulogy so that all the good things that the honorable Marcial Ycong did will be known.)

On Saturday, February 20, 2021, Ycong was found lifeless in his room at his residence in Barangay Calawisan, here.

His eldest sister, Leonora Quirol, said that her brother died due to a heart attack.

During the interview with CDN Digital, Quirol was not able to hold her tears as she recalled how her brother worked hard just to help them when their parents died.

Ycong became a councilor in Barangay Pajo in 2001 for one term. After that, he became a vice-mayor during the administration of former City Mayor Paz Radaza, who is now the incumbent representative of the Lone District of Lapu-Lapu.

Read Next
Webinar to discuss Magellan in the Philippines, crew’s escape