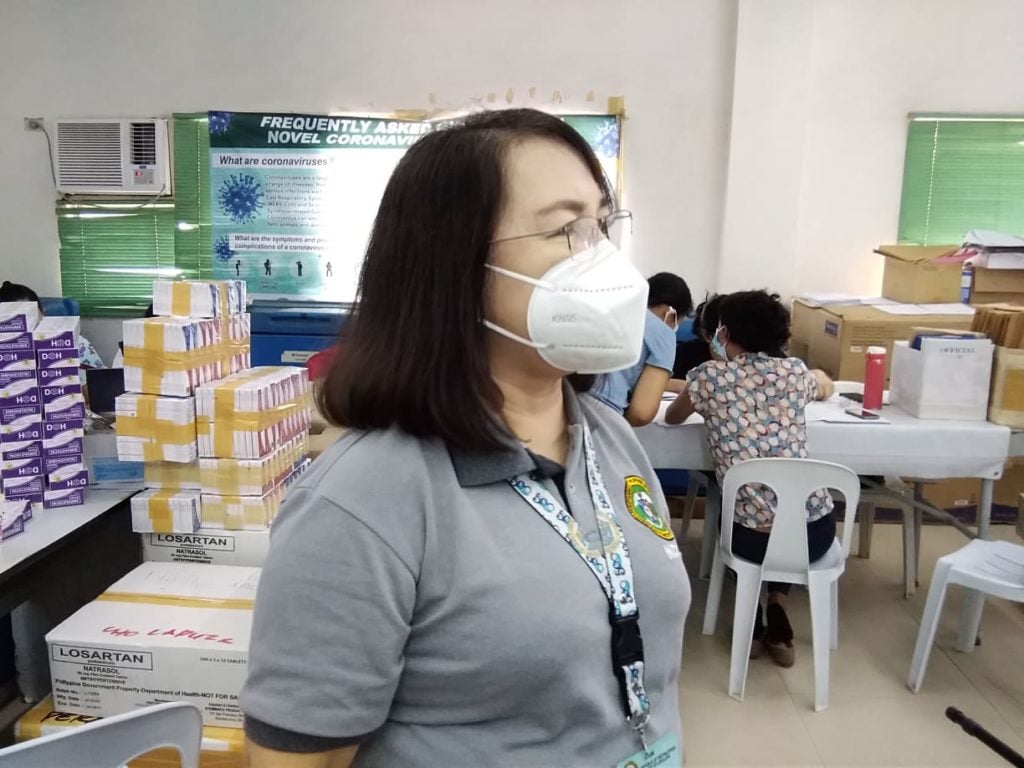 Dr. Agnes Realiza, head of the Lapu-Lapu City Health Department (LCHD), has subjected herself to isolation after having been exposed to some LCHD employees who tested positive for COVID-19. CDN Digital photo | Futch Anthony Inso

This was confirmed by Mark Anthony Bautista, public information officer of Lapu-Lapu City.

He said that the simulation was canceled after the head of the Lapu-Lapu City Health Department (LCHD), Dr. Agnes Realiza, was being isolated for having been a close contact with some LCHD employees who tested positive for the virus.

This includes Grace Carungay, the sister of Mayor Junard “Ahong” Chan and the head of the City Epidemiology and Surveillance Unit (CESU), a nurse, and a utility worker of the LCHD.

“Aside from being a close contact with Grace, there was another nurse and utility worker of Dr. Realiza who was positive for Covid-19,” Bautista said.

Bautista added that Realiza has already undergone swab testing and her result may  be released on Wednesday.

The LCHD originally scheduled the simulation on Wednesday at the Barangay Pajo gymnasium. It will now be held on the first week of March.

Read Next
How Android 12 could simplify life for its users