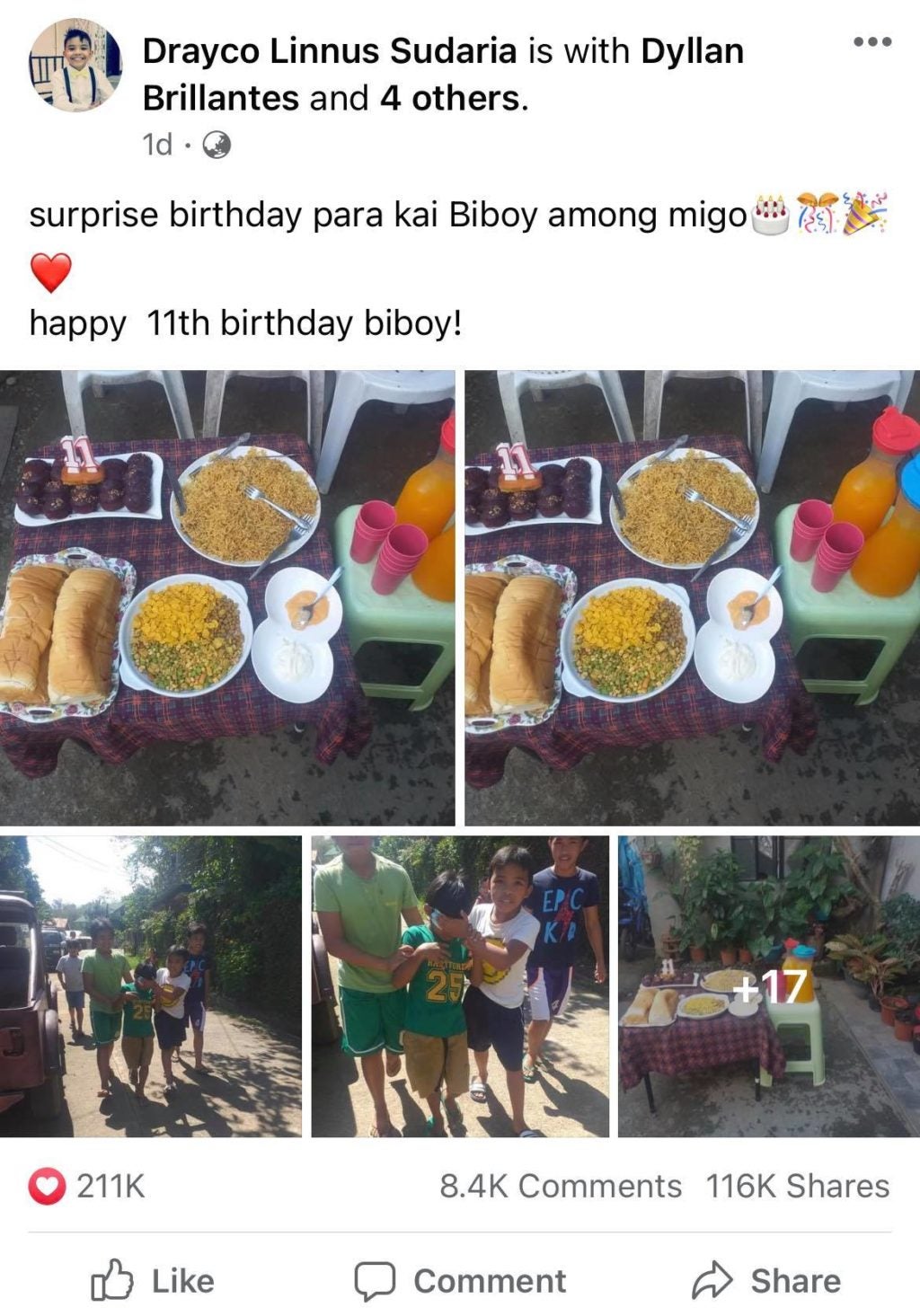 CEBU CITY, Philippines — They’re young friends who definitely know the meaning of true and genuine friendship more than most adults.

A group of kids from Malaybalay, Bukidnon moved netizens when they shared whatever little amount they have to be able to throw a surprise birthday party to a friend who turned 11 years old but whose family just could not afford to mount even the simplest of celebration to mark the occasion.

Birthdays are events most kids look forward to. But not for Biboy whose family is very poor.

Biboy however, is very fortunate to have such caring buddies who chipped in their extra coins to make his birthday unforgettable.

Drayco Linnus Sudaria, a 12-year-old kid, initiated the birthday surprise together with his cousins and friends.

According to Lennyraine Kate Sudaria, Drayco’s mother, the children bought a loaf of bread and cupcakes for Biboy’s birthday. Their aunt noticed them and was moved by the kids’ act of unselfishness, so she decided to give them fruit juice and pancit canton to complete the sumptuous celebration.

(Biboy doesn’t have anything for his birthday because they don’t have money.  His friends  came up with the idea of surprising him on his birthday.)

These kids definitely teach us that love is more than just saying the 3 magic words. It is about expressing it through our actions.

It is indeed true that grown-ups can also learn a thing or two from children. /rcg