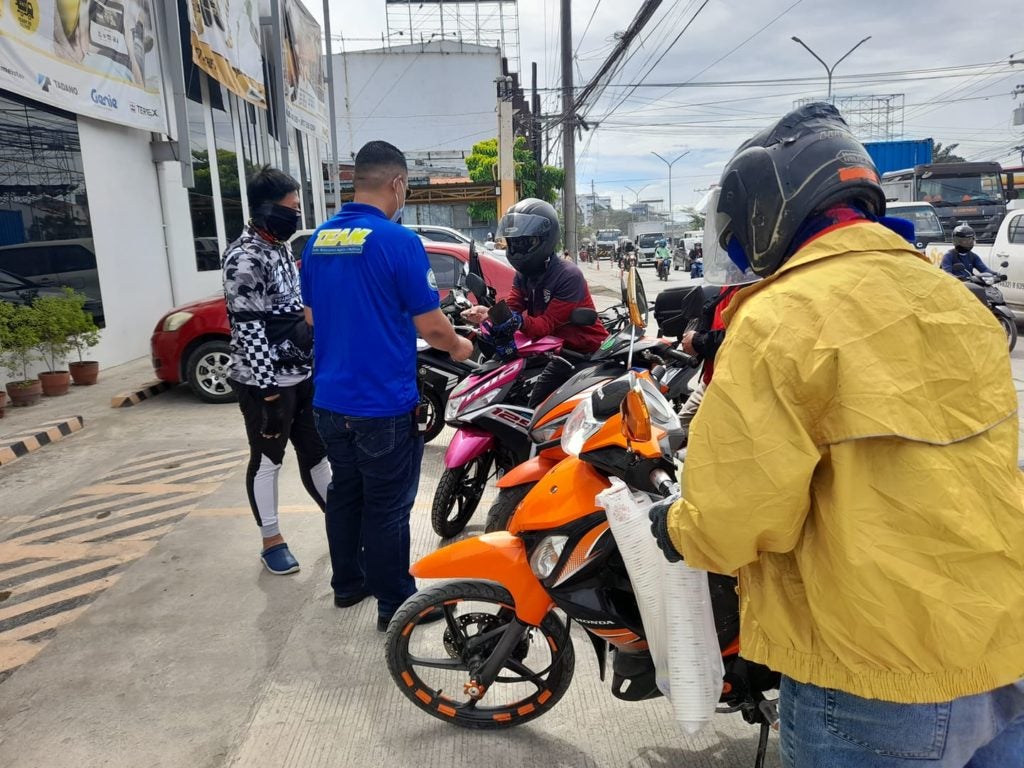 MANDAUE CITY, Philippines — Motorists especially motorcycle riders are warned not to encroach on the bicycle lanes or bike lanes in the city or they will be apprehended and fined P500.

The inspection team was made up of members of the Traffic Enforcement Agency of Mandaue (TEAM).

Ibañez said most of the motorcycle drivers encroached on the bike lanes during rush hour in the morning because a lot of people were reporting for work.

(Mayor Jonas [Cortes] ordered to protect our bikers especially those who bike their way to work, to school to the office because they are put at risk at the roads especially with the fast moving vehicles there.)

(That is why the city made these dedicated lanes along the highways and on roads where we can designate bike lanes so that they can ride their bikes safely there.)

Ibañez said their violations were disregard of traffic lanes (bike lanes) with a penalty of P500.

(They requested that they be let go for once. If this is what we do and accede to your requests then we will just do this again and when will we start to own up to our violations.)

Ibañez is reminding the public that the bicycle lanes are for the cyclists; thus, he is asking the motorcycle drivers to respect it.

Meanwhile, Phase 1 of the bike lane is now 80 percent complete.

Plastic bollards and concrete barriers have been installed on the areas that constitute the first phase of the city’s bike lane.