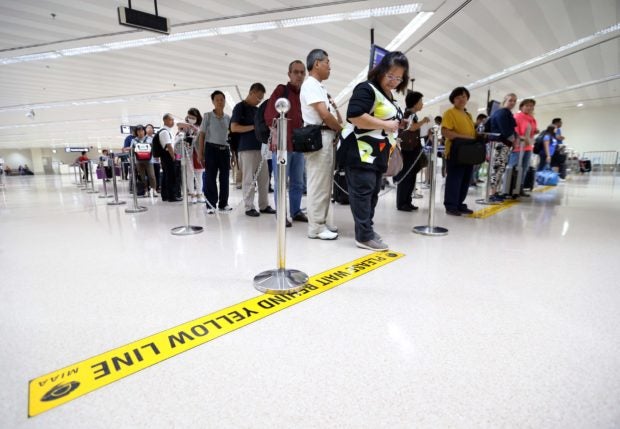 MANILA, Philippines — The Philippines has revised its travel restrictions for inbound passengers and allowed the entry of all Filipino citizens, the National Task Force (NTF) Against COVID-19 said Friday.

“All Filipino citizens, whether a returning Overseas Filipino or overseas Filipino worker shall be allowed to return to the Philippines,“ a memorandum circular signed by O Secretary Delfin Lorenzana, who chairs the NTF, stated. 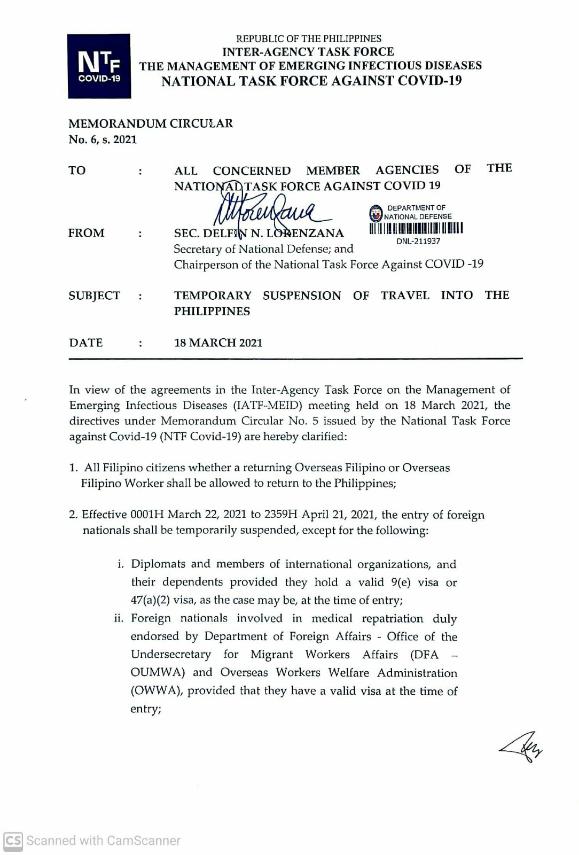 The government also revised the effectivity of the travel restriction on inbound foreign nationals that would start at 12:01 a.m. on March 22 and end on 11:59 p.m. on April 21.

The following are exempted from the travel restriction:

Earlier, the travel restriction only exempted OFWs.  It was also supposed to be implemented from March 20 to April 19.