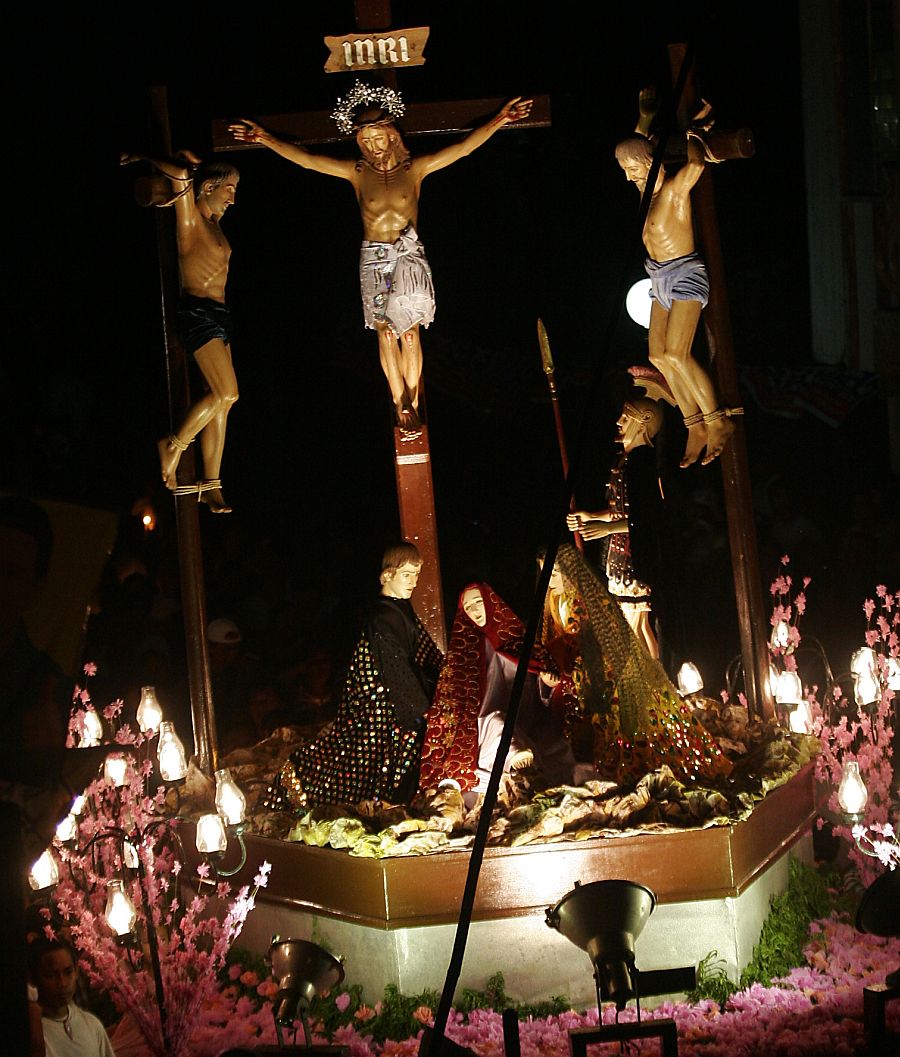 A caro carrying the crucified Jesus Christ is part of the procession in Bantayan Island, Cebu during Holy Week in this 2017 file photo.

Collado said that a tightened security detail will be implemented all over the province from March 28 to April 3 in line with the protocols set by the Inter-Agency Task Force (IATF).

Special attention will be on areas that are expected to be visited by devotees.

Collado mentioned that they are looking at two main concerns, safety and security of the area and the people.

Further, he said that they will be enforcing their frequent Reccorida together with the police-community relations officer to remind the people about the minimum health protocols set by the IATF. Apart from that, they also coordinated with the religious groups so that there will be a uniform implementation of health protocols. He added that apart from safety, they will also be conducting checkpoints to ensure the security of the devotees who will visit the province to observe Holy Week.

(We won’t only try to secure the community, but we will also secure our roads because we are expecting several devotees from the city to go to the province to observe Holy Week…those who will go to churches and those who will arrive for a vacation.)

They believe that even at the holiest week of the year, there will always be people who will take advantage of the situation. That scenario is what they are trying to avoid.

( Regardless, I already ordered our police force to check the roads, the community, and other places that devotees visit to pray. I also commanded them to implement  minimum health protocols and the wearing of protective equipment against the virus.)

Regarding the plans to augment the security forces to different areas of Cebu province, Collado said that they will hold a meeting to see if there’s a need for the deployment of forces for Holy Week 2021.

However, he said that if there’s a necessity for this, they will just request from the region. He further assured Cebuanos that security is manageable in Cebu province. /rcg