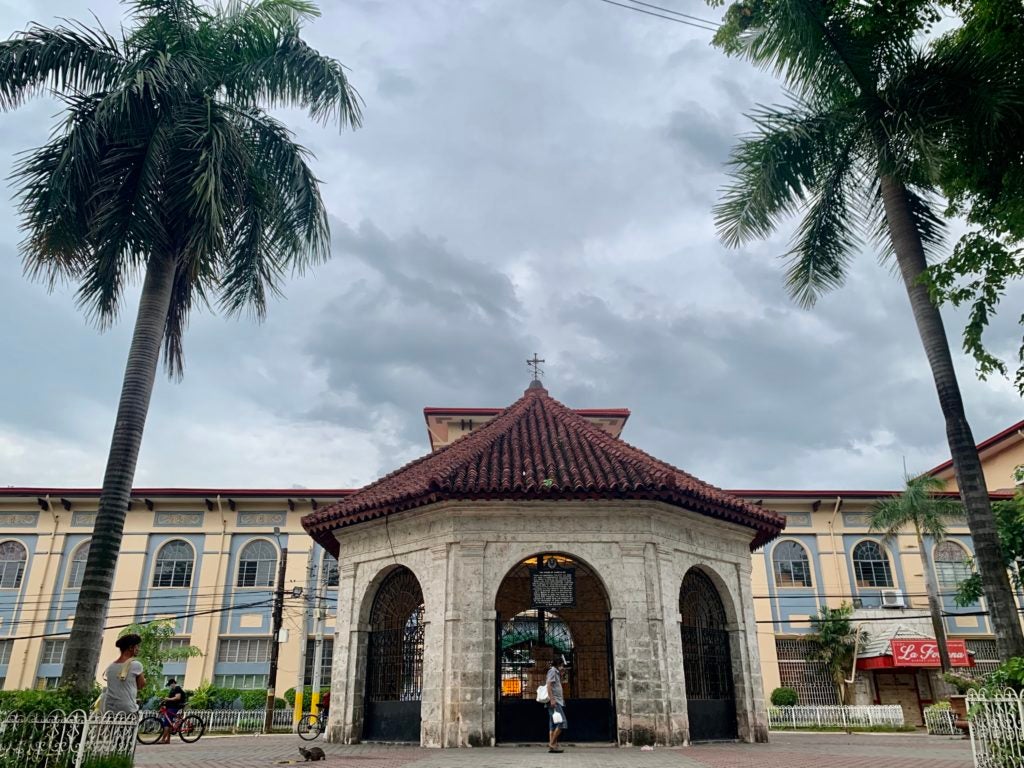 The Magellan’s Cross at Plaza Sugbo, where the reenactment of the First Baptism for the 500 Years of Christianity celebration is slated to take place this April 14, 2021. CDN Digital photo | Brian J. Ochoa

CEBU CITY, Philippines – Only 700 people will be allowed to join and witness on April 14, 2021 the reenactment of First Baptism in line with the quincentenary celebrations of the arrival of Christianity in the country.

Fr. Mhar Vincent Balili, secretary-general for the 500 Years of Christianity (500 YOC) of the Archdiocese of Cebu, announced on Tuesday, March 23, that the Cebu City Government and the Inter-Agency Task Force for the Management of Emerging Infectious Disease (IATF) allowed the event to proceed but subject to stringent health protocols.

These included closing all roads within a 300-meter radius in Plaza Sugbo, and capping the maximum number of guests to 700 only, said Balili.

“The IATF and Cebu City LGU (local government unit) have only allowed 50 percent capacity of the venue, which is Plaza Sugbo. Hence, only 700 people are allowed to be at the venue,” Balili said.

“This will comprise 300 people who will attend the Mass, which will include the concelebrating priests, and 400 people composed of ministers of the Mass, policemen, ushers, technical group, media, and first response and aiders,” he added.

The priest also said the government will only allow authorized vehicles to enter and pass near Plaza Sugbo by implementing a no-car-pass-no-entry policy.

The announcement was made during Tuesday’s Chrism Mass and Renewal of Priestly Vows at the Cebu Metropolitan Cathedral, which was led by Cebu Archbishop Jose Palma.

In his Homily, Palma expressed happiness that the Archdiocese will be celebrating the quincentennial anniversary of Christianity’s arrival in the Philippines.

This despite challenges brought about by the ongoing coronavirus disease 2019 (COVID-19) pandemic.

“If there’s an epicenter of COVID, dunay ‘epicenter’ of the celebration for the 500 YOC (Years of Christianity) and that is Cebu… We are Cebu. We are the epicenter and the heart of the celebration and the remembrance that 500 years ago, the first baptism was held here in Cebu,” said Palma.

The reenactment of the First Baptism will be held at 2 p.m. on April 14 beside Magellan’s Cross in Plaza Sugbo.

Apostolic Nuncio to the Philippines Archbishop Charles Brown will also preside over the Pontifical Mass after the reenactment, which will be followed by cultural celebrations at the Pilgrim Center of the Basilica Minore del Sto. Niño de Cebu.