Gloc-9 lauds Shanti Dope as ‘Amatz’ gets featured in Marvel’s ‘The Falcon and the Winter Soldier’: ‘Ibang level ito!’ 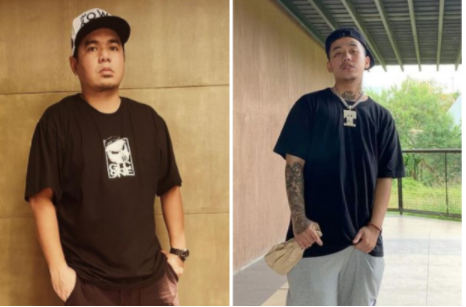 Rap icon Gloc-9 commended young artist Shanti Dope after the latter’s hit song “Amatz” got featured in the third episode of Marvel’s “The Falcon and the Winter Soldier.”

“Amatz” was aptly played after the two titular characters, along with Baron Zemo, entered the fictional Southeast Asian island of Madripoor in the episode titled “Power Broker,” which premiered yesterday, April 2.

(We are so proud of you Klumcee and Shanti Dope, this is next level! Congratulations brothers!)

Gloc-9’s message was on the post of one of the writers of “Amatz,” Klumcee, whose real name is Lester Vaño, celebrating his achievement with Shanti Dope.

The post came with a screenshot of the said episode’s end credits, which shows Klumcee as the co-writer of Sean Patrick Ramos, the real name of Shanti Dope, for “Amatz.”

In an earlier status, Gloc-9 congratulated Shanti Dope and Klumcee via the post of his wife, Thea Gomez Pollisco, sharing the good news with fans of the rappers.

Pollisco, of Asintada Management, is the artist manager of both Gloc-9 and Shanti Dope, along with several others.

She noted that this was actually the second time Disney approached her to have Shanti Dope work on an international project, the first time being with American pop star Sabrina Carpenter for the song “Almost Love.”

(One of the good news to those with Disney+ subscriptions; airing today on Marvel is “The Falcon and The Winter Soldier,” where they used Shanti Dope’s “Amatz.”]

“The Falcon and The Winter Soldier,” which is airing on streaming service Disney+, follows the story of the two titular heroes as they deal with the world’s threats, around six months after the events of “Avengers: Endgame.”

In the said series, Anthony Mackie and Sebastian Stan reprise their roles as Sam Wilson aka The Falcon and Bucky Barnes aka The Winter Soldier, respectively.

Before making its way into the Marvel Cinematic Universe, “Amatz” in 2019 stirred controversy after the Philippine Drug Enforcement Agency wanted the song be banned for allegedly promoting drug use.  /ra