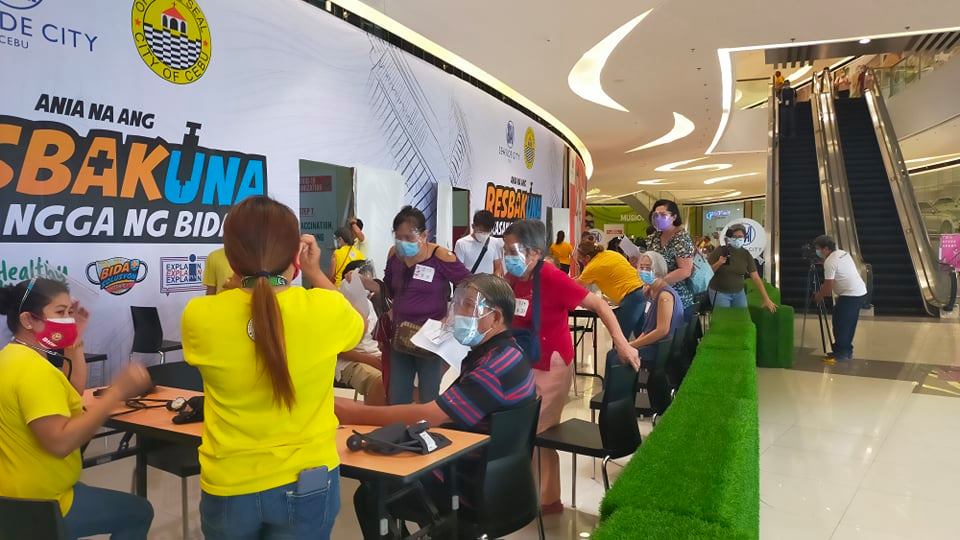 CEBU CITY, Philippines — Another vaccination site has opened in Cebu City at SM Seaside City Cebu at the South Road Properties (SRP) allowing senior citizens to be vaccinated in a more comfortable space.

Councilor David Tumulak said that more private establishments had been offering their spaces as vaccine sites especially malls to accommodate vaccinations in a bigger area.

SM Seaside is the second mall in the city that has been identified as a vaccination site, the other being Robinson Galleria in Barangay Tejero.

For SM Seaside, the barangays that will be catered here will include Cogon Pardo, Inayawan, and Guadalupe.

Tumulak added that SM City Cebu in Barangay Mabolo will also be opening a vaccination site for north district residents.

Marissa Fernan, vice president of SM Prime Holdings, said that SM had been committed to help the government in the vaccination program by providing a suitable space for the sites.

“SM has already 20 sites all over the country. This is really a manifestation that SM is here for the community. In good times, in difficult times, we are here to serve the community. That is why we have established vaccination centers in the most pleasant way possible,” said Fernan.

Doctor Jeffrey Ibones, officer-in-charge of the City Health Department, said that the additional vaccine site would help hasten the vaccine roll-out for the senior citizens. 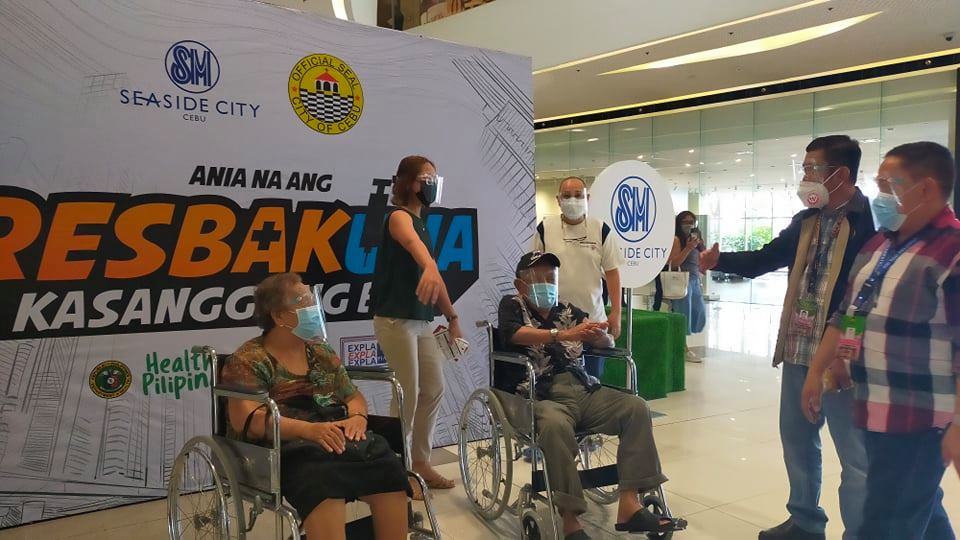 (Now, if this can be opened, then we can complete vaccinations of the senior citizens. Hopefully, the DOH can give us more vaccines so that we can maximize the rollout. It is also seen in our statistics that more and more people are having themselves vaccinated.)

Since April 19, 2021, the city had around 5,000 doses for vaccines and at least 3,000 of these have already been allocated. The City Health hopes that all of these doses will be allocated in the next few days.

This is also why the city government urges senior citizens to get registered in the online portal or through the help of their barangays as the Department of Health (DOH) will only allocate enough vaccines corresponding to the number of registrants the city has.

If more senior citizens register, the city will be allocated more doses as well. As of now, there are now almost 20,000 registrants of the vaccination program, but only 10,000 have signified getting the vaccines.

Tumulak said that in the last three days, more walk-ins had been recorded compared to registered senior citizens.

He said the city government would not turn them away as they were adamant to get as many seniors vaccinated as possible.

He noted that senior citizens enjoyed the vaccination sites since they could visit the mall after getting the shot.

(Many of them have not gotten out of their residences for nearly a year now. That is why they are so happy to be vaccinated because they can also go out.)

Vice Mayor Michael Rama, the convenor of the city’s Vaccine Storm Roll-out, said the partnership of the city government and private establishments was benefitting all residents in the city.

He said that if the city would wish to be protected from the virus, all stakeholders must do their share in little or big ways possible.