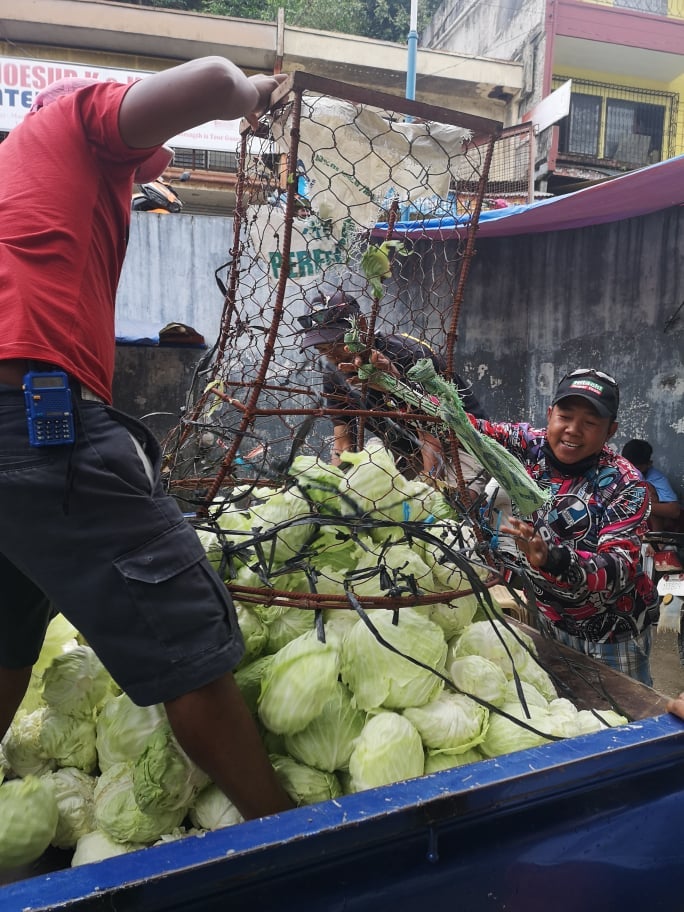 DALAGUETE, Cebu—More than 500 kilos of “surplus” cabbage, which were about to be thrown away, were saved by some volunteers at the Dalaguete Agri-Pinoy Trading Centre (DAPTC) today, April 22, 2021.

The volunteers of Radio Emergency Communication Operations Network (RECON) Mantalongon, Dalaguete Chapter cleaned and peeled the cabbages off to be distributed to the coastal barangays of Dalaguete town.

Police Staff Sergeant Fausto Cariquitan, a policeman, adviser of RECON Mantalongon and a farmer himself, said that the cabbages were stocked for about four days now and were considered “surplus”.

(These cabbages were supposed to be thrown away but we appealed to vendors that we would just give these so that these surplus cabbage could be eaten because there are many people today who are hungry. These had been in stock for four days here and had not been sold at all. Supposedly, they were preparing to dispose of them through the garbage truck.)

(We appeal to those who have the means to help the farmers here in Mantalongon. You can buy direct and you can give these to those in need. The prices of these vegetables are so cheap.)

Cariquitan, along with the other volunteers from RECON Mantalongon and Akrho Dalaguete Council will distribute the cabbages today in Barangay Banhigan and Barangay Casay in Dalaguete. 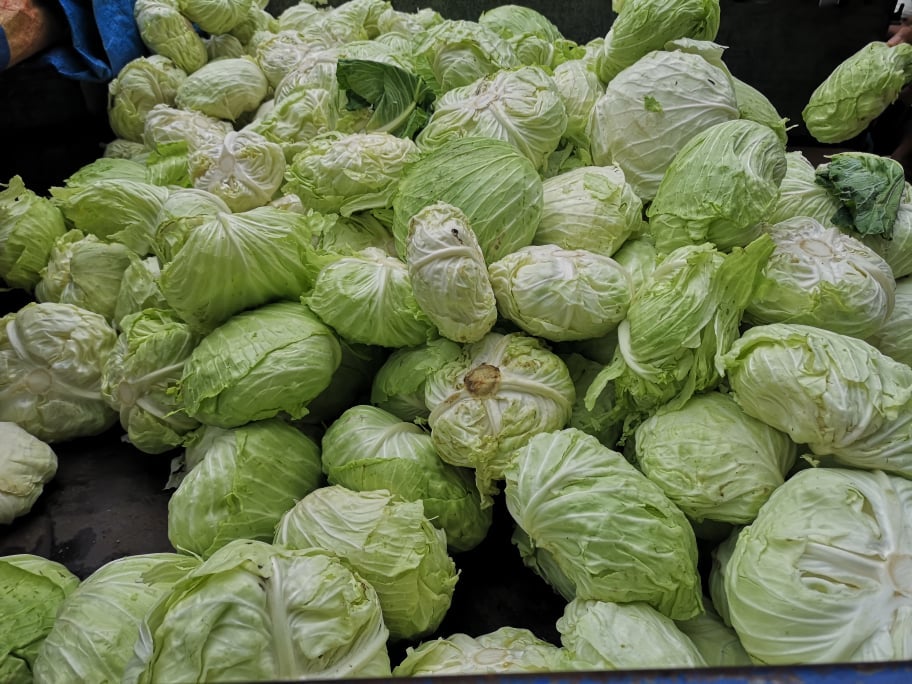 Yesterday, Cariquitan said that about 300 kilos of unsold cabbages were put to waste or were thrown away.

For six days now, the prices of cabbage and other vegetables remained very low here. It was priced at P6 per kilo on Wednesday and further dropped to P4 per kilo today.

Prices of leafy vegetables and other kinds of produce have begun to drop since February up to this time.

Juan Moran, DAPTC operations manager, said he was in talks with the local government of Dalaguete for a possible solution to this problem. 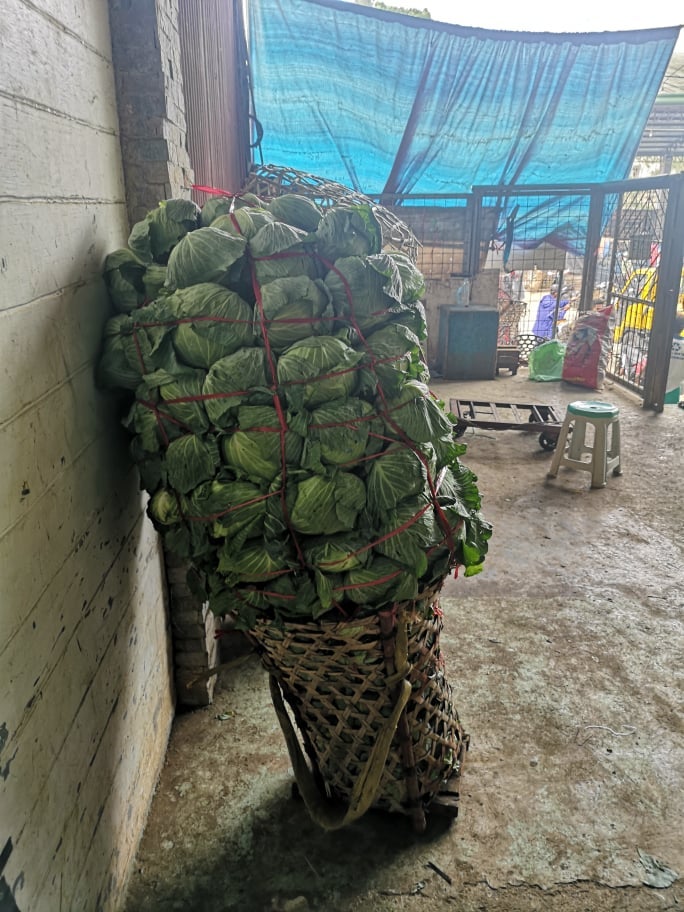 (I already talked with Mayor Jeffrey who spoke with the governor on how we can help.)

Mantalongon sits at a higher altitude with a colder climate where vegetables and fruits grow abundantly.

It is known as the “vegetable basket” of Cebu as well as its summer capital.